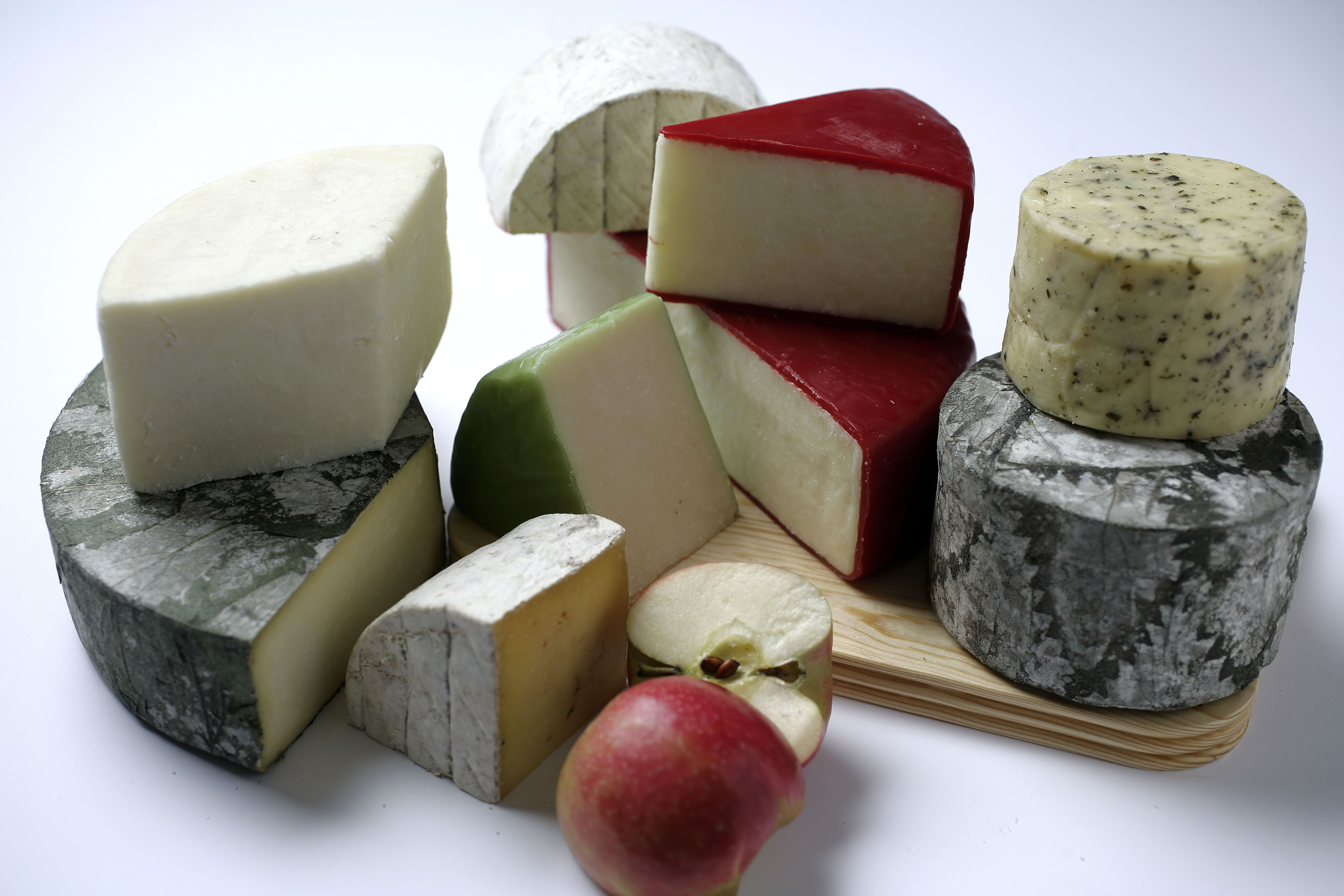 British cheese is among the best in the world right now and British Cheese week is between the 7th – 15th Septmber. Andy Welch sniffs out a prize-winning cheesemaker and some deliciously melty recipes

We’ve long since been a nation of cheese lovers, but nowadays Britain is well and truly on the foodie map as a great cheese producer too.

Indeed, while the Italians and French were once able to crow about how superior their cheeses were, that’s no longer the case. British producers are not only offering world-beating traditional varieties, but developing their own versions of tried-and-tested continental cheeses too.

For example, the Carmarthenshire Cheese Company’s camembert is very good, especially so when pricked with shards of garlic and rosemary, doused with a little white wine and baked for 20 minutes in a medium oven.

The International Cheese Awards took place in late July and saw more than 4,000 different cheeses proudly displayed and judged at the annual event in Nantwich, Cheshire.

This year’s supreme champion was Claxstone’s Smooth Blue (available from claxstone.co.uk) which was two years in the making by a company which previously focused on aged Stilton.

“We had a discussion about three years ago and basically said there are people out there who find Stilton too strong in flavour, so we wanted to make a milder, artisan blue cheese. It’s soft from the fridge, so easy to eat, great for nibbling, on cheese boards and in cooking.

“As for British cheese in general, it’s come on in leaps and bounds over the past six years, there are small producers coming into the industry offering craft cheeses, goat and sheep’s milk, you name it.

“I’ve been in cheese production for 35 years and I can see things are in great shape. It’s very exciting.”

Another great thing about cheese is the endless choice available. Whatever your preference, there’s something to suit your palate.

Want something so strong, savoury and mature that it’ll make your eyes water? There are Farmhouse Cheddars and blues to do just that.

After something for the perfect ploughman’s, or a sandwich to remember? Then there’s a Wensleydale, double Gloucester or red Leicester for you, while any number of soft and gooey, hard or melting cheeses are available from supermarkets and artisan producers up and down the country.

Vegetarians, and those with a lactose intolerance or aversion to the high-fat content, are also catered for with new and, crucially, tastier options popping up all the time. Check out lactofree.co.uk if you want that cheesy taste without the lactose.

And while cheese is delightful eaten straight off a board, there are endless ways to use it in cooking too, and you’ll find lots of recipes on the British Cheese Board’s website (Britishcheese.com) – here are three of my favourites.

They include recommendations of which cheese to use but, of course, whatever you like will do just fine. 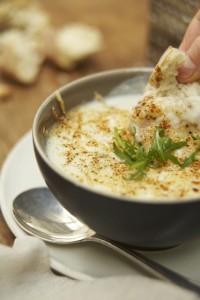 Heat the oil in a large saucepan. When the oil is hot, add the onion and soften slightly, then add the cauliflower, garlic and rosemary. Cook for around 10 minutes, or until the onion is very soft and a golden colour, stirring all the while.

Stir in the flour, milk and chicken stock. Season and bring to the boil. Cover and simmer gently for 30-35 minutes or until the cauliflower is very soft.

Cool the soup a little then puree in a blender or with a hand blender. Return to the rinsed pan and reheat gently. Dilute, if necessary, with a little extra stock and correct the seasoning.

When ready to serve – the soup can be made to the this point the day before – turn the grill on high. Place the bowls in a roasting tin. Stir 50g of blue cheese – Claxstone’s Smooth Blue would be a good choice, available from claxstone.co.uk – into the soup and ladle into shallow, heatproof soup bowls (the bowls need to be quite full). Sprinkle the reserved cheese and a little paprika over the soup.

Boil a kettle of water and pour the hot water into the roasting tin around the base of the bowls to make a bain-marie. Using oven gloves, carefully lift the roasting pan under the grill and cook for five to 10 minutes, or until the tops are golden and bubbling. Carefully remove the roasting tin from the grill and lift the bowls out. Gently wipe dry and garnish with rocket. Serve the soup with warm soda bread or freshly made cheese scones. 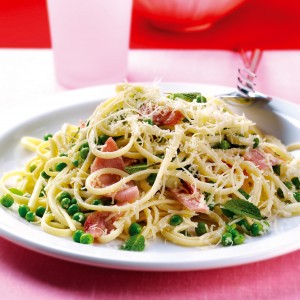 Cook the linguine in plenty of boiling, salted water for 10-12 minutes, or one minute less than the pack instructions to ensure it’s al dente and not gloopy.

Meanwhile, heat the olive oil in a frying pan and sizzle the bacon for two to three minutes before adding add the garlic and spring onions. Cook gently until softened, without browning. Add the peas, then heat gently, stirring for a couple of minutes.

Drain the linguine, making sure to keep four tablespoons of the cooking liquid, then return it to the saucepan with this liquid. Stir in the bacon and peas, add the lemon zest, Cheddar and mint leaves, stirring gently to combine. Cook over a low heat for about two minutes, until thoroughly reheated. Season to taste, going easy on the salt as the liquor and bacon will add plenty. 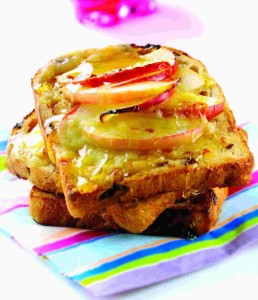 1 apple – crisp, such as a Cox, Pink Lady or Braeburn

Whisk the egg, milk and vanilla extract together in a bowl. Add a pinch of either cinnamon or nutmeg. Dip the slices of fruit bread into the egg mixture, allowing them to soak for a few seconds before transferring to the prepared baking sheet.

Core and thinly slice the unpeeled apple and arrange the slices on top of the bread, then finish off with the sliced Wensleydale cheese. Sprinkle with a little extra cinnamon or nutmeg.

Bake in the oven until golden, should take four to five minutes, then serve, drizzled with a little honey or maple syrup. You could also serve with a spoon of Greek yoghurt or a spoonful of creme fraiche.