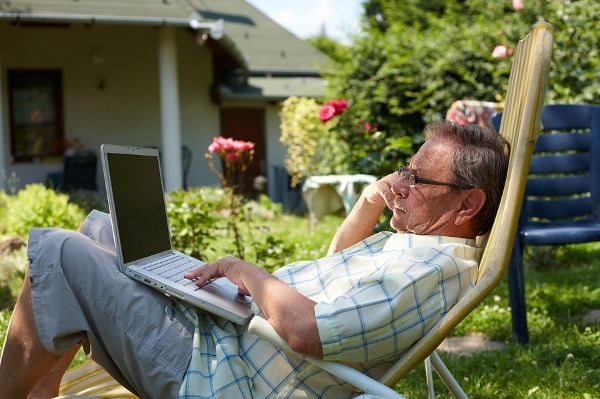 Silver surfers are less likely to suffer from depression

Whilst Internet use has been blamed for mental health problems and social isolation among young people, new research suggests that ‘silver surfers’ are less likely to suffer depression.

The study, based on a survey of almost 8,000 men and women aged over 50, shows that regular users of social-networking sites are almost a third less likely to be diagnosed with depression compared with non-users.

It is known that rates of depression increase with age. Research from the University of Illinois found the incidence of depression was at its lowest around the age of 45, and highest among the over-80s.

It is reported that five per cent of 70 year olds suffer from depression which then increases to 13 per cent by the age of 85. Loneliness, social isolation and lack of emotional support are among the reasons for this trend.

In the new study – the biggest so far on the health effects of internet use among older people – participants were asked whether they regularly used the internet and were then assessed for mental illness.

‘Our findings suggest that internet use has a positive effect on depression,’ says Dr Shelia Cotten, who led the research at the University of Alabama and other centres.

Increasing numbers of older people are going online, with the latest statistics from the Pew Research Centre, a US think-tank, showing that a third of over-65s use social-networking sites, compared with six per cent three years ago

Six per cent of internet users aged over 65 use Twitter. The think-tank found the internet helps older adults, many of whom have impaired mobility, to keep in touch with friends and family, and expand their social networks.

Another study at the University of California showed brain changes in men and women one week after using the internet for the first time. The researchers said internet use stimulates nerve-cell activity and could boost brain functioning in older adults.

Nichola Adams, whose research at the University of Surrey has looked at barriers to accessing the internet among older people, says: ‘The internet provides an important tool for the rapidly increasing older population to lead independent lives, to keep in touch with friends and family and to make informed decisions on many issues from health to travel.

‘The major reasons for not using the internet were found to be lack of knowledge or access.’

‘Our own research has shown that once the initial practical issues have been overcome, there were still psychological barriers.

‘Social and work networks are important to uptake and older users need back-up to overcome apprehension at the beginning.’

What is your view on the benefits of social networking?