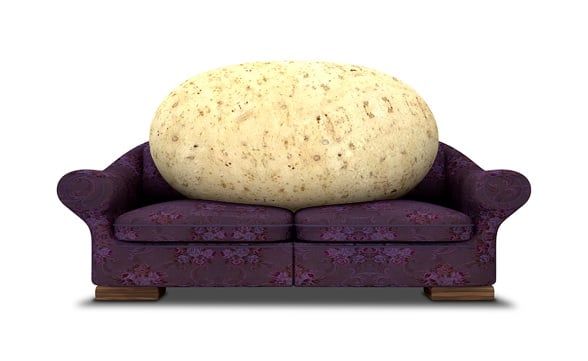 The high price of inactivity…

According to statistics, someone in the UK dies directly from physical inactivity every 15 minutes.

The Lancet has just this week published a major review; Effect of physical inactivity on major non-communicable diseases worldwide: an analysis of burden of disease and life expectancy (18 July 2012)
It concluded that physical inactivity has a major health effect worldwide. Decrease in or removal of this unhealthy behaviour could improve health substantially.
It’s Summary; Strong evidence shows that physical inactivity increases the risk of many adverse health conditions, including major non-communicable diseases such as coronary heart disease, type 2 diabetes, and breast and colon cancers, and shortens life expectancy.

Because much of the world’s population is inactive, this link presents a major public health issue. We aimed to quantify the effect of physical inactivity on these major non-communicable diseases by estimating how much disease could be averted if inactive people were to become active and to estimate gain in life expectancy at the population level.

With just a minimal amount of physical activity – even at low to moderate intensity – even 30 minutes of activity a day can prevent heart disease and other illnesses.  A good rule of thumb is to see if the activity makes you feel warm and breathe a little harder – if this is the case, then it will benefit your health. The British Heart Foundation suggests a number of activities including sex (knew you’d like that), walking briskly, vacuuming and playing any sport. For those less strenuous, the good news is that the 30 minutes can be broken into 10 or 15 minute sessions a few times a day.

Statistics have shown that people who take regular physical activity are much more likely to have twice the protection against coronary heart disease, compared to those who are inactive.
Currently, a mere 30% of UK 50-64 year olds take the recommended physical activity amount and as people get older, it gets worse. A paltry 6% of 65-84 year olds in England get enough exercise.
According to a You Gov poll, three out of five 50-65 year olds are aware of how much activity they should be embarking upon but very few are willing to fulfil the need and this has led to half this age group are worried about their inactivity.

It is well known that frequent regular exercise will help people dramatically improve their heart as well as their health, balance, mobility and mental state of mind. (source:British Heart Foundation)

Office of National Statistics – national well-being debate concluded that 89% quoted Health as mattering the most to them, the highest percentage reported out of :

Health 89%
Having good connections with friends and relatives 89%
Job satisfaction and economic security 86%
Present and future conditions of the environment 73%
Education and training 69%
Personal and cultural activities, including caring and volunteering 68%
Income and wealth 62%
Ability to have a say on local and national issues 59%
Crime 56%
Other 28%

So it seems clear that awareness is improving but many of us either remain less aware than we should be of the importance of physical activity or we don’t know how to begin to increase our physical activity.


Lack of time is not an excuse, it simply part of the problem; so in the next article we will look at simple ways to incorporate physical activity into your day.

Pat Fox is an exercise physiologist and exercise specialist. After graduating from Otago University in sport and exercise science he completed his MSc in exercise physiology at Brunel University. Pat has worked with a wide range of groups from young developing sportspeople, older age groups and those with specific needs such as diabetes, cardiovascular disease, musculo-skeletal injury, high blood pressure, arthritis, obesity and those new to exercise.

Wake up: how to say goodbye to tiredness and fatigue

The Benefits of Stretching

5 benefits of exercise for the over 50s
JOIN SILVERSURFERS AND...