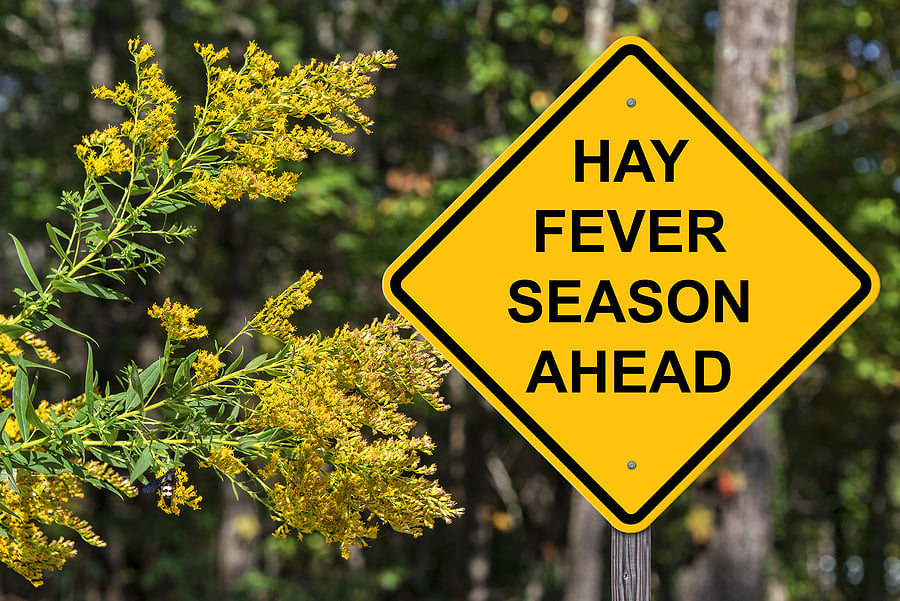 Spring, although longed for by many, is a mixed blessing for others. As hand in hand with the change of season comes pollen.

Pollen is the male fertilising agent of flowering trees, plants, grasses and weeds and is usually in the form of a very fine powder. Many people have an adverse immune reaction when they breathe in pollen, this is what is commonly known as hay fever.

Pollen contains proteins that can cause the eyes, throat and sinuses to become irritated and inflamed, so common hay fever symptoms are a runny, itchy and/or blocked nose, sneezing and itchy eyes

Who does hay fever affect?

Hay fever is an allergy to pollen that affects around 1 in 5 people and as such is one of the most common allergies in the UK.

Usually beginning in childhood, hay fever can affect all ages. You are more likely to suffer from hay fever if you have a family history of allergies, especially asthma or eczema. More boys tend to be affected than girls but it seems to equal out with age.

Hay fever symptoms completely disappear for 10 to 20% of sufferers as they get older.

When is the UK hay fever season?

Hay fever is usually worse between late March and September, especially when it’s warm, humid and windy. This is when the pollen count is at its highest and is when the majority of people will suffer.

However, severe sufferers may struggle all year round. This is known as perennial rhinitis.

Every person is different and will react to different types of pollen so when you suffer depends on the type of pollen you are allergic to.

When is specific pollen released?

Mid-May to July – grass pollen and flower pollen is high

Late June to September – weed pollen is at its most potent

What are hay fever symptoms?

There is no cure for hay fever but there are some precautions that you can take to avoid exposure to pollen and some treatments that may help to alleviate symptoms:

If symptoms are extreme or persistent then a visit to your GP is recommended as they can discuss further options.

Immunotherapy may be recommended as an option; this requires exposure to small amounts of pollen over a period of 3 years to build resistance, but in most cases, hay fever can be controlled by making behavioural changes and by taking over the counter medication.

Are you taking your medication properly?

Looking after your asthma in hay fever season

Worried about blood clots? Here’s what you need to know

Fibromyalgia Awareness Month: 11 things people living with the condition want everyone to know