This site uses cookiesClick here to remove this messageMore information
Welcome to Silversurfers - features, offers, news & social forums for the over 50s...
Silversurfers
Log In Join
Silversurfers
Menu
Health
Health & WellbeingMindMen’s Mental Health Month: Why do so many men find it difficult to talk about their feelings? 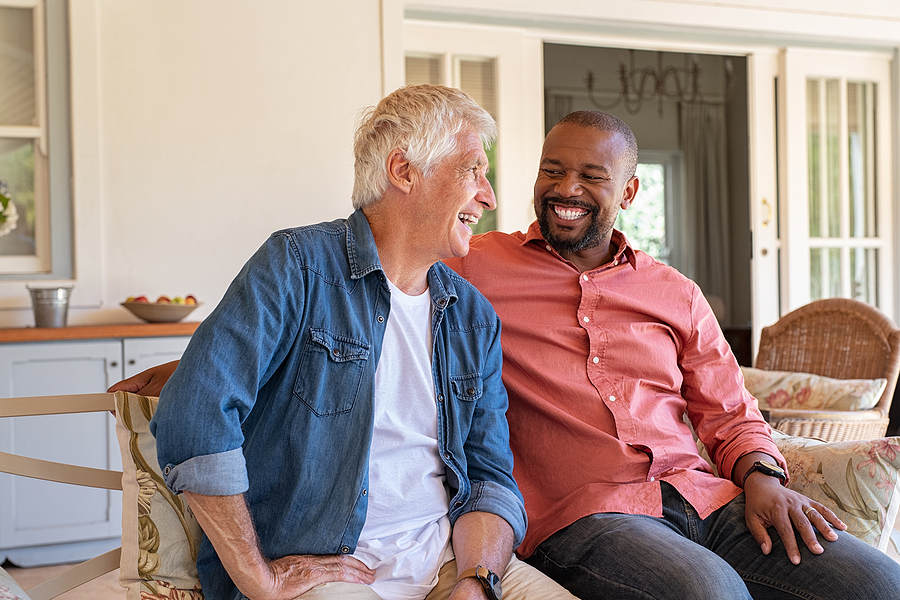 Men’s Mental Health Month: Why do so many men find it difficult to talk about their feelings?

This November you’re likely to spot lots of men with moustaches of varying stages – and it’s important to remember why.

On average globally, one man dies by suicide every minute, according to men’s health charity, Movember. Male suicide rates are three times higher than amongst women in the UK – even though women are more likely to be diagnosed with depression – and those living in deprived areas are also three times as likely to die by suicide.

There’s no getting away from the facts: men’s mental health is in crisis. While conversations around mental health – from the workplace to professional sport – are gathering momentum, so much more needs to happen to normalise discussing emotions if you identify as male.

This Men’s Mental Health Month, millions will be raised worldwide as moustaches are grown for Movember, so why is it that many men find it so hard to open up about their mental health?

We are living with centuries-old perceptions of what it means to be ‘masculine’ – the alpha male who is the provider, in control and always ‘strong’ – and these toxic gendered stereotypes are as bad for men as they are for women.

Many factors have fed into how an individual man may perceive gender too. “The way we’re raised, our home environment, school, wider family and friendship groups, all inform the way we understand what gender is and how we see ourselves,” explains Dr Steve Robinson, Movember mental health advisor, emeritus professor of men, gender and health at Leeds Beckett University, and the author of Understanding Men And Health: Masculinities, Identity And Wellbeing. If your dad was a closed book, for example, it makes sense that opening up might not come naturally.

While of course, not every man feels constrained by dated male stereotypes, “those who end up internalising more restrictive, traditional notions of gender and masculinity – including strong notions of self-reliance, control, and of avoiding any actions perceived as being feminine – often have the most difficulty opening up and seeking help,” says Robinson.

There’s a problem though, as Dr Jeff Foster, GP and men’s health specialist at H3Health, says. “The media still wants ‘men to be men’. We see in movies and on TV that male stars are more muscular and tough than ever. The ‘perfect man’ should be ‘tough’ and ‘masculine’, [and] we tell children not to ‘cry like a girl’. So men don’t know where they fit – they are supposed to be able to talk, but also be men and be tough.” 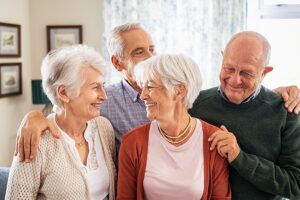 Lockdown left many people feeling more isolated than before, as social situations ceased for everyone. But for many men, cutting off those chances of interactions had a particularly negative impact – especially if there were less likely to open up at home or via technology.

“The pandemic has definitely thrown up lots of challenges for men – whether it be physical distancing, job loss, or financial strain on relationships,” says Dr Zac Seidler, clinical psychologist and director of mental health training at Movember. “But our findings show that men are hungry for connection and need support in these trying times. Strong social connections are an important protective factor against depression and suicide.”

And it’s not uncommon for men who are struggling to engage in “negative coping strategies”, Robertson says – excessive alcohol or food, or risk-taking behaviour for example, to avoid thinking or talking about underlying issues.

While in his work, Foster has seen an increase in young men going to see a GP about mild anxiety or low mood,  “as they watch TV and absorb social media, they feel empowered to be open about their feelings”. But, he adds: “The patients we really need to see are those older men in their 40s and 50s, where suicide rates are still [so] high. These men are still not coming to see us enough and remain a challenging area of male mental health to crack.” Those men, he says, who can’t relate to “rich celebrities talking about how they’ve struggled with mental health in glossy magazines”.

Foster continues: “We really need more TV and media awareness of normal guys in their midlife who have been through mental health problems and illnesses, how they felt and how they have dealt with it. We need all men to see that they are not alone, and this problem is far more common than they think.”

Robertson adds: “The most important thing we can do is to stop focussing on and repeating the idea that men can’t and don’t talk about their feeling, and provide more examples of when men do this. Presenting images, examples and personal stories of men – from different social groups, sexualities, ethnicities, ages – and doing this through as many outlets as possible will start to normalise it.”

Of course, it’s not as simple as saying ‘just open up’. Years of conditioning to do otherwise can make it feel really difficult to allow yourself to be vulnerable and tell a friend, colleague or family member how you feel. But whether it’s normalising talking about an emotionally draining day, a mentally challenging week, or admitting that feeling low is a regular thing you’re struggling with, you can start slowly.

“The simplest advice would be to take a chance and make the first move in opening up,” says Robertson. “I don’t mean immediate, full and frank confession of all your inner feelings and turmoil. Start slowly with a trusted friend, sharing something personal that is going on and check the response. Even if there isn’t an immediate response, you will have opened up the possibility for a return to the topic in the future. 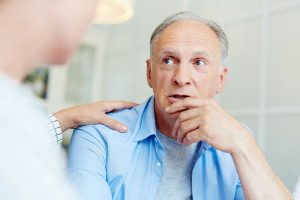 “You have also signalled to your friend that you feel safe enough to have shared something important, which may lead to them doing the same.” And don’t worry, he says, it doesn’t mean you’ll spend all your time having heart-to-hearts – “but it does make it known that these types of conversations, when required, are OK. Friends like to be helpful, so give them the opportunity when you need some support and chances are you won’t be disappointed.”

If it’s a friend you’re worried about, or you notice they don’t ever speak about their emotions, try to give them a window to talk. Seidler says although everyone knows it’s important to have meaningful conversations to support others, “confidence and knowledge around how to do that with men is low”.

He adds: “We know these conversations can often feel uncomfortable or awkward, [but] checking in on your friends and loved ones can make the world of difference. Don’t assume they don’t want to be bothered or don’t want to talk.”

The Samaritans helpline – 116 123 – is free and available 24/7 for anyone who needs confidential support for feelings of distress, despair or suicidal thoughts.

Stress Awareness Week: Could you be addicted to stress?