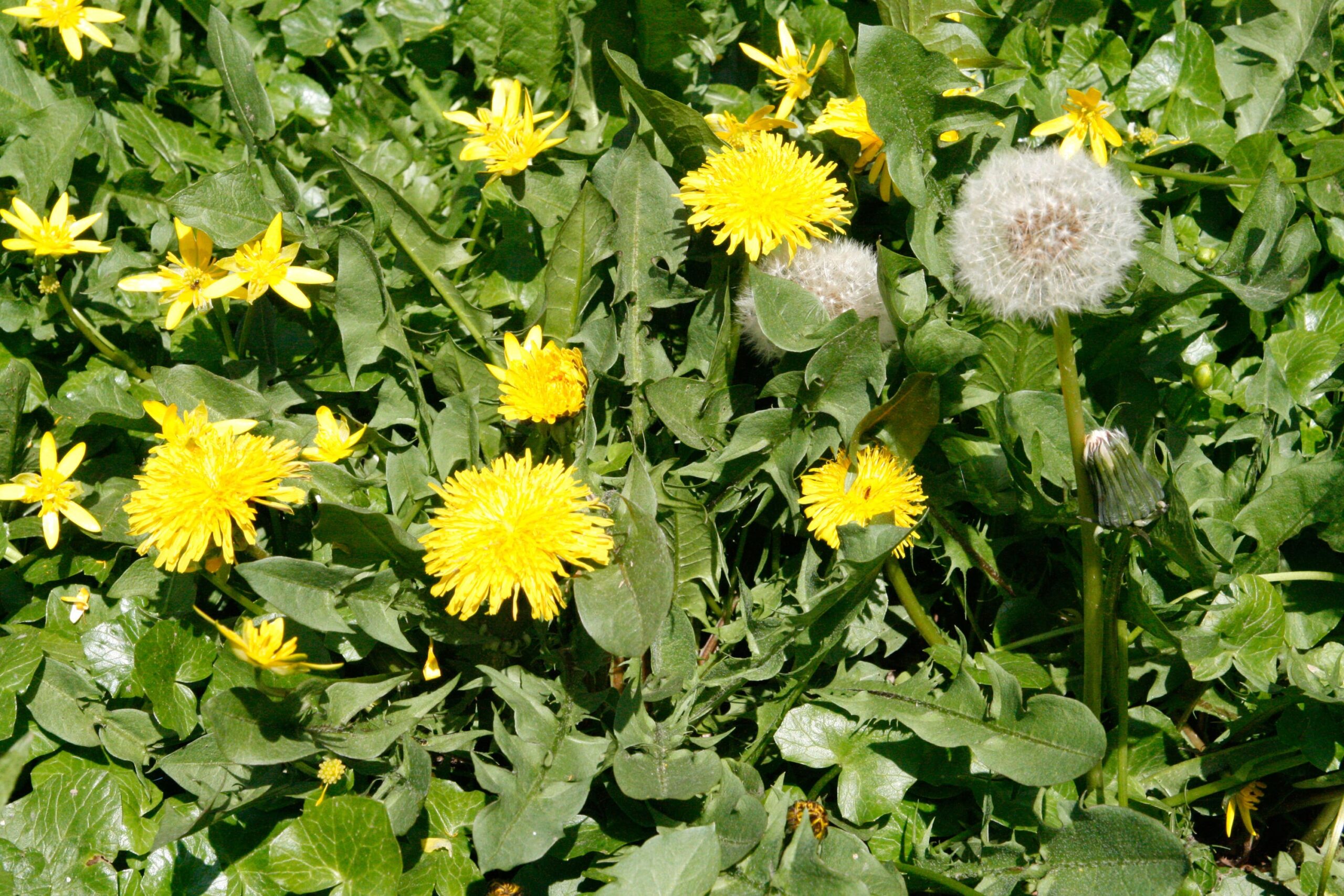 A garden designer explains why we should learn to love weeds

With the growing season now well underway, weeds inevitably start to emerge in flowerbeds and your veg beds.

If you’re knee-deep in nettles, brambles and other pernicious weeds and just can’t seem to get them under control, maybe you need to take a step back to reflect on their untapped beauty and biodiversity benefits. So says garden designer Matt Rees-Warren, author of The Ecological Gardener, a new book that explores how a garden can work in harmony with nature.

“A lot of weeds are really just wildflowers, and the gardening public is starting to become conscious that they are really important to reversing the biodiversity decline,” says Rees-Warren. He calls the prevailing idea that a garden dedicated solely to flowers is going to be best for wildlife, “not true”. In fact, “nettles and ragwort have a much higher relationship with lots of different wildlife than any other plant you’ll come across.”

Many gardeners readily plant and encourage invasive non-native species including giant rhubarb, lady’s mantle, Spanish bluebell and Virginia creeper, yet view indigenous plants such as comfrey, daisy, dandelion and teasel as invasive weeds and quickly remove them, he points out.

“Most of the really bad invasive plants we see in this country – Japanese knotweed, Himalayan balsam – are all horticultural gardening plants that have escaped. Gunnera is usually put by waterways and the seeds find their way into rivers and onto banks.

“Spanish bluebells, which are bigger, stronger and chunkier than our native variety, have taken over when they are released into the wild.

“Our own native alchemilla is a much more delicate variety than the non-native type which is often favoured. The more it is planted, the more chance there is that it will escape into the wild and push out our native species.

“The root to regaining a balance of biodiversity is through native plants which, over thousands of years, have developed very specialised relationships with wildlife.”

Time to rethink our weeding habits

“Weeding is a cultural thing,” says Rees-Warren. “It’s become a neat and tidiness thing. If you go to the garden centre and buy your beautiful cultivar plants, it’s much easier to just keep weeding around those.

“Or if you’re growing veg, it’s much easier to weed out everything else. People just become so attuned that ‘weeds’ are there to be got rid of when a lot of them are native plants that you should keep.”

How tidy do you need to be?

“It’s about giving over a small amount of space. When people hear, ‘Turn your lawn into a wildflower meadow’ they look out and say, ‘Well, where am I going to sit?’ But maybe they could just plant a strip. It’s about looking at it as a percentage.

“Maybe you’ve got an area around the edge which needs to grow long, or let plants like daisies take hold between your paving cracks.

“Just allow yourself a moment to say, ‘That’s my wild area’. It’s allowing tidy tendencies to be pulled back and adapting a different mindset.” 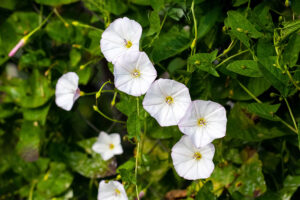 “Bindweed is native, and I would never advocate completely giving into something like that. It’s about a balance. Looking at brambles and bindweed and saying they’ve all got to go is where the detriment comes in. If all of us get rid of those species, biodiversity decreases.

“Maybe you could keep a patch of nettles behind a shed. You need to find a spot where you can say, ‘That’s where I’ll stop my tidiness and allow things to go a bit wild’.”

Much wildlife depends on brambles, from the nectar in their flowers to their fruits in the autumn and the habitat created by their stems, Rees-Warren points out. Bindweed, perhaps the most vilified of our native species, is terrific for biodiversity. Dig some of it out, but if you can live with it in a container and treat it like a climber, wildlife will benefit, he adds.

You could create a nettle bed by planting them in a bucket or a raised bed, so the roots are contained at the side and the bottom, Rees-Warren suggests. And you can make a wild area look pretty. “You can do this using long grass and flowering perennials. If you allow grass to grow long and cut a path through it, that’s the height of style.”

As well as planting non-native plants like, say, nasturtiums or tomatoes, in a small space, pot up a container with ox-eye daisies or bird’s foot trefoil, knowing that will aid indigenous wildlife, Rees-Warren suggests.

How to help change mindsets

You need to look at the bigger picture, Rees-Warren observes. “I understand you would want to remove bindweed or ground elder so it doesn’t swamp the plants you’ve just spent a lot of money buying, but it has to be a balancing act.

“It’s down to just taking a moment to think about what you want to eradicate. Native plants are going to have a greater relationship with native wildlife.”

The Ecological Gardener by Matt Rees-Warren is available now at Amazon.

Time for a new forest hobby