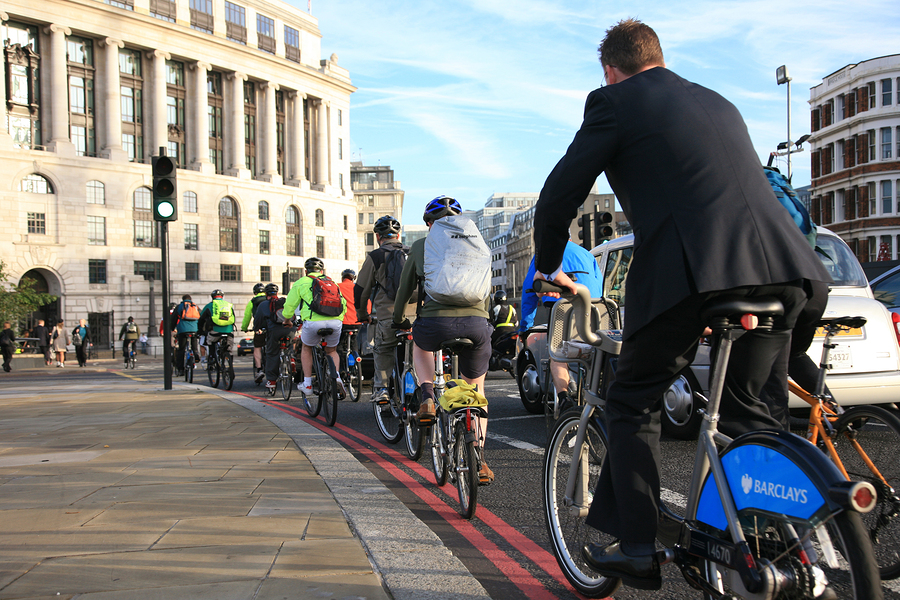 Ditching 4 wheels for 2: tips on cycling to work

Sometimes it feels as though there’s a war going on between cyclists and motorists as a battle for space on the road intensifies.

But it can be forgotten that many motorists are also cyclists and vice versa. While there are bugbears on both sides, many drivers are seeing the benefits of switching from four wheels to two when it comes to getting through town and heading for work. Here are some things to consider when turning the engine off and getting on your bike

Clearly there are health benefits about taking to the road on a bike. Although it’s a low-impact type of exercise (making it easier on your joints), you’ll still burn plenty of calories, and if you ride up hills, your upper body will certainly feel the benefit. If you’re a driver sitting in a long queue at lights or in a traffic jam, the sight of a cyclist nipping through to the front and beyond must make all but the most committed car-lover a little bit envious. A cyclist also has lower running costs and less worries about parking.

There is a perception that cycling is the most dangerous method of transport on our town roads and we do seem to be hearing about more accidents where cyclists are fatally injured. Sometimes it can be caused by other vehicles (or even tramlines) but weather will always hit bike-riders harder than if you’re inside a car. Almost every condition leads to some sort of hazard for a cyclist to overcome: even hot summer days provide danger from the sun’s glare and requires you to keep drinking cold water to prevent dehydration.

Rules of the road

Contrary to the belief of some cyclists, traffic lights and crossings do apply to them.  While cycling on pavements is forbidden, confusion does occur when we consider the definition of a pavement given that footpaths, footways and highways somewhat muddy matters. Being able to be seen in dark mornings or at night used to be advisory but is very much required legally now, so make sure you have proper lighting/reflectors. And do not cycle while under the influence.

Be safe and be considerate

Finding quieter routes as part of your regular journey, having a good solid town bike, and wearing a helmet (it’s amazing how many cyclists don’t take this simple safety measure), all make cycling safer. As cyclists like to be shown consideration by drivers, the same applies the other way round. Cycling two abreast may be perfectly legal, but it can cause unnecessary delays in busy traffic and may inflame the ire of drivers behind. And please do signal. It’s both courteous and safe.

Would you consider leaving the car at home more to start cycling?

lynnee50
5th May 2019
0
Thanks for voting!
Take a look at this, the cycles are specially designed for the mature rider, they are amazing. https://www.islabikes.co.uk/icons/
ReplyFlag as inappropriate