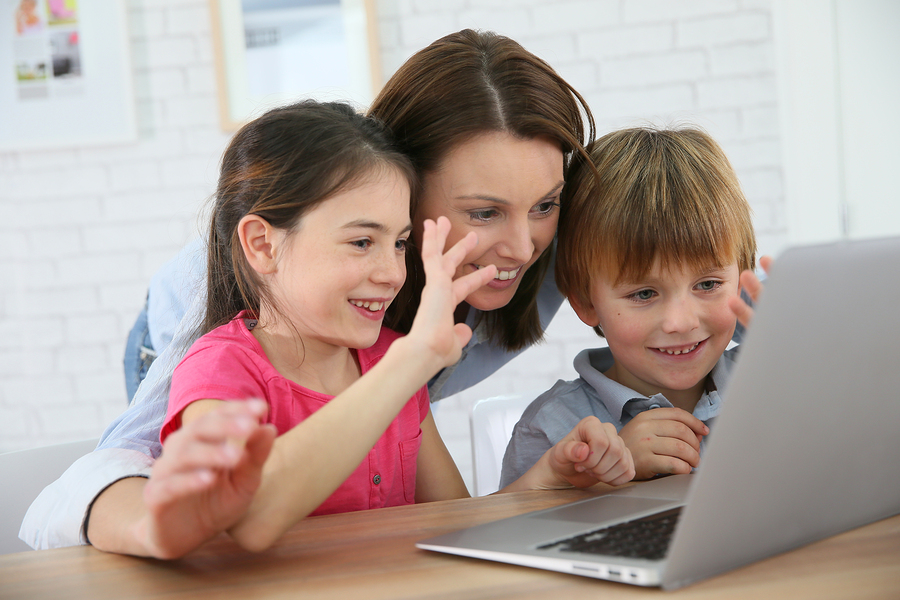 By Rachel - Silversurfers Assistant Editor May 20, 2015

It’s never been easier to travel the world and live in far-flung countries. And while this ability brings with it plenty of advantages, it can be difficult for families who suddenly find themselves living thousands of miles apart.

If you live in a different country to your grandchildren – whether that’s because they’ve moved away, or you have – keeping in touch can be tough. But there’s plenty of ways to stay connected, so you don’t grow apart even though you’re physically separated.

Use technology to stay in touch

Once upon a time, a letter was the only way you could contact loved ones in another country – and even they could take weeks to arrive at their destination. Now you can send a text or email that arrives instantaneously so sharing moments has never been easier.

If text and email feels a little impersonal to you, try using applications like Google Hangouts, What’s App or Viber. These services let you send pictures and messages in groups: so if you have a few grandchildren, you can send one message or picture that gets to all of them instantly.

Once, picking up a telephone to call Australia seemed like a momentous occasion. But today, video calls using tools like Skype and Facetime can help you feel even closer to your family. Video calls let you see your grandkids, so you won’t miss out on their constantly changing appearance.

While technology is great for staying in touch, it’s no substitute for real human encounters. So make sure that you plan regular trips to see your grandchildren and encourage them to do the same (you might find that footing the bill means they’re more likely to make the journey).

If you live within a few hours journey of one another, a trip every few months isn’t too hard to achieve. But if you live on the other side of the world from one another, trips may be harder to achieve. That doesn’t mean they’re impossible. Instead, look out for cheap flights on sites like Lastminute.com and Skyscanner; if you’re retired and you can travel at any time, you might find some great deals that leave mid-week and outside the school holiday period.

It’ll also help you to accept that if you want to see your grandchildren regularly, you might have to do most of the travelling. And don’t take it too personally: after all, it’s much more cost effective for one or two people to travel than a whole family.

If your grandchildren do live very far away and you don’t have the money to see them often, think about meeting them halfway. Dubai is a convenient meeting point for many far-flung families, partly because of its location between Europe and Asia, but also because it’s such a huge hub for flights.

For people with grandkids in California or western Canada, New York is a relatively convenient meeting point. Or if you’re split between the UK and Australia or New Zealand, India is relatively equidistant for both parts of the family.

How do you keep in touch with grandchildren that live far away?

JeanetteB
31st May 2015
0
Thanks for voting!
So very true your comments about faraway family it is so hard to be so far from your grandchildren and their parents. Thank goodness for Skype, my two are only 4 and 6 and there have been times via Skype I have been included in their play. I have been in a tent, on the bunk beds in the garden and they always are keen to show me new things. Skype allows you to be able to be part of special occasions e.g birthdays etc but nothing makes up for the missed cuddles in bed you just have to make the trip as often as you can. Can't wait for my next visit.
ReplyFlag as inappropriate

suel18
31st May 2015
0
Thanks for voting!
How do you keep in touch when they're only 3 and their parents have decided to ostracise you from their lives ? Postcards letters and presents all go in the bin.
ReplyFlag as inappropriate

How to spot the signs a child has undiagnosed disorders