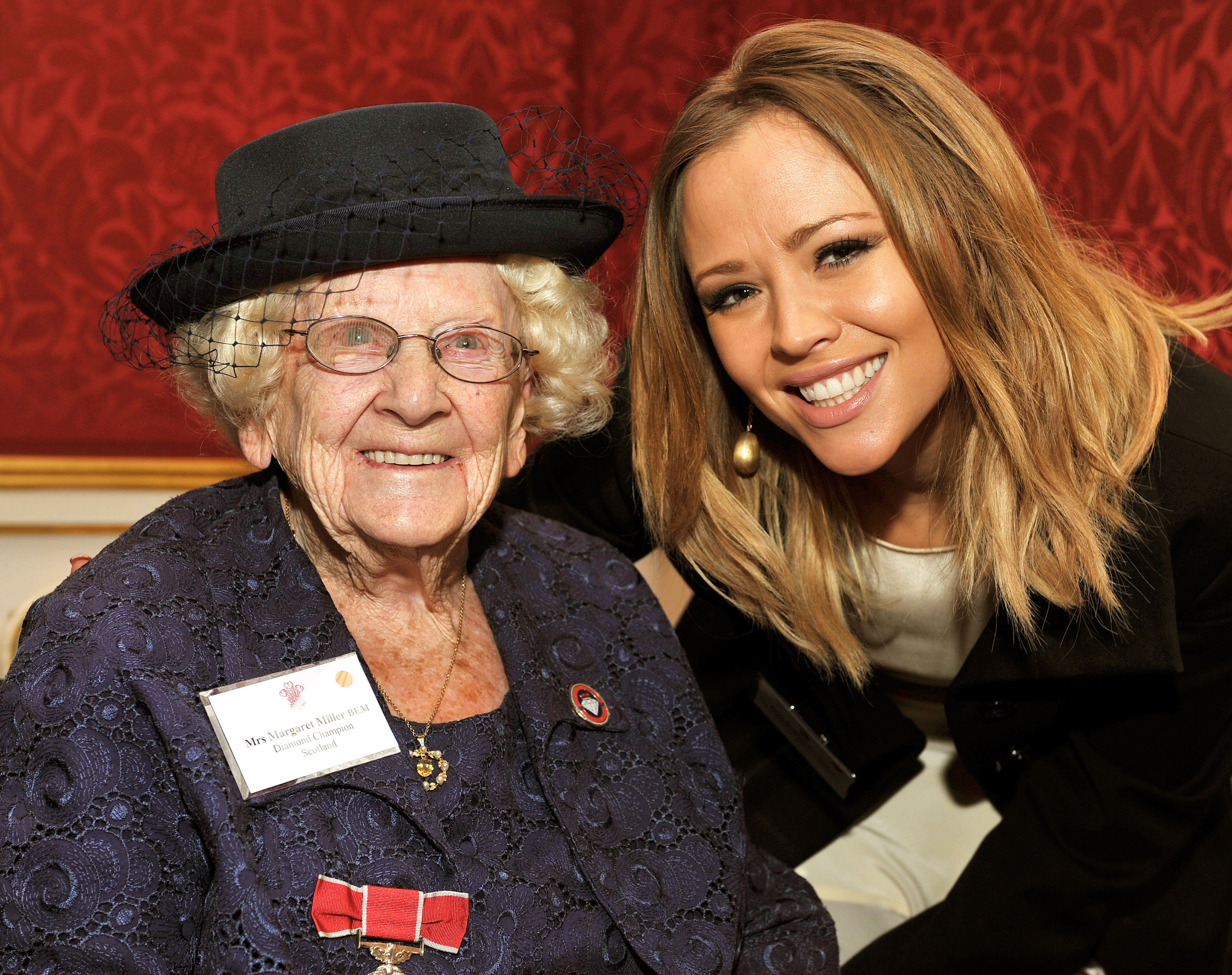 Girls Aloud star Kimberley Walsh has paid tribute to one of the country’s oldest volunteers recognised with a unique award marking the Queen’s Diamond Jubilee year.

Walsh was left in awe of Margaret Miller, 102, who has been named a Diamond Champion, along with almost 500 others, for her efforts working within her community.

For more than 70 years she has given her time freely to good causes in Glasgow and is still involved in the running of a stroke club in the city.

The Duchess of Cornwall and Prince of Wales hosted a St James’s Palace reception for 80 of the 480 recipients of the award which celebrates the volunteering of the over-60s and is run by older people’s charity WRVS in honour of the Queen’s 60-year reign.

Walsh, a Diamond Champion ambassador, was invited to the event along with other celebrity supporters who included television presenters Gloria Hunniford and Phillip Schofield and actress Felicity Kendal.

The singer, speaking about Mrs Miller, said: “She said it was so rewarding, and that it was the way she was brought up, to help other people. A lot of people have the time and don’t do it, these people are special people, they were always going to do that with their lives.”

Camilla, who with Charles is patron of the awards scheme, chatted to all her guests and when she met Mrs Miller, the frail 102-year-old insisted on standing up to shake hands. But the Duchess urged her to sit back down in her wheelchair and pointed to the elderly volunteer’s Diamond Champion pin – which the royal had a significant role in helping to design.

Mrs Miller, who began volunteering in 1939 as a civil defence helper with the Women’s Voluntary Services, said that Charles’s involvement with the award was “a wonderful thought from a son for his mother”. She played down her volunteering saying it was simply down to her upbringing: “I was always told to treat people as I would treat myself.”

Camilla was named as the president of the WRVS – a charity which was first launched as the Women’s Voluntary Services in 1938. 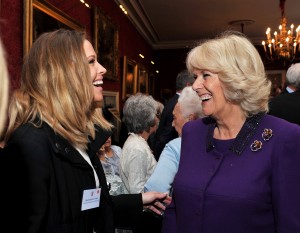 David McCullough, chief executive of WRVS, said: “We are extremely grateful to the Prince and the Duchess for hosting a reception to recognise WRVS’s Diamond Champions. We are also honoured to have the Duchess of Cornwall as our president. The interest she has shown in Diamond Champions and in our volunteers demonstrates her commitment to recognising the vital role volunteers play in society.”