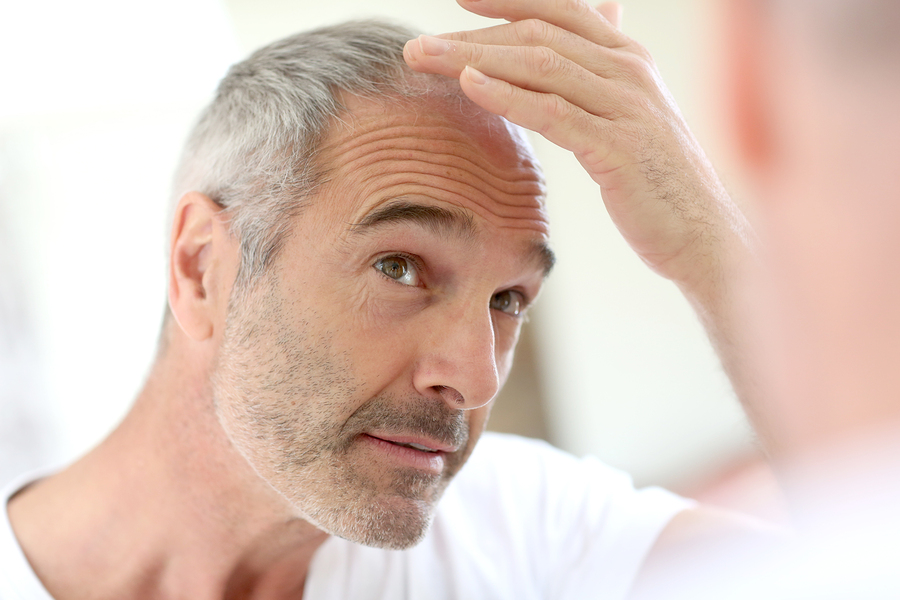 Baldness cures through the ages

Throughout history there have been many hair loss products designed to help reverse hair loss or cover up baldness.

Modern methods are extremely effective at concealing hair loss and none more so than KeraFiber – a hair loss fibre product which uses Keratin, the natural protein which hair is made of. Charged with static electricity, these proteins bind themselves to existing hair and drastically improve the appearance of volume and density almost instantly. It was never always this straightforward to conceal hair loss though…

According to ancient medical documents like the Ebers Papyrus, the Egyptians took to using various fats from snakes, porcupines and even hippopotamuses. After extraction these oils were then boiled in water and then applied to the head in the hope that hair-loss would be reversed.

Wigs originated from the 17th century and are one of the most well-known methods of disguising baldness. However, they were originally popular as a fashion accessory and were also used by members of the judiciary. Original examples were made from human and animal hairs, although most modern wigs now use synthetic fibres.

Toupées provide partial cover to the head. As we have seen, Ancient Egyptians were preoccupied with hair loss and toupées have been found in various tombs over the years. It seems that there was a great deal of cultural bias against baldness during ancient times, so men opted to used toupées as a method of concealment. This approach was revived in the 17th century with royals such as Louis XIII donning one to hide his baldness.

19th century America saw the emergence of con-artists and swindlers who peddled all kinds of useless potions. One such potion was Seven Sutherland Sister’s Hair Grower which promised to encourage hair-growth on a rather grand scale. Unsurprisingly, the product was a complete failure, even though it was promoted by the Sutherland Sisters, all of whom boasted floor-length hair.

Created by the Allied Merke Institute in the 1920s, the Thermocap was a bell-like device that people with thinning hair could sit under for 15 minutes, in the hope that their hair would become thicker. It produced heat and blue light which was supposed to stimulate ‘hair bulbs’ and was touted as an exciting new remedy for baldness. Unfortunately, the gadget failed to deliver on its rather extravagant claim.

Many of these methods can be very effective at concealing hair-loss although Thermocaps, Hippopotamus oil and Sutherland Sister’s Hair Grower should perhaps be avoided.

THIS IS AN ADVERTISEMENT FEATURE

5 reasons why you need more than one pair of slippers

How to have glowing skin in your 50s