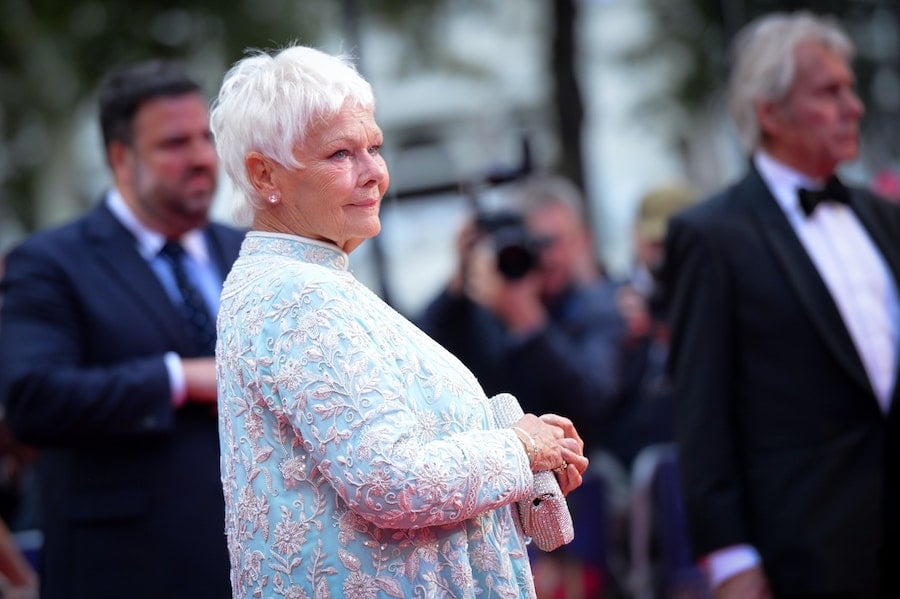 The actor – known for her roles in the James Bond franchise, Shakespeare in Love and more – is on the front cover of the fashion magazine’s June issue.

In the accompanying profile, her daughter Finty Williams says: “After the photoshoot, she came back literally thinking she was Beyoncé.”

This isn’t the first time Dench has made a fashion splash. Not only has she been ruling the stage and the screen since the Fifties, but she’s had some pretty incredible looks along the way.

Her style has always been timeless and classic, not slavishly tied to trends. Here are some of her biggest fashion moments.

Nowadays, most of us board flights wearing leggings and hoodies. This wasn’t the case in the 1950s; back in 1959, Dench touched down in London in a particularly chic, shaggy coat. Of course, this was all topped off by her signature pixie crop – a look the 85-year-old still models today.

Even though this is a stage costume, we’re still counting it as a huge fashion moment. Back in 1968, Dench played Sally Bowles in the musical Cabaret, and did so in a series of racy outfits befitting the iconic character.

Dench married fellow actor Michael Williams in February 1971. She did so in an outfit perfect for a winter bride, wearing a white coat with a fur hood and a big grin on her face.

Dench kept things sleek and elegant for the 1982 Baftas, wearing a black turtleneck outfit which would still very much work on the red carpet today.

When winning the best actress award for playing Queen Victoria in Mrs Brown at the 1998 Baftas, Dench showed you can never go wrong with a black velvet evening gown.

But her undoubted signature style can be seen in her 1999 Oscars outfit, when she won best supporting actress for her role in Shakespeare in Love. It involved a floaty long dress, a chic coat over the top, and in this instance we have to give a special shout out to her intricate clutch.

Let’s take a moment to appreciate the actor’s blue crushed velvet coat and matching choker, worn to the premiere of Iris in 2002 – and hope she still has the jacket in her wardrobe.

The Noughties was also very much Dench’s black phase, but she showed dark colours don’t have to be boring at the 2002 Academy Awards with a gown featuring delicate detailing around the waist.

Like the legend that she is, for the premiere of Quantum Of Solace in 2008, Dench bedazzled ‘007’ onto the back of her neck.

Dench didn’t used to wear a lot of colour, which is what makes the lemon gown worn to the premiere of Nine in 2009 such a knockout.

There was a stage when Dench would only really be seen wearing black on the red carpet. However, over the past decade or so she’s embraced colour, and is often seen wearing white – for example, the chic outfit for the 2012 premiere of Skyfall.

The only arbiter of cool we’re interested in, Dench wore a black leather biker jacket on The Graham Norton show in 2014. She layered lots of delicate necklaces together – a jewellery trend which has recently taken over, making her a bon afide style icon.

For the 2017 premiere of Victoria and Abdul, a film about the friendship between Queen Victoria and her Indian servant, Dench stepped out in a pale blue outfit with an beautifully embroidered coat.

Are you embracing the latest stay at home fashion trend?

Where slow fashion’s always been in style