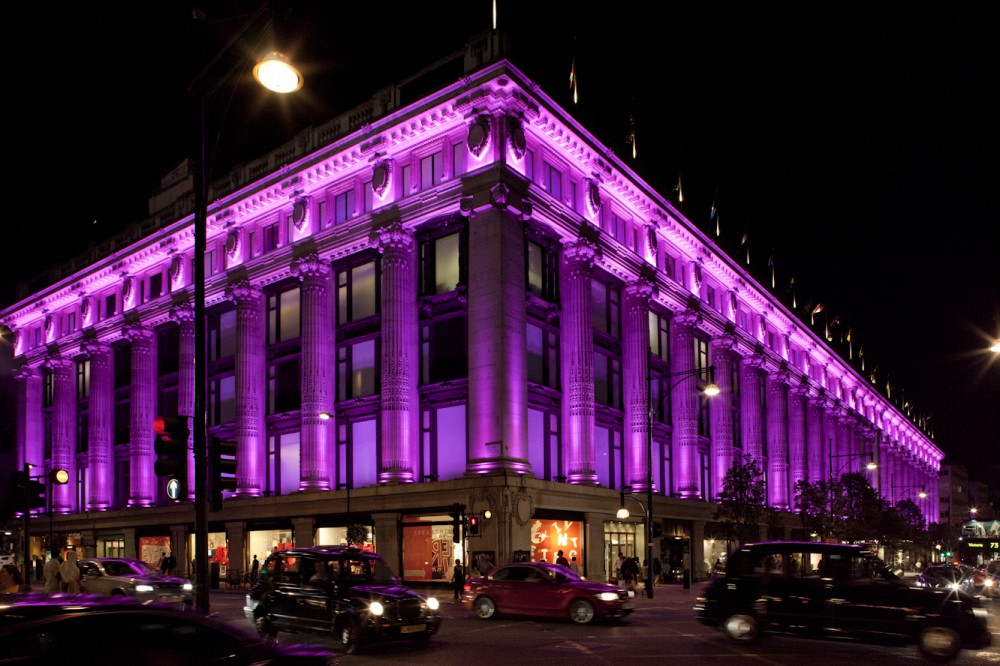 Selfridges given a touch of pink for Breast Cancer Awareness Month

Initiated by Estee Lauder Companies in 1992, Breast Cancer Awareness Month is now celebrating its 20th year of helping to raise awareness and funding for the Breast Cancer Research Foundation.

The lighting spectacle has made The Breast Cancer Awareness Campaign a global talking point and in 2010, set a new Guinness World Record for “Most Landmarks Illuminated for a Cause in 24 Hours.”

5 reasons why you need more than one pair of slippers

How to have glowing skin in your 50s