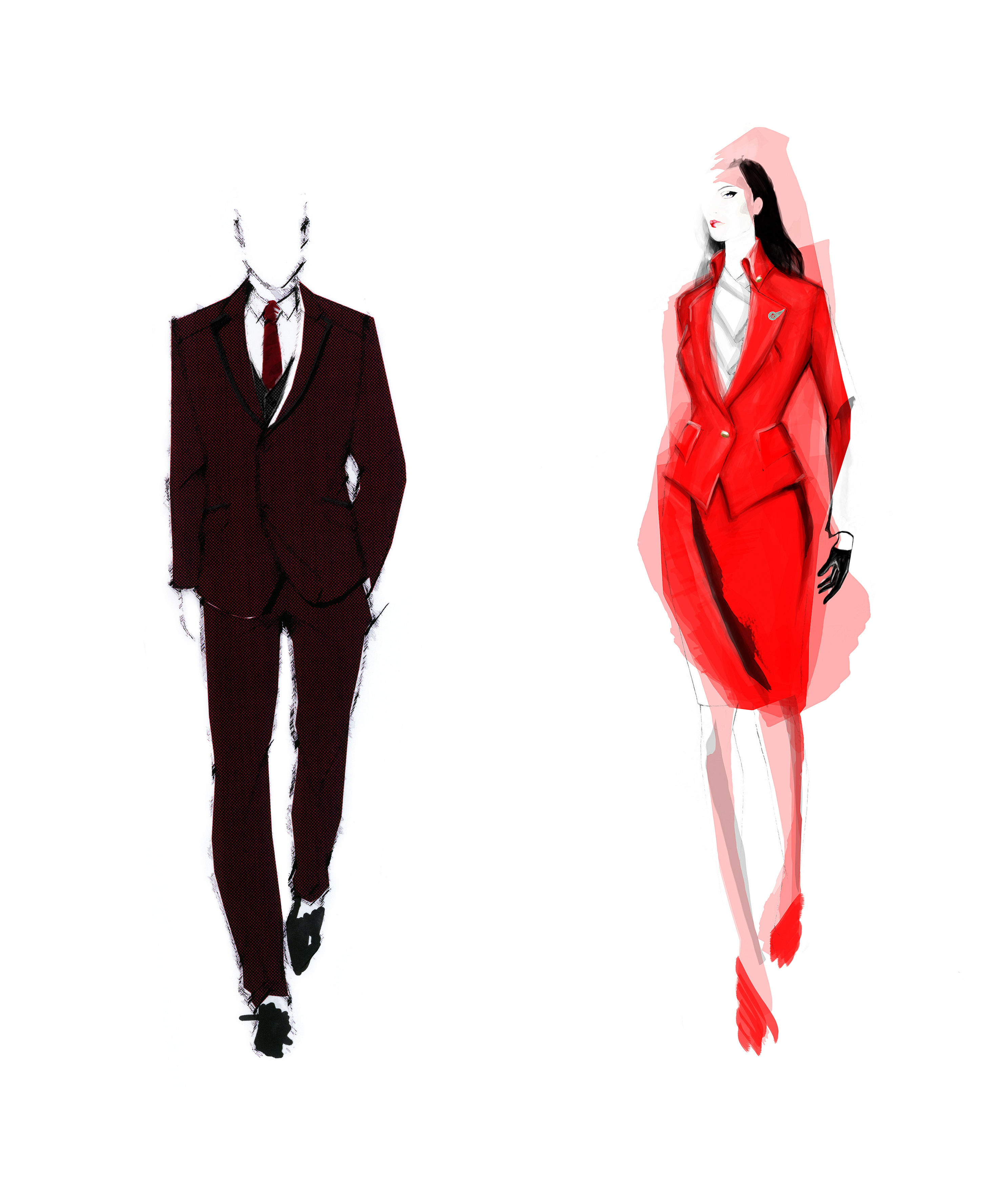 The outfits – in scarlet red for women and burgundy for men – are intended to have a “traditional British look which is given a contemporary feel”, according to Virgin Atlantic.

Sir Richard Branson, founder of the airline, said the current uniform had been in use for 13 years and was being copied by other companies.

He said: “We just felt it was time for a change and obviously we were very lucky that Vivienne Westwood agreed to work with us on it. When we were choosing the designer for this project, we wanted to work with a group of people who share our spirit of adventure, who believe in challenging the status quo and creating something truly memorable.”

The female cabin crew will wear a jacket with a nipped-in waist and curved hip line – both hallmarks of Dame Vivienne’s designs. The pencil skirt has a dart and double pleat at the back, providing what Virgin Atlantic described as an “extremely feminine” silhouette.

Men will wear a Savile Row-inspired three-piece suit in wool, with grey detailing under the lapels and pockets.

Dame Vivienne wanted a futuristic look referencing 40s French couture and Savile Row tailoring. The designer, who has campaigned extensively on climate change issues, added: “I am always trying to find fabrics that are more friendly to the environment – working with Virgin Atlantic they managed to research into this and find more eco fabrics.”

Recycled materials will be used in the uniforms, including polyester yarn created from used plastic bottles. The suit fabrics will also have a special finish intended to make them last longer. Ground staff will be given recycled bags created through the Ethical Africa Programme, in conjunction with the International Trade Centre, using canvas, recycled brass, unused leather off-cuts and reused roadside banners.

Dame Vivienne said of the project: “The most exciting thing is the result. I am very pleased with it. They have created something which is stunningly beautiful that the crews can feel extremely good wearing.”

More than 7,500 staff including cabin crew, pilots and Clubhouse staff, will eventually receive the uniforms, to be introduced in July next year. Passengers will start seeing the new look on cabin crew and ground staff as early as this July as a trial period is taking place so staff can give feedback before the full launch. 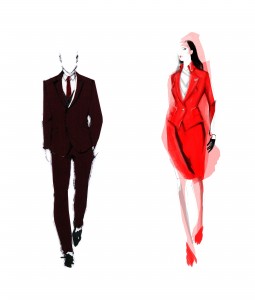 Are you embracing the latest stay at home fashion trend?

Where slow fashion’s always been in style