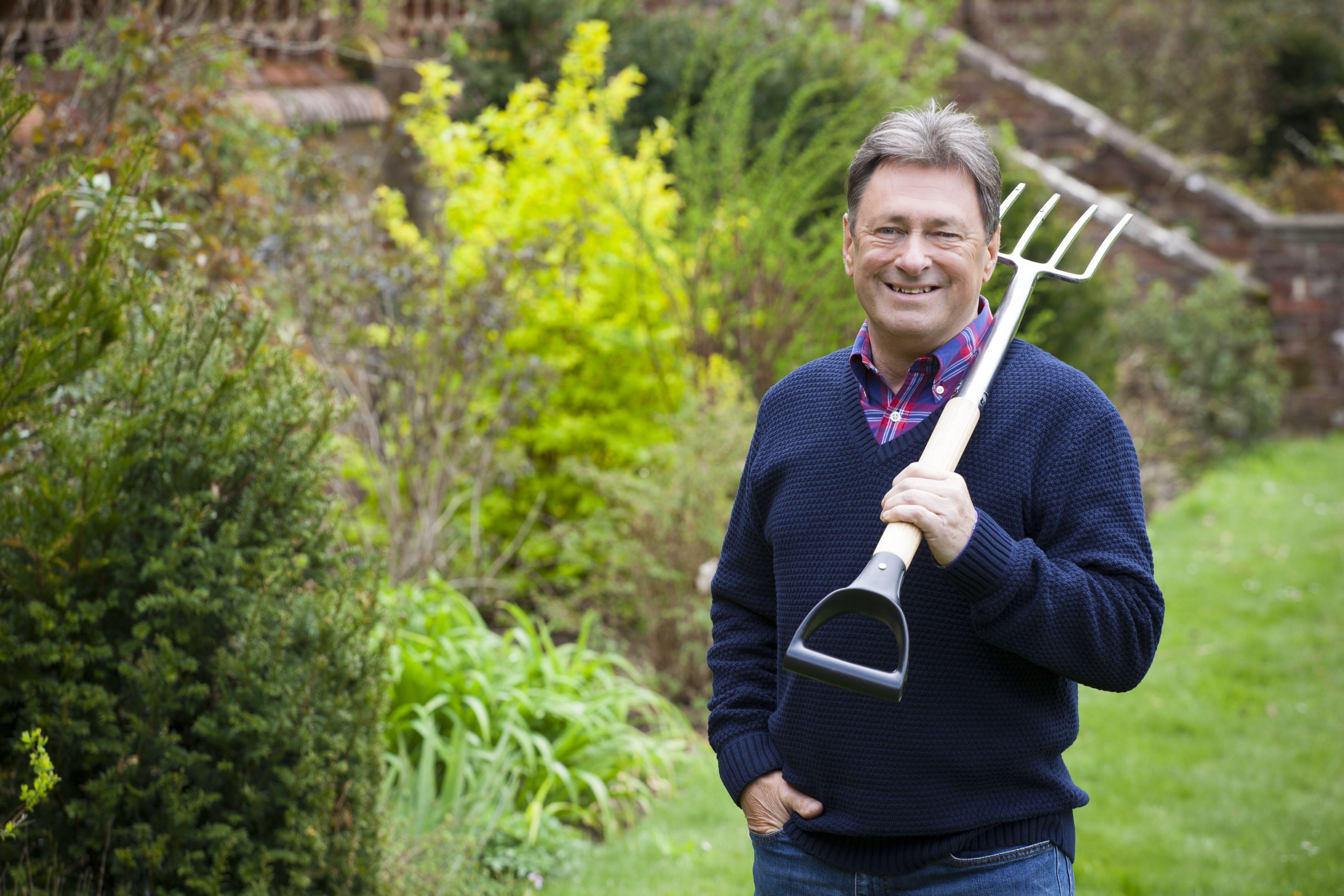 As Alan Titchmarsh celebrates 50 years in horticulture, he tells Hannah Stephenson how his latest garden will reflect his ‘journey’

TV gardening guru Alan Titchmarsh is looking forward to getting his hands dirty at RHS Chelsea Flower Show this year.

Instead of wearing a sharp suit to present the show, for the first time in 30 years, he will be wearing a pair of gloves and designing a garden instead.

Obviously, there’s a substantial chance it will be rather good, too – not only is Titchmarsh one of the country’s best-known gardening presenters, but back in 1985, when Titchmarsh last designed a garden at the prestigious Chelsea, he was awarded an RHS Gold Medal for his Country Kitchen garden.

He will also be joining forces with another RHS Chelsea Flower Show Gold Medal winner, Kate Gould, to create From The Moors To The Sea – a celebration of 50 years of the RHS Britain in Bloom campaign, to represent how 300,000 volunteers help to make Britain bloom and explore Alan’s relationship with horticulture through his life.

“It’s 50 years since I started work as an apprentice, so I thought I could either do a 1960s-style garden through to the 21st century, but the sixties were a bit dull, all rose beds and lawns.

“So I thought, why don’t I demonstrate where I first started, which was the Yorkshire moors, up to where I garden now, on the coast on the Isle of Wight?

“So we will be sloping from moorland at the back, with dry stone walls, coming down to a seaside garden at the front. It’s 50 years of ‘my journey’, to use the X-Factor phrase.

He’ll be featuring pines, heathers and birches from the moorland, through wild flowers, down to seaside plants including echiums and cabbage palms. It will be a 10m by 15m microcosm of British gardens and landscapes.

It sounds great, but how does Titchmarsh feel about not presenting the Chelsea coverage for the first time in 30 years?

Last year Titchmarsh announced he was stepping down from the BBC’s coverage of Chelsea after programme-makers offered him a more ‘limited’ role, although he remains RHS vice president and first ambassador.

“[I feel] wonderful,” he insists. “I’m putting a show garden together – I’ve done it before and I love doing it. It’s technically an exhibit but will look like a show garden. It’s not being judged but the same criteria and standard of finish will have to be there.”

“I’ve moved on,” he continues. “There was disappointment but it’s gone, I’m over it. There’s no point in dwelling on things.”

It’s all part of a new beginning for Titchmarsh, who began his career as that apprentice for Ilkley Council, before becoming the face of BBC2’s Gardeners’ World for six years until 2002. He also presented Ground Force, How To Be A Gardener and several natural history series, and has written a number of bestselling novels and has a regular slot on Classic FM.

He’s had eight years presenting an afternoon chat show too, though this is also ending after its last run in autumn.

“It’s better to stop doing something when you’re still regarded as being successful, while people are still watching, rather than it going off the boil. It will be my 15th series in the autumn, that’s eight years.

“It’s every day. Jonathan Ross and Graham Norton do one a week. I do five. I thought, let’s stop while it’s doing well.”

He’s certainly got enough else to keep him occupied too, with forthcoming TV projects including a two-parter about the gardens of Buckingham Palace, out in December, a new series of Love Your Garden in the summer and a series called Britain’s Best Gardens for ITV, in which he explores 30 of Britain’s best domestic gardens. He’s also just launched a new gardening range with Waitrose, though he won’t reveal if his Chelsea garden will feature any of the new products.

Incredibly, he sees all this as ‘slowing down’, saying that with three grandchildren to enjoy and his landmark 65th birthday coming up in May, he hopes to cut down his workload.

“I’ll never stop but I want to pace myself a bit more.”

As prices soar, here are 13 tips for reducing your energy use at home

Want to attract wildlife to your garden? Homemade seed bombs could be the answer
JOIN SILVERSURFERS AND...