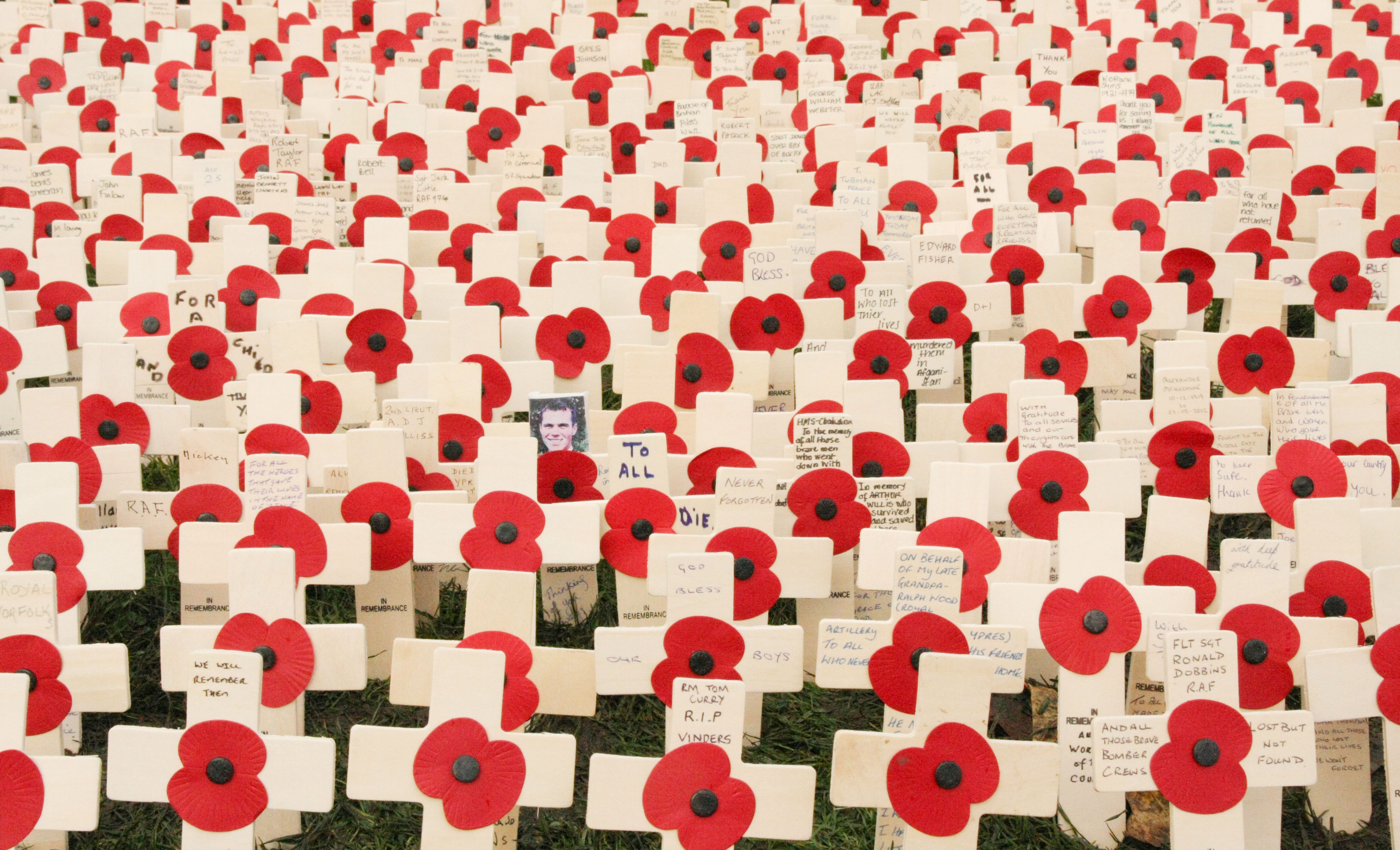 Thousands of crosses and poppies have been planted in a park to establish the first field of remembrance in the north of England.

The tribute to fallen British servicemen and women has gone on display in Saltwell Park, Gateshead, and around 10,000 crosses have been placed there.

Loved ones of Cpl Steven Dunn and Rifleman Mark Turner, who were both killed in Afghanistan in 2010, have worked with the Royal British Legion to organise the memorial.

The tribute will be open to the public in the build-up to Remembrance Sunday.

Leah Harris, from the Royal British Legion, said: “We’re planting the first field of remembrance in the north of England and we have six of them around the country.

“The two families that sadly lost their sons in Afghanistan have been really instrumental in helping us to create this first field up here.

“There’s also been huge support from the community in the North East. It’s important to give people the opportunity to come here and pay their respects and write tributes and remember people that they have lost.”

Cpl Dunn and Rifleman Turner were both killed in the Helmand Province of Afghanistan.

Rifleman Turner’s mother, Anne Turner, said: “I feel very honoured to be dedicating a cross in Mark’s memory and also to be remembering the sacrifices made by all those men and women whose lives were cut short in the line of duty.

“It will be a very emotional day but a very proud one for us. We will never forget the sacrifice Mark and so many brave heroes like him have made.”

“It is a great honour to be hosting a Field of Remembrance in the North and a fitting way of ensuring that the courage of all our fallen heroes lives on in our minds.

“Each cross planted at Saltwell Park will represent the public’s heartfelt thanks for the sacrifices made by our brave servicemen and women.

“I hope people will visit the Field and remember with pride those who have made the ultimate sacrifice.”

The other Fields of Remembrance will be planted at Royal Wootton Bassett, Westminster, Belfast, Cardiff and Edinburgh.