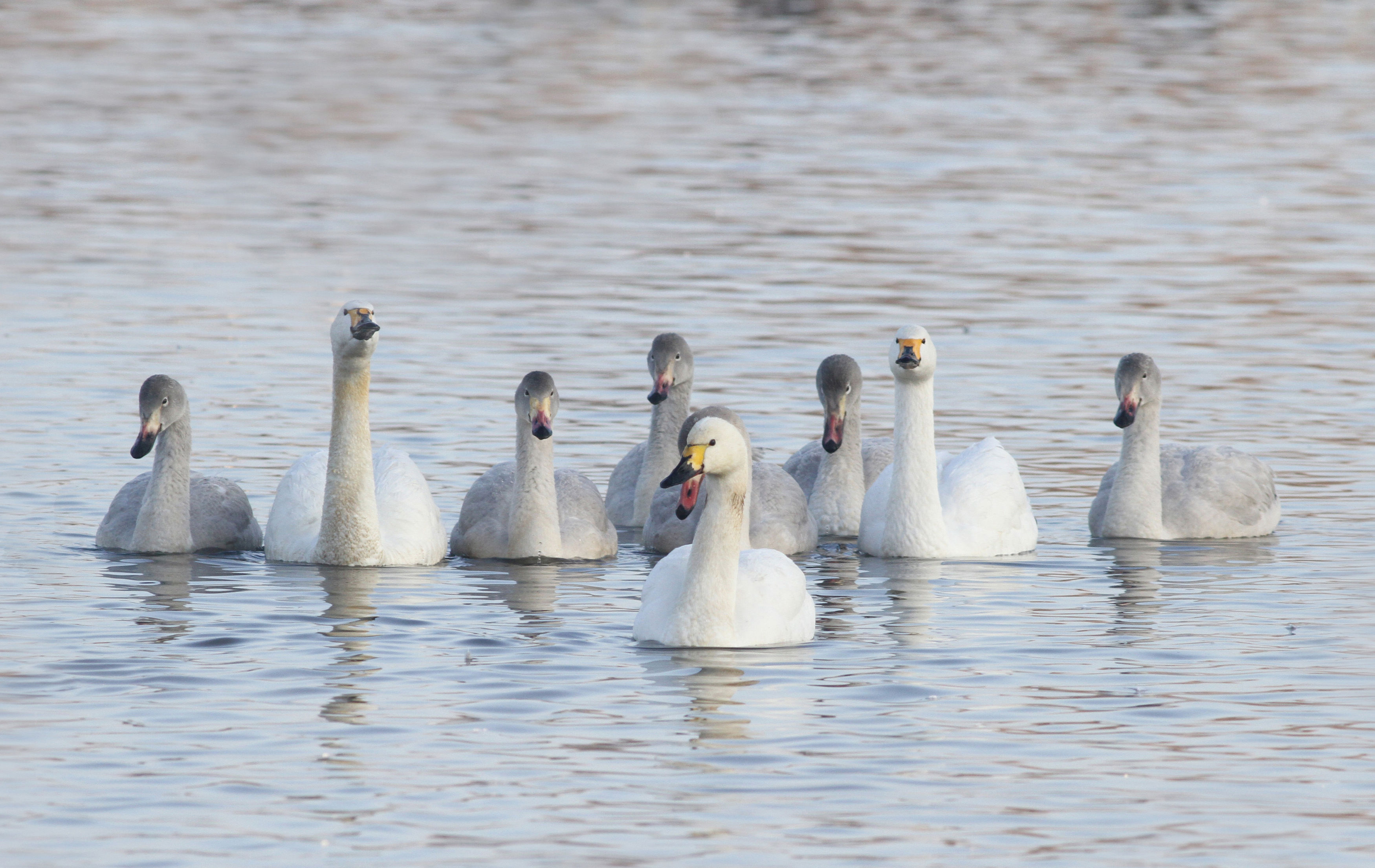 Conservationists believe it has been a good year for the declining Bewick’s swan population.

Hopes were raised after a family of eight swans arrived at the Wildfowl and Wetlands Trust in Slimbridge, Gloucestershire, for the winter.

The arrival of Slimbridge regular Everton, his new mate Rovers, and their six cygnets is the largest ever swan family recorded at the reserve.

Normally the maximum number of eggs laid by a Bewick’s swan would be six and the chances of all these hatching and then making it through the first few months would be very slim.

Larger swan families tend to be more dominant, so this huge family is now an imposing force on the Rushy Lake overlooked by the Peng observatory.

They have joined 200 more of the threatened wild swans, which have arrived to winter at Slimbridge after a 2,500-mile journey from their breeding grounds in Arctic Russia.

Swan expert Julia Newth said: “After laying the eggs in June this year, Rovers, who is female, will have incubated them for 29 to 30 days with some help from Everton.

“During this vulnerable time, both parents will have closely guarded the nest and protected their brood against predators such as arctic foxes, wolverines, white-tailed eagles and skuas just to name a few. This would have been a perilous time for the family.

“Then would have come a period of rapid weight gain with the swans feeding day and night on the abundant wetland vegetation and berries. When September arrived, the family escaped the arctic winter by embarking on their long journey to reach us.

“We are very excited by their arrival and hope this might be an early sign that the Bewick’s have had a good breeding season and conservationists working in the Netherlands will soon be reporting on data collected from countries important for the swans, including Britain, to reveal if this is the case.”

12 Spring flowering bulbs to plant in your garden this autumn