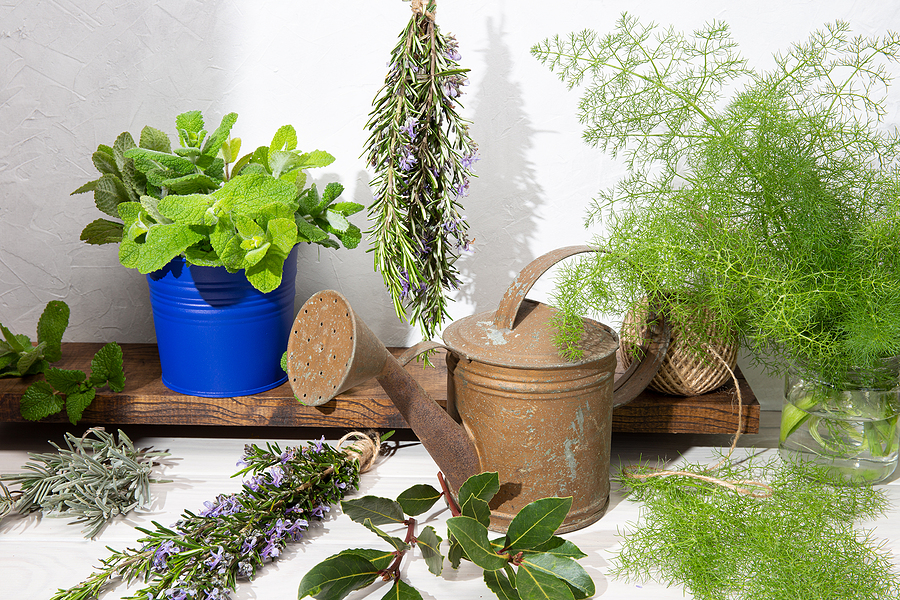 The expert gardener and food writer’s new cookbook is dedicated to herbs. And so far, we haven’t been doing them justice

“We don’t need herbs,” says Mark Diacono, a man who has just written an entire cookbook about them. He goes on to call them “unnecessary” and adds, quite heartlessly, that “we can perfectly merrily eat for the rest of our lives without herbs and we will live”.

However, they are also “the thing that makes the difference between feeding and eating,” he says, turning this dark tale into a light-filled parable. “It’s the unnecessary brilliance of [using herbs] that just makes you want to eat this delightful thing and get pleasure from it.”

And so, in conclusion, we actually do very much need herbs on our plates and growing windowsills, and Diacono, food writer, photographer and creator of Otter Farm – a nursery designed to encourage people to grow “unusual and forgotten food” – is very willing to share his affection for herbs.

“We’re the only species on earth that cooks,” he continues. “We’re doing it for two reasons. One is to transform foods into something that’s edible, you know, just plain old ‘I can eat that/That’s not going to kill me and/or I’m not going to lose my teeth trying to get through it’. But once you’ve got to that point, the rest really is about pleasure.”

Herbs provide “that little tweak” that can amp up a dish or morph its character slightly – take Diacono’s bread and butter pudding. Laced with standard thyme he says it takes on a “Novemberish” feel, whereas lemon thyme connotes April.

Despite his adoration for most of them, Diacono does not indiscriminately enjoy all edible shoots. In Herb: A Cook’s Companion, the follow up to his 2019 cookbook, Sour, he rages amiably at the ubiquitous one leaf of parsley garnish (“It’s, ‘I thought about you, but I didn’t think about you enough…’”) and rails at being presented with whole mint leaves to eat (“They’re just unpleasant in the mouth,”).

Poor lemon balm feels the full brunt of his ire. “I love it in the garden; in the kitchen, I couldn’t be less interested,” he explains. “There’s no meal that can be improved by lemon balm, there’s no delight to be had from it.” According to Diacono, it’s the sherbet leaves of lemon verbena you really ought to look for. 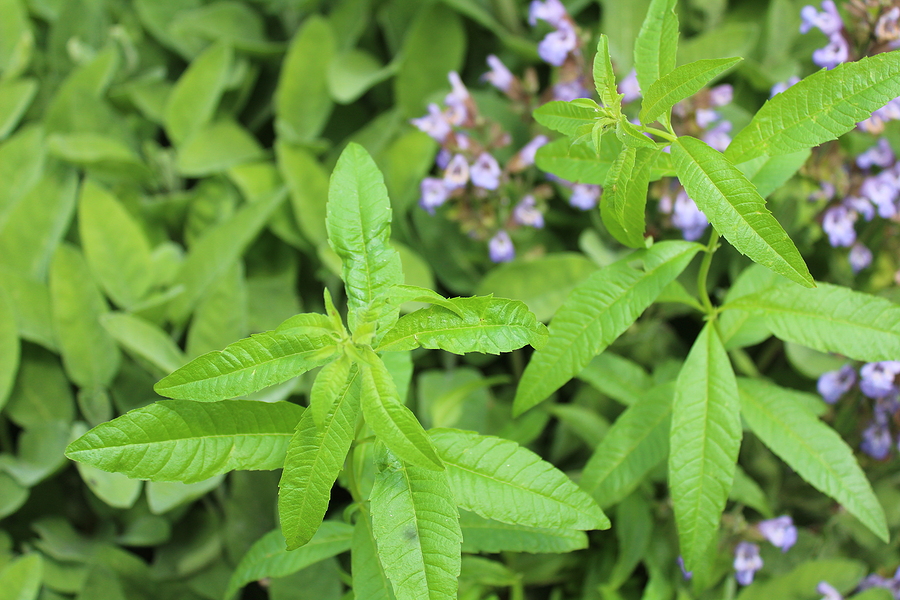 Lemon verbena in the garden

The problem is, most of us get “stuck” with the herbs that we use. Diacono nods to the usual suspects, mint, coriander, rosemary, thyme and parsley – which in a double-whammy of going through the motions, as we also tend to use them repeatedly in the same old ways. It means we’re accessing only a “tiny little sliver” of the green fronds we could be scoffing.

“If you get to grips with herbs just a little – and they’re very easy to get to grips with – then it could change your food like nothing else,” says Diacono. “These are the clothes that dress up the plainer ingredients. You’re in for a fair bit of fun with them.”

Pairing them in different combinations, or chucking them into dishes at varied moments during cooking could make a real impact, he reckons. For instance, when making mint sauce, Diacono doubles the mint; dousing the bulk of it in water, sugar and vinegar, and then topping it with finely shredded fresh before serving for extra zing.

Another swift way to up your herb game is to consider how you’re wielding your knife. “How we chop is really important,” says Diacono, calling it an ‘ingredient’ in its own right. “If we leave the chop fairly coarse, what you get is a punch every now and again, of say, coriander – it becomes a surprise: ‘Oh, that was coriander!’ rather than if we chop it really finely and throw it in, everything becomes coriander. The impression is very different.”

He considers herbs a way to build, season and layer flavour, and fortunately, “it’s quite hard to overuse a herb I would say, so play, experiment and keep tasting – people tend to taste right at the end, keep tasting, keep tasting.”

Diacono is a hugely successful gardener – he writes gardening books as well as recipes – so it’s massively reassuring to know how relaxed he is about stuffing bundles of parsley guilt-free in the supermarket trolley.

“My belief is, buy the herbs you use masses of. There’s just no way, unless you have infinite time and space, that you can grow all the parsley, all the coriander, all the thyme you are likely to use if you like it,” he says. “You’ll end up hammering the thyme plant to death.”

The ones you should consider sowing and growing from seed at home, he says “are the embellishments on that”. He’s talking ginger rosemary, orange thyme, pineapple sage, Vietnamese coriander, the “varieties on the variety”, as well as the leaves you’d just struggle to buy, like shiso, salad burnet, chervil, savory. 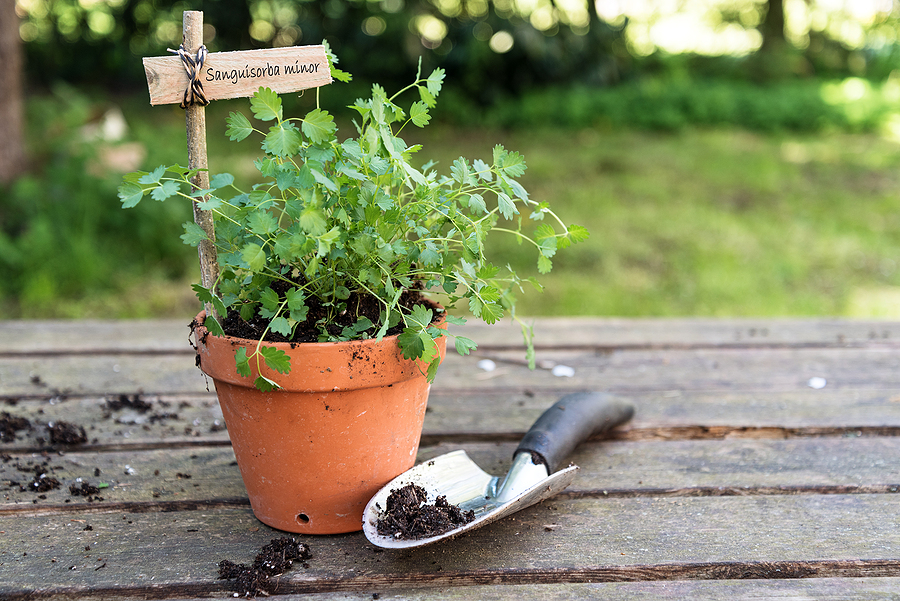 “We tend to only have a certain amount of time and space that we can dedicate to growing stuff,” he says, “so make it the flavours you cannot have unless you grow it yourself.”

Even a few pots by the back door, he’s adamant, “can transform every meal you eat. That’s a pretty extraordinary thing and it’s very easy to achieve.”

He’s all for just giving things a go, be it making marjoram and chive flower salt, distilling the essence of fig leaves in syrup, or infusing all the vodka he can get his hands on, apothecary-like, with twirled stems of lovage and stalks of lemongrass.

“We are desperate to just do the things we’re good at,” he muses. “So we tend to shut down [when faced with new challenges]. We tend to do fewer and fewer things. We just do the things we’re good at. We defend them with a cricket bat, you know, and it’s like: stop it, we’re here to live for a very short time, do stuff you’re crap at and get good at it, if you want to, or just be crap at it! It doesn’t matter. 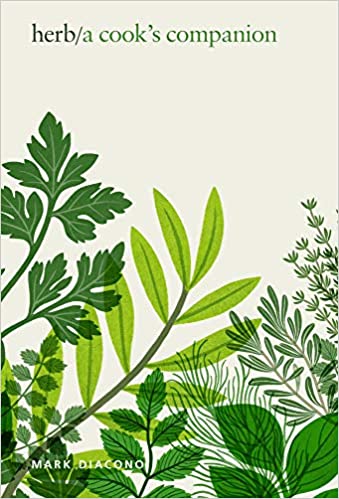 Enjoy your garden in style with this lovely garden furniture selection

Peter's Gardening Tips for May 2021