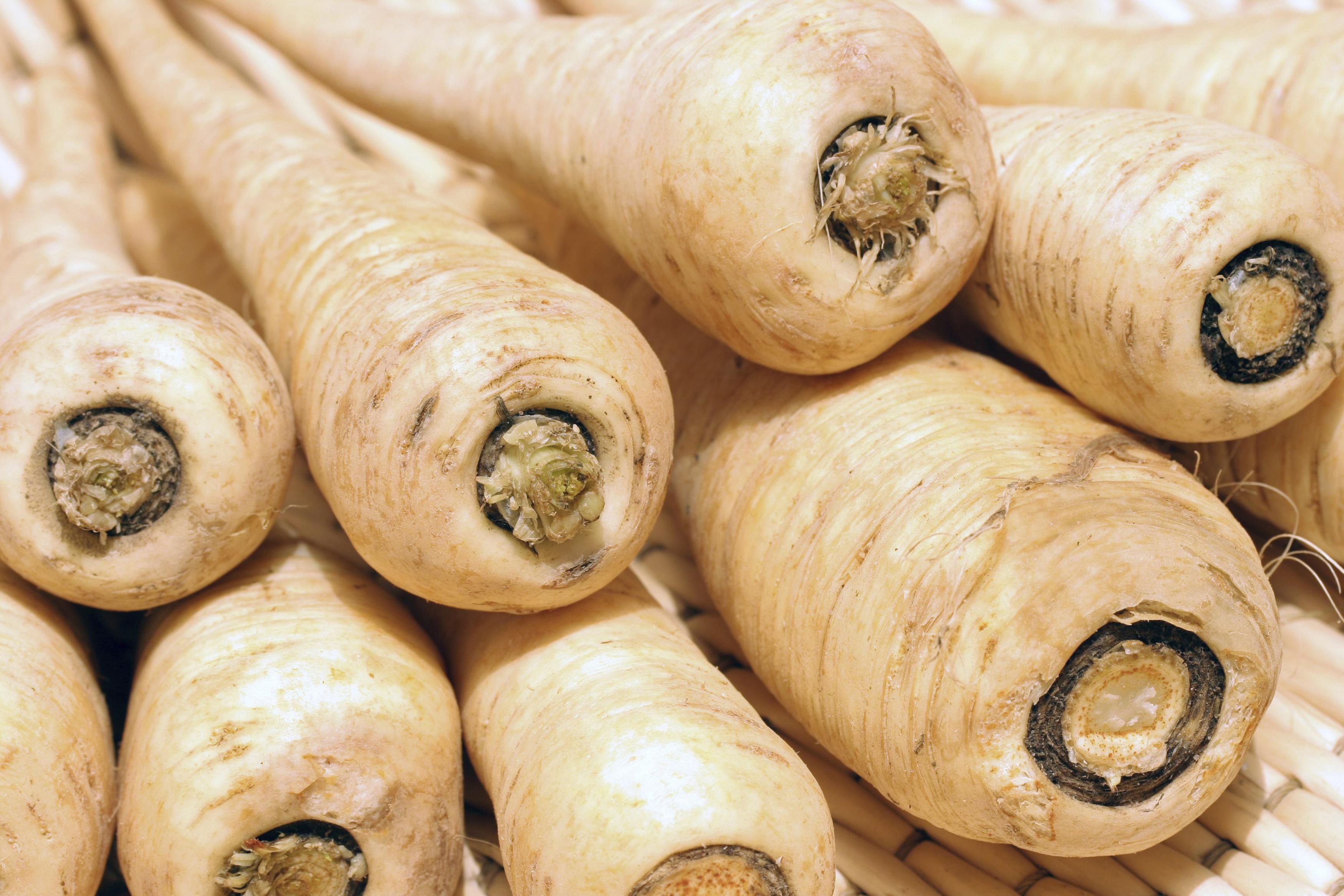 Parsnips on a plate

Hannah Stephenson reveals how to grow the perfect parsnips

Christmas just wouldn’t be Christmas without parsnips on the festive table, either drenched in maple syrup or coated in a Parmesan and flour before being roasted alongside the turkey.

They do best on deeply dug, fertile, slightly acid soil and are better following a previous crop which has been well manured, rather than adding compost now. Seeds should be sown directly into the ground in April in drills 1cm deep and 30cm apart, sowing a couple of seeds at 15cm intervals. Thin out so that one plant is left in each position and water well until the young plants are established.

They can be harvested in late summer, when the top of the root is between 2.5cm and 5cm wide. For parsnips sown later, once the tops have died down, the roots can be lifted for storing or left in the ground, to be dug up as required.

It is said that the longer you leave them in the ground, the better they taste, although it may be wise to lift them before the ground becomes too hard. Good varieties include ‘Gladiator’ and ‘Lancer’.

Have you grown parsnips this year?  Will they be making it to your Christmas table?