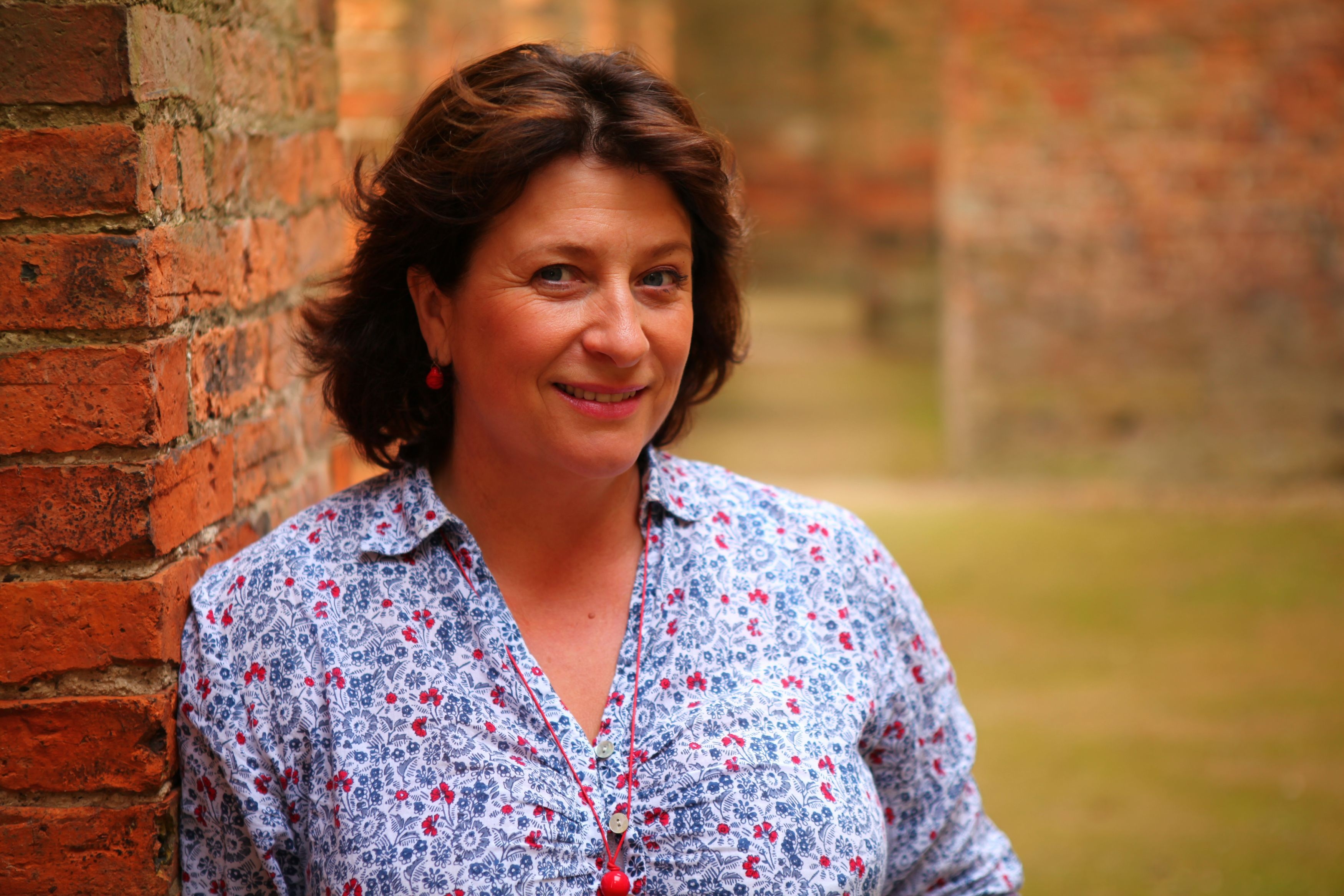 Restoration woman to the rescue

As Caroline Quentin returns to host the popular property show Restoration Home, she talks to Susan Griffin about the love of home, the chaos of life and why she currently feels in limbo.

There are some things you buy on a whim – a chocolate bar or a pair of shoes, perhaps – but a house? And not just any old house, but a crumbling, dilapidated one at that.

As brave (read: mad) as the idea sounds, that’s just what Alex and her partner Martin decided to do when they spotted the Grade II listed Rock Farm in Shropshire.

The once perfectly-proportioned Georgian house was a crumbling shell, cracked and contorted out of symmetry. But it was love at first sight for the couple and so they handed over their hard-earned money and began an adventure to restore the property back to its former glory.

“It’s the prettiest little house. You could tell it was going to be lovely, even when we first saw it and it was in a bad state,” says Caroline Quentin of the couple who appear in the first of eight episodes of Restoration Home, the show she returns to host for a third series.

“It was like a little doll’s house but the windows were all sloping as if they were going to fall off. I think there had been a fire and damp and God knows what else.”

Describing herself as a “chaotic person”, Quentin admits she was in awe of Alex’s ability to keep things under control.

“Her list-making and her schedule and getting it all done and staying within budget, it was extraordinary,” she laughs, while phoning in from Bath, where she’s on tour with a production of the comedy Relative Values.

“They had to live in a hotel, they were on a tight budget and all that stuff, but they’ve done it so beautifully. And they were such a nice couple, it was lovely to see.”

Quentin’s the first to admit she grows rather fond of the couples she meets during filming. “I’m still in touch with quite a few of them, actually,” says the actress, adding that one pair from the first series will be popping in to see her when the play stops by in Brighton.

It’s not surprising she keeps in touch, given that Quentin’s a huge fan of renovation herself, having refurbished 13 properties and counting.

“I’m coming towards the end of doing up a property in Cornwall, which is not a great big, scary listed building, but a little 1970s bungalow, which is very sweet,” says the 52-year-old mother of two.

“I like the idea of making something that’s uncomfortable, grim and ugly into something lovely, comfortable and somewhere you want to be.”

While there is a plethora of property shows on TV these days, Restoration Home offers something different for its viewers.

Aside from following owners as they turn historic properties into dream homes, the new residents are also given the opportunity to delve into the history of the building.

On hand to assist is social historian Dr Kate Williams, who, in the first episode, reveals the influential landowners who’ve lived within the walls of Rock Farm over the years, as well as architectural expert Kieran Long.

He invites a specialist to look at the decaying bricks of Rock Farm, which leads to an extraordinary discovery and the revelation of a building of national importance.

“People love to know the history of their old properties, particularly if they’re linked to important times or important people, or love stories or ghost stories, but they either don’t have the time or resources we have,” says Quentin.

Although born in Reigate, Surrey, the Men Behaving Badly actress now lives on a farm in Devon with her husband Sam and two children Emma, 13, and William, 10.

“The children are interested in the animals but they’ve both become vegetarian, so make of that what you will,” she says, laughing.

At the last head count, they had 40 chickens, six dogs, six cats and a couple of hundred sheep.

“We don’t have pigs at the moment because I’m touring, but we will,” she adds.

It all sounds rather idyllic. “Yeah, it is,” she laughs. “I don’t think everyone likes animals and the countryside, but I think it’s heaven.

“It’s like a massively expensive hobby, running a smallholding. Unless you’re someone who can make money out of it and I certainly couldn’t. I don’t have the skills for it. But we love it and that’s why Sam and I do it.”

While her TV and theatre work pays for the smallholding’s upkeep, the downside is she suffers from terrible homesickness when work takes her away.

“My sister, bless her heart, came and drove me home after the show the other night, and then I got the train up again the next day,” says Quentin.

“I just wanted to sleep in my own bed and see the kids in the morning before school.

“But I’m lucky, because I can choose whether to go to work now. I can make informed decisions about whether to do a play or take time off.”

Her kids came to see her in Relative Values recently and they couldn’t have been more proud of their mum.

“Honestly, I swear to God, if I ran around the stage with a bin bag on my head, they’d have said, ‘You’re marvellous’. They’re very nice children actually. My husband’s raised them so I can say that,” she says, with a chuckle.

Although we know her best as an actress, namely from Jonathan Creek and the Nineties sitcom Men Behaving Badly (“Martin Clunes and I are very close friends, so when we go shopping, people think we’re still together,” she jokes), she actually presented a DIY TV show when she was first starting out.

Now, it’s as if her career’s gone full circle, having forged a successful presenting career with shows such as A Passage Through India and Cornwall With Caroline Quentin.

“I’ve been in front of cameras all my life so it’s not unnerving for me, but people do find it nerve-wracking. I think my job is to make others feel good and confident, so they can express themselves properly,” she says.

At the moment, Quentin’s waiting to hear whether Relative Values will transfer to the West End.

“If not, I have other plans,” she says. “There’s another bit of theatre and a telly drama for the BBC, so there are a few things in the pipeline. But really I’m in limbo at the moment, as I’m not sure what I’ll be doing.”

With more than 30 years of experience in the industry, Quentin isn’t fazed.

“I don’t really mind because I’ve got stability at home and work’s very much a secondary part,” she says. “It’s not what I live for, I live for my family. If things happen, they happen and if they don’t, I’ll go and be with my darlings.”