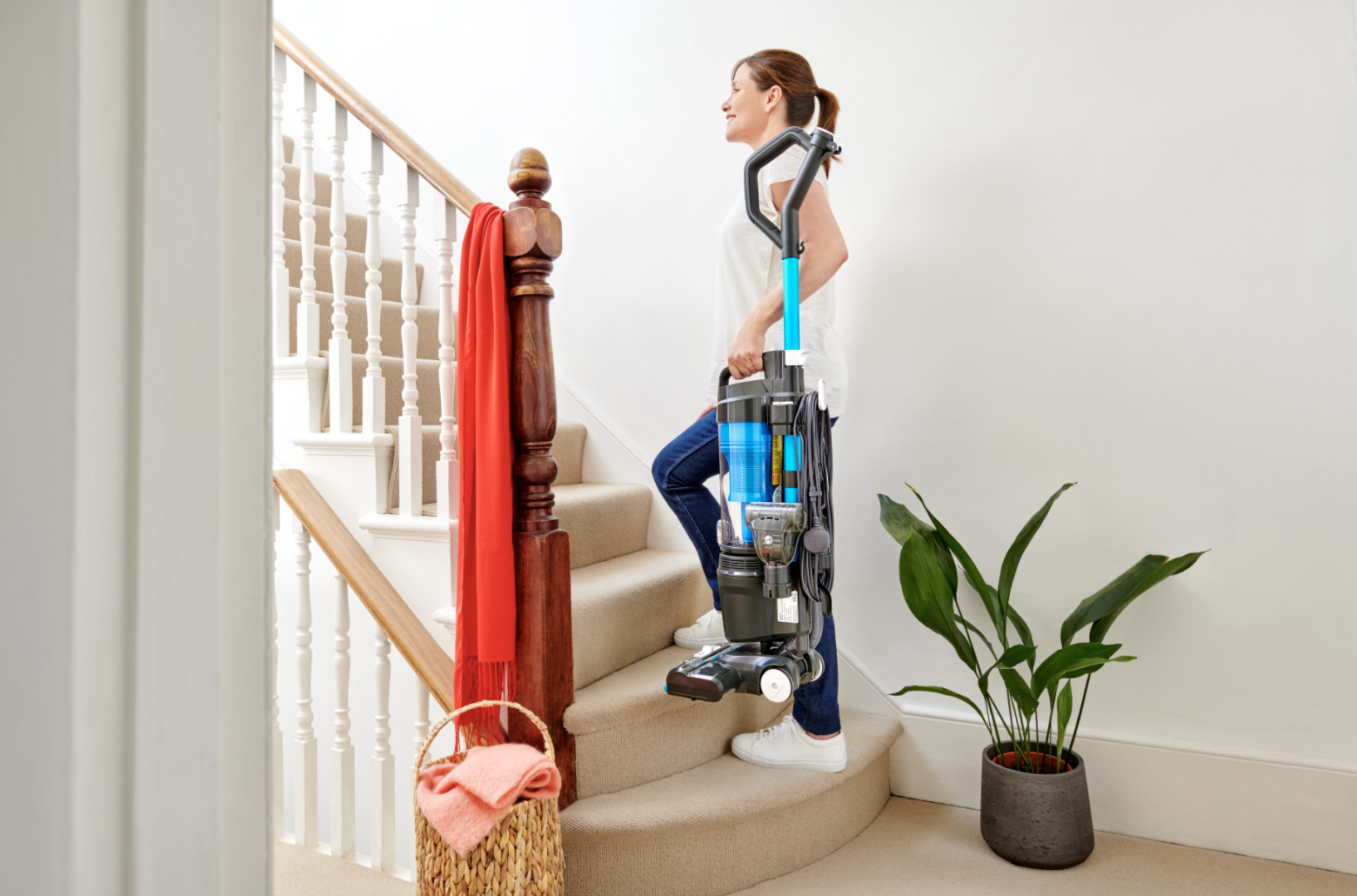 The inventor of the first vacuum cleaner, Hoover, have just launched their lightest ever upright, weighing in at 5kg when in use.

With no loss of suction, the Upright 300 provides powerful, sustained air performance to deliver a fantastic deep clean of your carpets, hard floors and furniture.

The new Upright 300 has launched alongside a pets version which is actually on offer at only £149.99, usually £199.99. The ‘non-pets’ version is still for sale at only £189.99 but we’d recommend the Pets version whilst it’s on promo as you get the additional motorised pets turbo brush.

If you suffer from allergies, the Upright 300 collection includes a H13 HEPA filter which traps harmful particles and helps relieve allergy symptoms.

The new Hoover Upright 300 has been created following extensive market research with consumers in the UK. Things such as weight, length of use, features, colourways and storage have been factored in to make sure that this new upright vacuum cleaner is perfect for the UK consumer.

Did we mention that it’s also only 5kg (we did, but thought it was worth mentioning again)!

Should you be using woodchip in your garden – and what are its benefits?

5 trees you can plant to help protect the planet

If your garden floods, what can you do to minimise damage?
JOIN SILVERSURFERS AND...