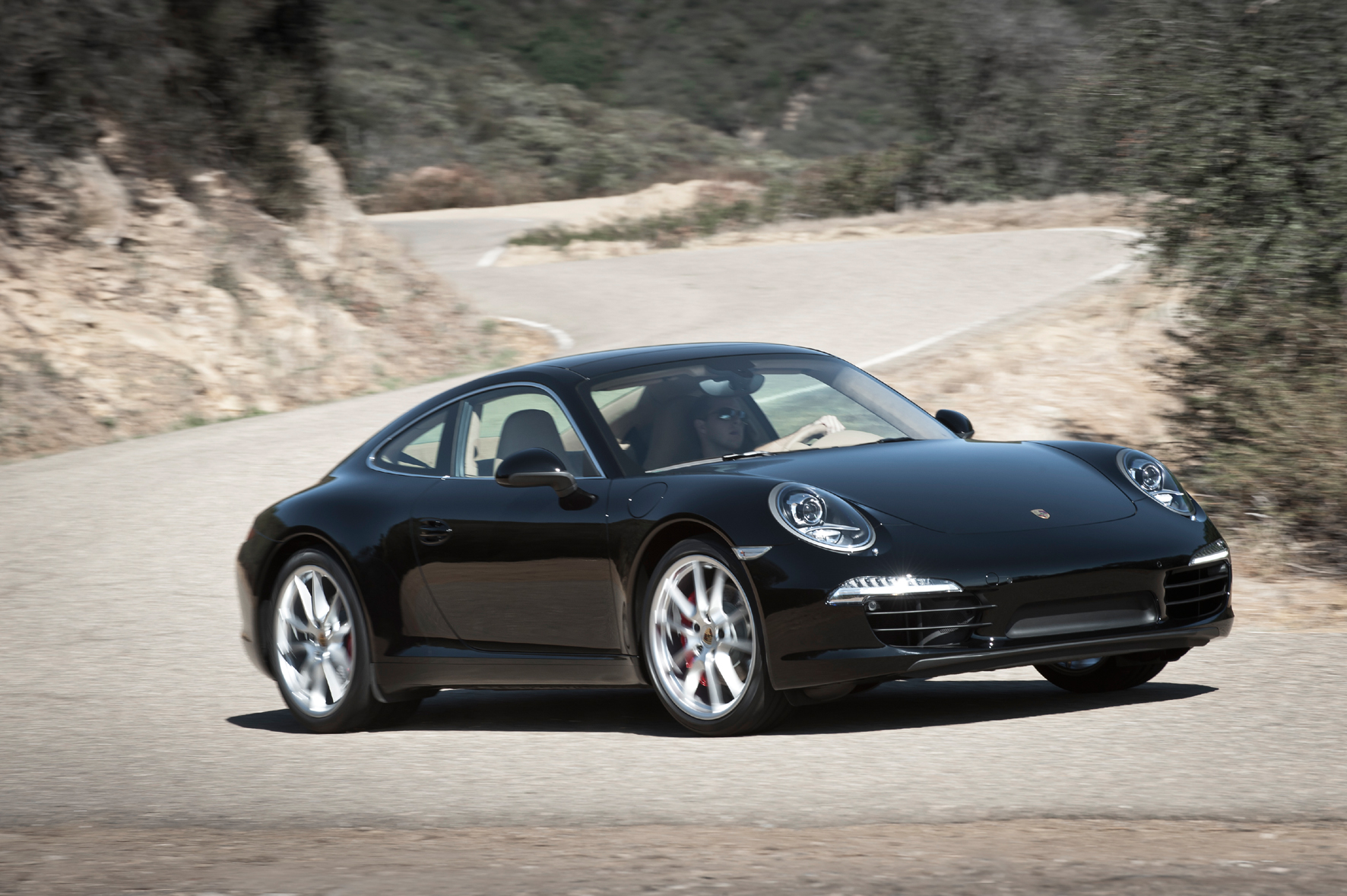 THEY SAY the best things in life are free, but whoever ‘they’ are, they obviously haven’t driven the new Porsche 911.

It always has been a supercar for all seasons and every occasion. You’ll see 911s in all sorts of driveways, and a lot of them are daily drivers. You’ll definitely see them on race tracks, too. It’s a multi-talented old beast to say the least.
This model, dubbed the ‘991’, is designed to be every bit as much fun as the outgoing 997, but with a broader range of talents. In short, it’s designed to be better at being a 911 than any previous version.

It might not look like it but the wheelbase is 100mm longer than the old car’s. That’s a big difference once you see the old and new side by side. The front wheels are also two inches further apart. That means the under-bonnet storage space is maintained, even with more stringent impact safety demands.

The classic oval 911 headlights have been shoved further out towards the edge of the car, and the roof line is just a little less steeply raked, thanks to an overall increase in length.

What the changes mean is that the geometry of the car is significantly different, which has to create different behaviour on the road. But whatever came before, the 991 generation 911 is a fantastically involving sports car.

California is one of the most important markets for it. Around half of all 911s built go to the USA, and more end up in California than in any other state, so that’s where Porsche held the launch.

The roads around Santa Barbara are quite highly polished in places, lowering the limits of grip and making it easier to find out what Porsche’s new flagship is all about. 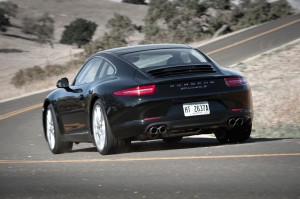 For a start, the longer wheelbase hasn’t compromised its liveliness. It’s as responsive to driver input as you could wish for, understeering on a closed or cautious throttle and oversteering beautifully smoothly if you give the pedal a good prod just after the apex of a corner.

Finding the perfect balance between the two takes concentration, but when it’s in that zone the 911 really shows how well its weight has been managed. It would have been 58kg heavier than the old one because of new safety and equipment additions, but in the end it’s 40kg lighter than an equivalent 997. It feels very lithe and agile through corners as long as it’s driven with gusto.

One of the driving characteristics that has always defined the 911 is immense grip coming out of corners, with the rear-mounted engine forcing the rear tyres into the ground.

It’s a pleasure that the 991 still offers in spades, and the front wheels find a new level of precision whenever the throttle pedal is pushed. It’s a touch flighty compared to some other sports cars in its category because of its lower weight, but it feels that much more demanding and involving for it, especially with the new seven-speed manual gearbox.

Don’t be put off by the number of gears. In truth, in most fast road driving situations you don’t use more than three different gears anyway, so in use the seven-speeder feels normal. It just has the tall top gear for more economical cruising.

Fuel economy has soared, relatively speaking, partly thanks to that very tall seventh gear on both the manual and PDK dual-clutch gearboxes. The PDK’s top ratio is slightly taller, where 70mph equates to – amazingly – just over 1,800rpm.
Less weight helps acceleration though, and the 3.8-litre, 395bhp Carrera S now hits 62mph in just 4.1 seconds when fitted with the PDK gearbox and the Sport Chrono Package. Out on the road it feels every bit as fast as that, with an addictive hit of extra power above 5,000rpm. It produces its peak power and torque further around the rev counter than before, but it still has plenty of muscle in the midrange.

If there’s a mark against its driving credentials, it’s that its steering feels a little remote; more so than you might expect from a 911. That said, there’s plenty of communication through the chassis and those who know what they’re looking for will always know what’s going on at the wheels. 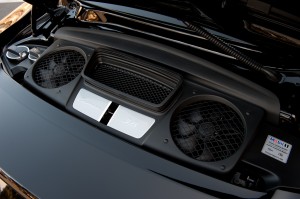 The standard Carrera has been downsized from 3.6 litres to 3.4 litres, but not at the expense of performance. The new engine, which is different to the 3.4-litre flat six in the Boxster S, has 345bhp, which, let’s be honest, is plenty in the real world, and uses up to 16% less fuel than the 3.6.

The 991 911 has been developed to offer more of the things that even Porsche buyers are coming to ask for; greater efficiency, lower running costs and of course, higher performance. It offers the lot, so it’s a job well done.