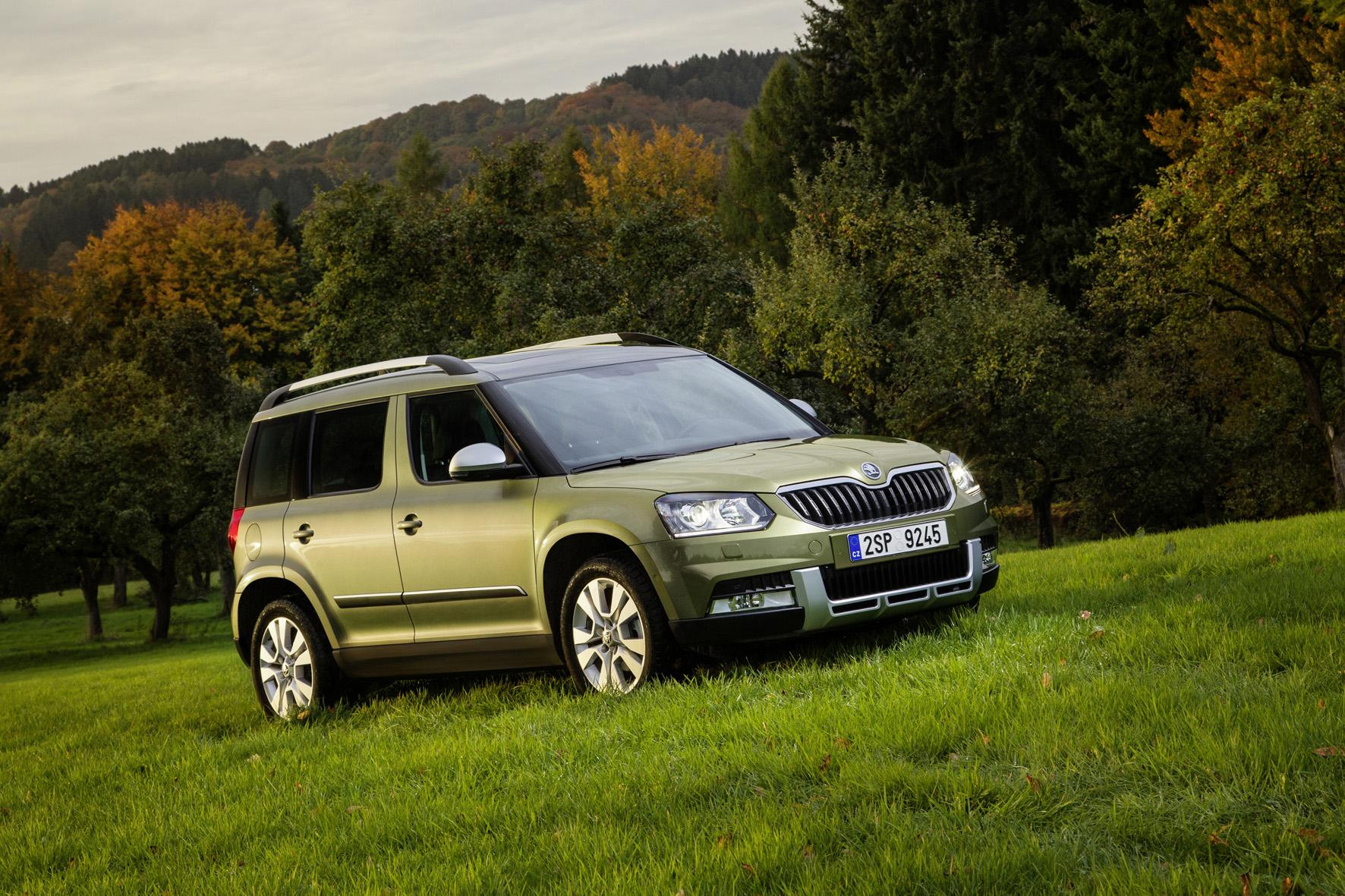 Getting better and better – Skoda Yeti

How on earth do you take a success story and make it better? That’s the difficult task facing Skoda with its all-conquering Yeti.

First introduced in 2009, the Yeti tore up the rule book with its novel approach to practical motoring, combining the best elements of a family hatchback with those of an SUV to create the ideal crossover.

The general public clearly thought it worked; over 250,000 have been sold since 2009 with a big chunk of those in the UK. But the competition never lets up, and so the Yeti has been enhanced, with the facelifted version arriving in showrooms early in 2014.

The change you’ll notice first is the exterior. The Yeti has been brought more into line with the family look, so there’s a squared-off grille, smarter body-coloured elements all round and new bi-xenon headlights with LEDs. The round fog lights are gone and replaced by more discreet rectangular items too.

Even with a more mature and discreet look though, there’s no mistaking the Yeti for anything else. It still has that tough, planted look, and with new choices of alloy wheel and paint colour there’s even more opportunity to stand out from the crowd. If you don’t like the Yeti then these details probably won’t change your mind, but the Yeti is distinctive in a sea of similarity and that is worthy of praise.

There’s an added twist however. As well as the standard Yeti, there is the Outdoor model, which as its name suggests is better prepared for tough treatment. Outdoor models have a black trim down the sides and on the lower edges of the bumpers, so bumps and scrapes won’t break your heart. The bumpers themselves are also of a different design to allow better approach and departure angles should you choose to venture off-road.

There are updates on the inside too with a new three-spoke steering wheel, new seat trims and fabrics plus the option of decorative inserts on the dashboard. It helps to lift the already-good quality feeling of the cabin, without sacrificing any of its utility.

Interior flexibility is still one of the Yeti’s strongest assets. The load area is unchanged at 510 litres up to a maximum of 1,760 with all the seats removed, an impressive figure for a car of this size. There’s still the flexibility to slide, fold and remove the three individual rear seats too, something which very few rivals can offer.

Add to that some new tech, such as a reversing camera and keyless start plus clever features such as a rechargeable torch mounted in the boot and a high-vis vest holder under the front seat, and you get the feeling that the Yeti could cope with just about anything.

Especially if you go for the four-wheel drive version, now equipped with the latest generation Haldex system that automatically diverts power to all four wheels only when required which helps to save fuel as well as giving you traction when needed. In fact the new system means all 4×4 version have reduced CO2 emissions compared to the outgoing models.

Climb behind the wheel and getting comfortable is easy, with plenty of adjustment in the steering wheel and the seat, all topped off by a raised driving position that’s a real boon. It’s also a delightfully easy car to drive; the manual gearbox is slick, the pedal weights are nice and light and the steering is well-weighted and accurate.

Despite its modest size the 1.2 TSI version gets along very well indeed, behaving like a much larger naturally aspirated engine and pulling the Yeti along more than quickly enough to keep up with the traffic flow.

However the best all-rounder has to be the 2.0 TDI with 140PS, which comes in four-wheel drive Outdoor form. With more torque than you really need you can get up to speed with complete ease, and cruising never requires any effort, even on inclines. The security of four-wheel drive traction also means you can hustle the Yeti along if you want to, and despite its height it feels secure, comfortable and even good fun.

That the revised Yeti has gained improvements and additions rather than wholesale changes tells you everything you need to know; this was an excellent car to start with, and the changes have merely added to its appeal. It’s a family car you need not make excuses for.