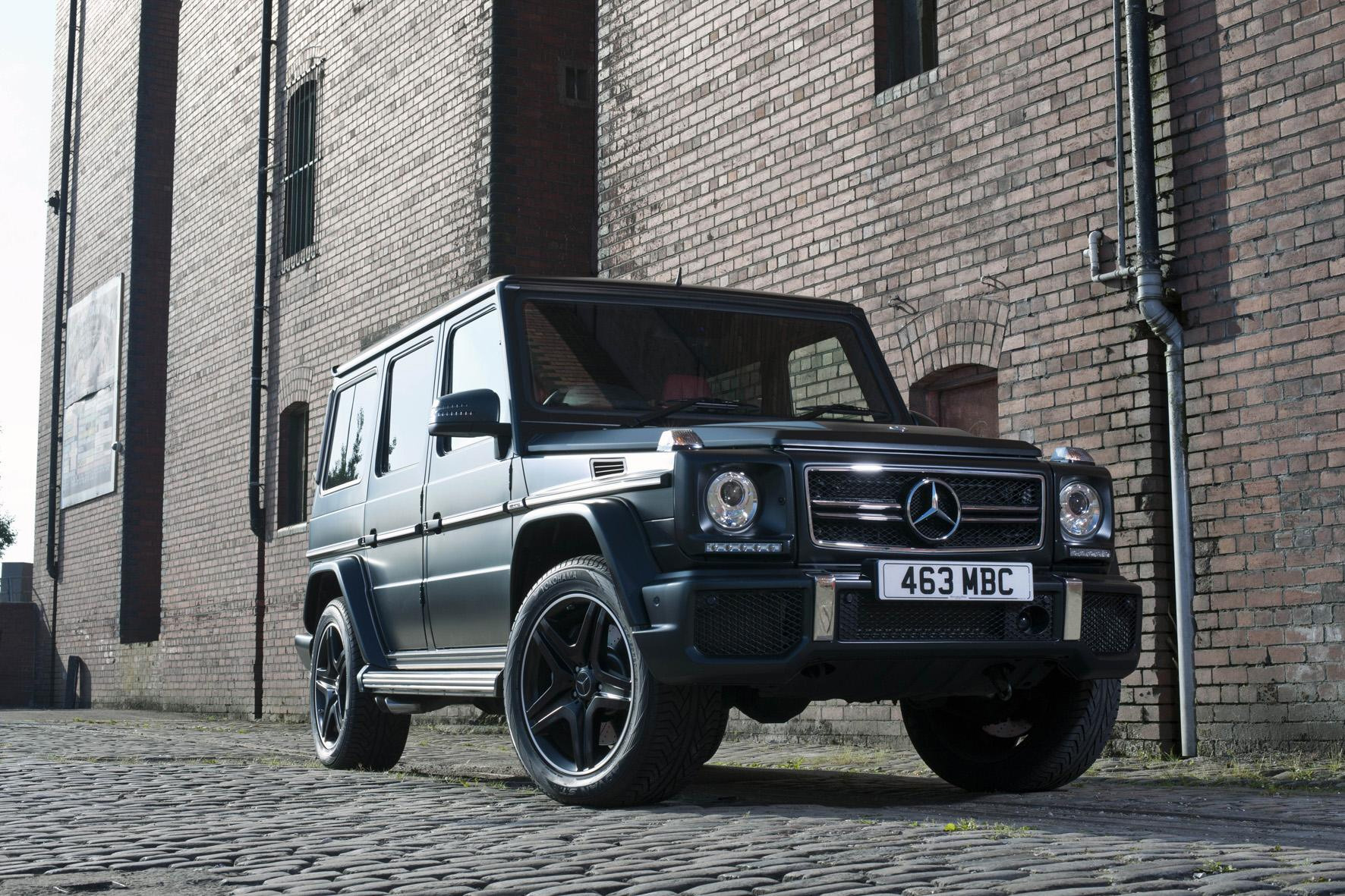 The motor industry has come a long way in providing more choice than ever and it couldn’t be further away from Henry Ford’s original colour palette – anything, as long as it’s black.

This diversity has allowed cars like the G 63 AMG to exist. If you’re not familiar with the G-Class, or G-Wagen as it is often called, a little history is required to fully understand the planet it has just arrived from.

Back in the 1970s Mercedes-Benz produced a utility vehicle for the German military, with serious off-road capability but with on-road comfort and room for a few people. Quite sensibly, Mercedes-Benz decided that the general public might like them for the same reasons that the soldiers did, and so it went on general sale.

In many ways not a great deal has happened in the intervening quarter century. Take one look at the G-Class and you can see that the design involved plenty of set squares and few elipsses; it has a relatively short wheelbase and big overhangs, pretty much the opposite of most modern cars. It also has a relatively blunt approach to aerodynamics.

Yet that is part of its huge appeal. Granted some people would describe it as ugly, but I’d go completely the other way; there is a beauty in its simplicity, that it looks as tough as a bulldog and the antithesis of modern elegance. It’s turned up even more on this AMG version too, as this adds bigger wheels and a chunky bodykit. You couldn’t mistake it for anything else, perhaps apart from when it is finished in this matte black paint and looks like an entrant in Death Race .

The delicious lunacy doesn’t end there. You can have a semi-sensible G350 CDI diesel version, but it’s still not cheap to buy and won’t crack 30mpg even if you’re really careful. So you might as well go the whole hog and plump for the AMG. Here you get the sensational 5.5-litre twin-turbocharged petrol V8 that appears in the larger AMG models, and all the brilliance that goes with it.

You won’t miss the exhaust note, as the G 63 has quad exhaust pipes that exit just behind the front wheels to give you the full aural package. Start it up and there’s a rumble of thunder, and if you blip the throttle, such is the torque on offer, the whole car rocks from side to side. Clunk the transmission into D and you’re off.

Although the G-Class has been updated comprehensively over the years, some elements are still a reminder of its age. The flat, relatively small windows provide less light than you might be used to, while the steering is relatively slow and a little vague compared to a more conventional car. But these are small details that don’t dilute the G 63’s appeal.

In fact, it only takes about five seconds to fall for it, which is slightly longer than it takes to get to 62mph from rest. Despite weighing over two tonnes, a prolonged squeeze of the G 63’s accelerator delivers a deep-chested and relentless shove of acceleration with a spectacular growl from the engine. It all seems so incongruous that a car of this shape and weight can leave sports cars choking on their reputation, and that makes it enormous fun.

It’s not quite as spectacular through the bends, although it certainly does a good job. Stiffer AMG-specification suspension curbs excessive body roll without ruining the ride, although it’s always worth remembering you’re in a tall and heavy vehicle.

The G-Wagen is a unique vehicle. There are faster (just), more spacious and more comfortable SUVs – Mercedes-Benz themselves sell two of them – but to judge it with such cold, hard criteria doesn’t do it justice. It’s the small details that set it apart, like the way the heavy doors shut with an indestructible thump rather than a smooth thud.

You need a fair slice of cash to be able to afford one, but it’s easy to see why they’re so popular. Nothing short of an armoured personnel carrier even comes close.