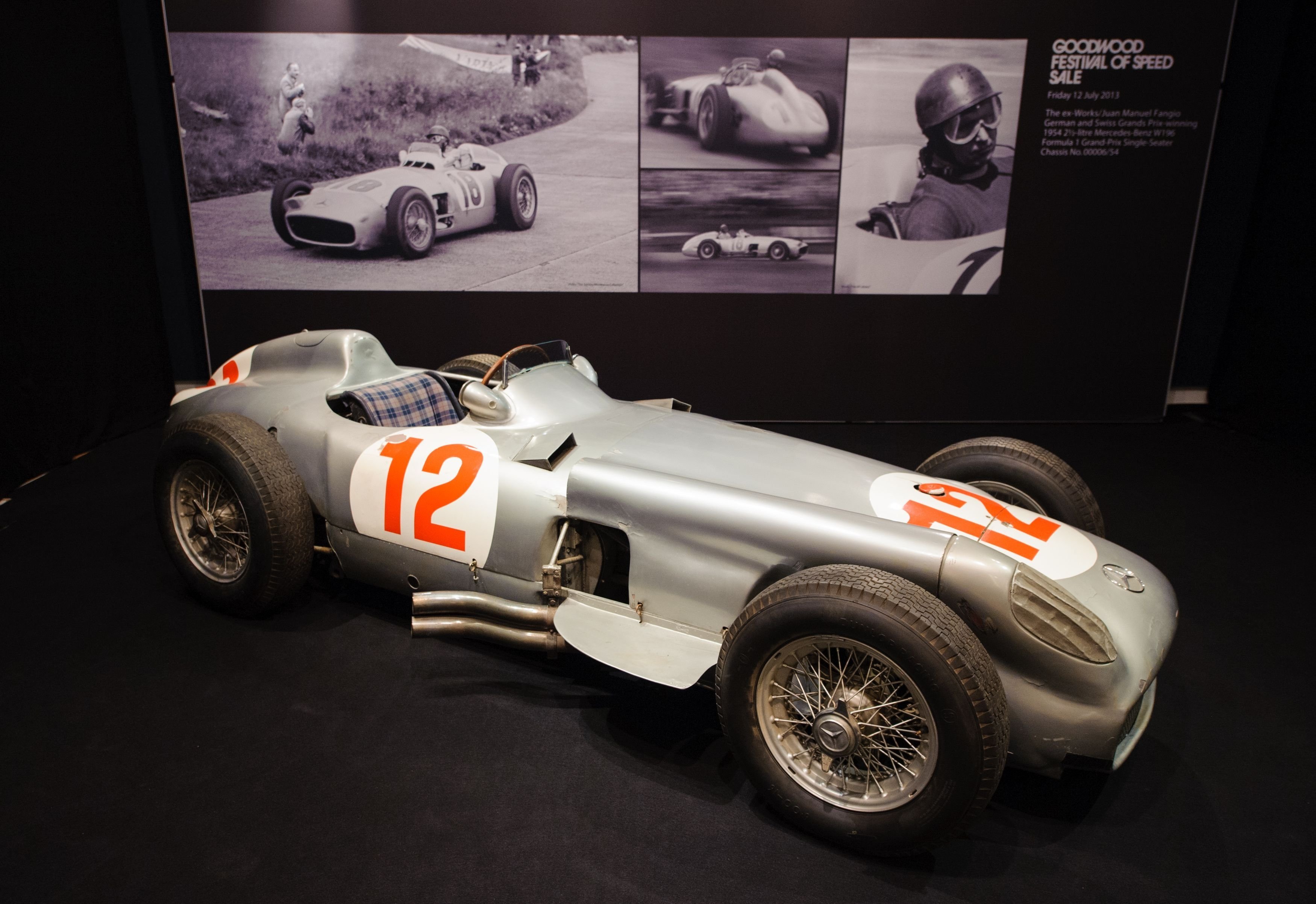 The most important historic Grand Prix racing car ever offered at public auction goes under the hammer today, experts have said.

The 1954 Mercedes-Benz W196 was the race car driven by five-times F1 world champion Juan Manuel Fangio when he clinched his second title in 1954.

Fangio drove the 2.5-litre car to victories in the 1954 German and Swiss Grand Prix races, the first successive triumphs achieved by the factory Mercedes-Benz team in its post-war comeback.

The German-made car contains many features innovative at the time, including a fuel-injected engine, lightweight chassis weighing just 72lbs and all-round inboard-mounted brakes.

Although no guide price has been disclosed, the car – chassis number 00006/54 – is set to sell for millions of pounds when it is sold by Bonhams at the Goodwood Festival of Speed in Chichester, West Sussex.

The auction house has described it as “not only one of the most significant motor cars of the 20th Century, but also the most important historic Grand Prix racing car ever offered at public auction”.

The Mercedes-Benz has attracted interest from potential buyers on three continents, and will be sold in its current condition with noticeable blemishes.

After being presented to the National Motor Museum in Beaulieu, Hampshire, in the 1970s, it was sold to a private collector in the 1980s and then into the ownership of a German businessman.

Bonhams chairman Robert Brooks said: “My motoring auction career spans five decades and I have been privileged to have handled some of the world’s most desirable and important motor cars.

“To handle the sale of this legendary W196 Grand Prix car – the only one out of captivity – could well be the pinnacle.”