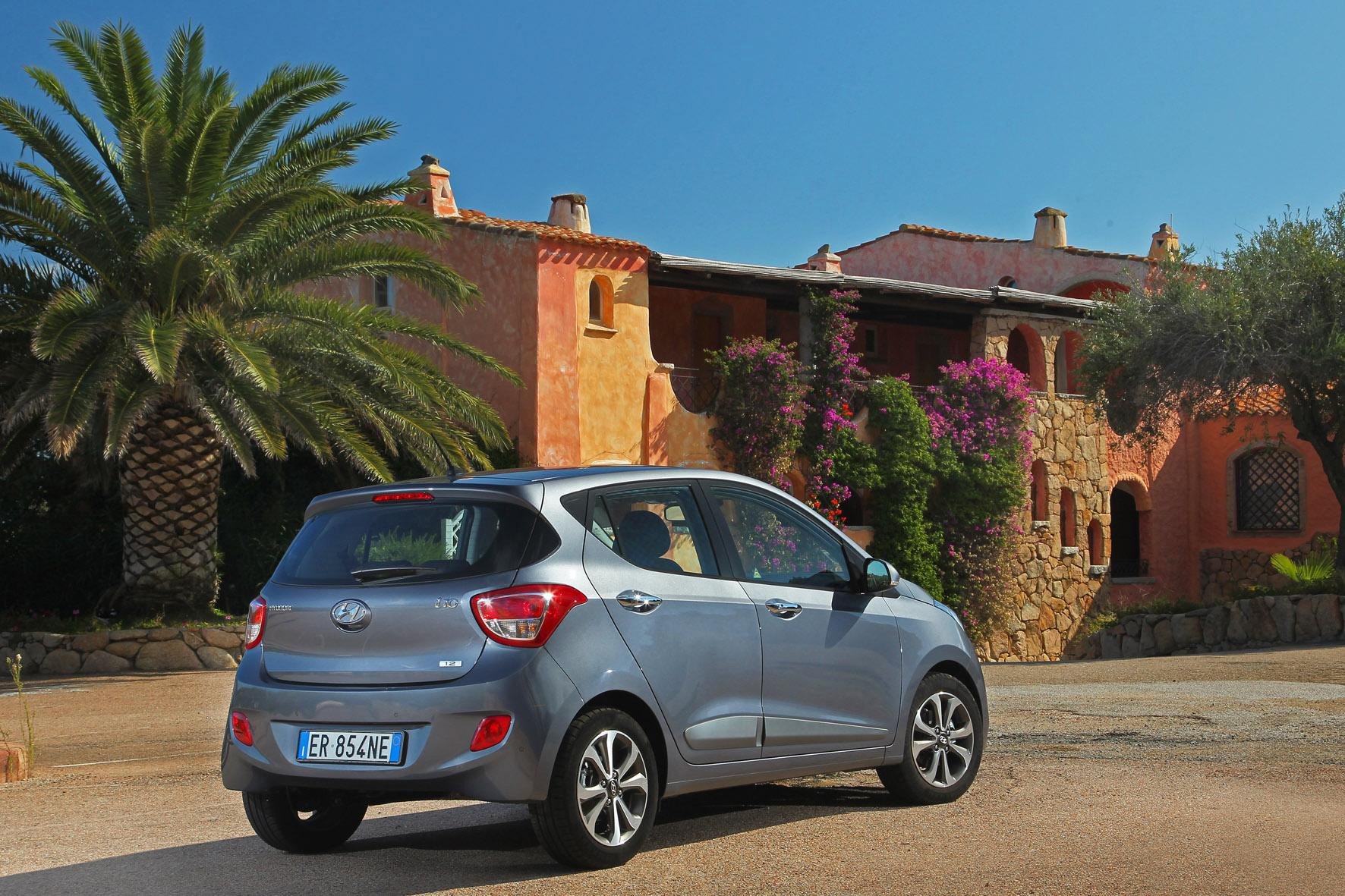 This is the longest and widest city car out there, and Hyundai wants to shout about it. ‘B-segment quality and practicality in an A-segment package’ is the rallying cry from the people behind the all-new i10, and a significant increase in size helps it on its way.

One suited company rep even described the car as more of an ‘A+-segment’ machine, but enough talk of segments – we’re not dealing with a Chocolate Orange. The bottom line is that the i10 is quite a bit bigger externally than its main rivals. You get the biggest boot in the class, with a broad floor area to accommodate a medium-size travel case flat, instead of rival cars’ boots which might force you to stand it up or lie it on its side.

The spacious cabin is dominated by a huge, full-width coloured panel on the dashboard in a choice of orange or blue – with beige restricted to the entry-level S model and red kept only for the Premium grade. It certainly gives the car a measure of character but it’s also a divisive feature, so get up close to form your own opinion of how it looks.

Physical quality is as high as you could hope for in a car of this class. The plastics are hard and in some cases very hollow-sounding, but there’s no exposed metal anywhere. Then factor in the classy centre console layout and Hyundai has a good case to argue that the i10 has a higher perceived quality than any of its competitors.

Practicality is boosted by the new model’s inflated size. There are more cup or bottle holders than you can shake a stick at, with one in each of the four doors and – depending on bottle sizes – up to four more between the front seats. The front door slots can take big litre-sized bottles, too. The glove box is broad and evenly shaped, so there are no problems stuffing it full of everyday essentials.

There are two engines available in the UK. A familiar 1.2-litre four-cylinder engine is the range-topper and the more expensive option, but a new three-cylinder 1.0-litre unit steals the limelight. It’s gutsy at typical engine revs; arguably more so than the 1.2, and with its characterful background buzz and tractable, flexible manner it’s the one to go for. Its only flaw is that while vibrations are isolated remarkably well at the steering wheel and seat, the rear view mirror does suffer from the shakes.

It also has to noted just how quiet the i10 is. Keep the revs low, and even at 50mph the cabin is surprisingly hushed. This is the smallest car Hyundai makes, remember, and even if it is bigger than the rivals it definitely sets new standards for interior noise levels.

However, there’s only one version in free road tax territory, and to get that you have to drop from five seats to four (weight-saving) and accept the mid-range SE trim only. The rest of the models fall behind some rivals for emissions.

Any other flaws to blot the copy book? That depends entirely on how you use it. If the size and parkability of a car aren’t as important as style, driver-friendliness and refinement, the i10 plays a blinder. Only if you need your city car to excel at parking in tight on-street spaces are there significantly better options out there.