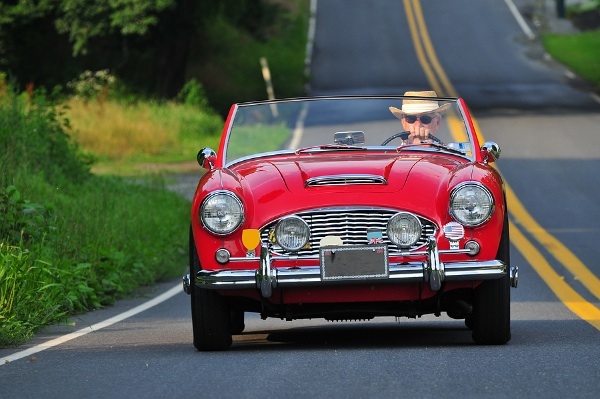 Many of the over 70s continue to drive well into old age; in fact as a percentage, those over 60, are actually driving more than youngsters.

In 1975 only 15% of people over 70 held a driving licence and drove regularly.  This has now increased massively to 57%!  Not only are more people over 70 driving, but they are also driving many more miles than the average person, with those in their 60s driving 3,925 miles annually. The average for all ages is a lot lower at just 3,416 miles per annum.

One reason for this is the high percentage of people who drove in the 1980s, 90s and 2000s are simply continuing to enjoy driving and have got into the car habit. With cuts in many bus services, especially in rural areas, seems to have  persuaded many to keep their beloved motors.

The over 50s have a much lower incidence of accidents than youngers in their teens and twenties as they have experience and are much more careful, which should be reflected in lower insurance premiums.

However car manufacturers dont seem to target the over 50s who represent 30% of the UK population at 22 million people. Their car promotions and adverts mostly show younger drivers having fun or families in bespoke vehicles. When was the last time you saw a granddad in his 60s depicted in a TV car advert? Maybe this is a missed opportunity, and should be investigated to drive car sales whilst we are in recession? Silverhairs will be speaking to car manufacturers to see if we can get some special deals for our members. Join us and lets try and change their minds!