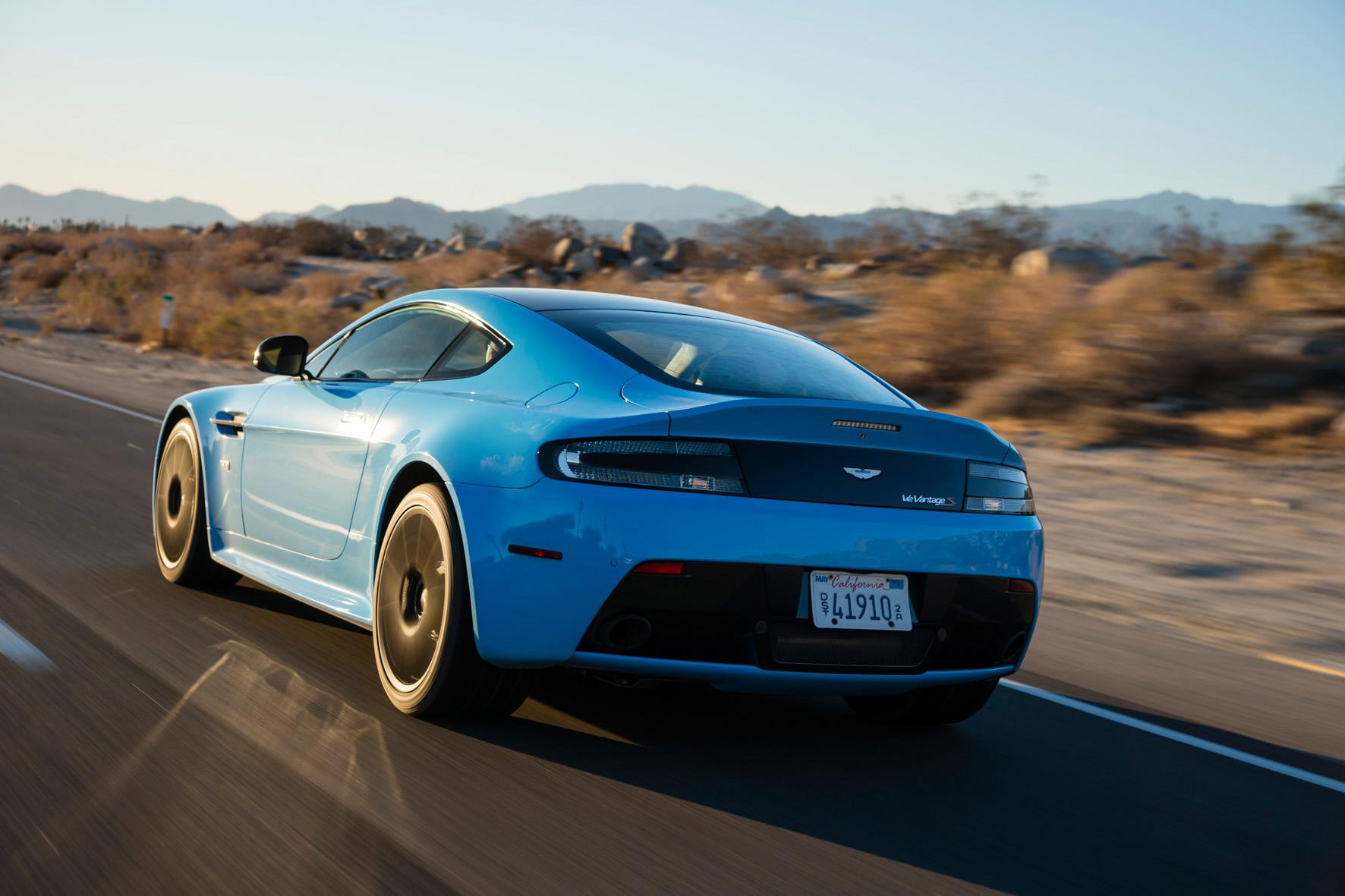 It’s party time at Aston Martin. Their centenary year has been a glorious celebration of machinery new and old, and it’s been a very satisfying experience to see just how far the marque has come, especially over the last decade.

The CC100 concept is quite something, but you can’t buy the concept in your local dealer. The Vantage V12 S, however, is a different story.

The Vantage is Aston Martin’s entry model – if you can call it that – and in its V8 guise, it’s a gusty yet comfortable sports car. However, in 2009 the company’s CEO Dr Ulrich Bez decreed that Aston’s smallest car should be the recipient of its biggest engine; the 6.0-litre V12. This automotive alchemy required a great deal of work. Squeezing a 6.0-litre V12 engine into a space that was never designed to hold it creates a few issues, but in achieving it they created a 21st century muscle car. And it was brilliant.

The V12 S is that little bit extra too. Right out of the box, it is second only to the outrageous £1 million One-77 hypercar in terms of acceleration; the Vantage V12 S can crack 60mph from rest in 3.7 seconds.

It’s helped by the engine; a new V12 that first appeared in the Vanquish but has now been inserted into the smaller and lighter Vantage. While the old car did rather well with 510bhp the new one offers 565bhp which, by any stretch of the imagination, is a lot.

This looks like no other Aston Martin either. The previous V12 Vantage looked pretty tough thanks to an extended bodykit and many much-needed vents in the bonnet, but the V12 S is a different animal. It looks barely capable of containing the muscle within, like a bodybuilder crammed into a shirt three sizes too small. As you walk up to it and climb inside, it looks a lot like its GT4 racing siblings.

Climb inside through the clever upswinging ‘swan wing’ doors and you sit low and snug. The standard sports seats are good but the optional bucket items offer top-drawer support and save a few pounds in weight too. Slot the sapphire glass key into the slot and the V12 S whirrs and snarls into life.

In standard mode the exhaust runs through a hefty silencer, which keeps the noise civilised. Punch the Sport button and this is bypassed, giving full noise. You will want to do this as often as possible.

Hit the D button on the dashboard and the Speedshift III automated manual transmission is ready to go. Newly developed for this installation, Aston says it offers its fastest shifts and is lighter than the previous manual gearbox.

The V12 S can do the urban crawl thing. The ride is firm, of course, but there’s new adaptive damping to help and it’s more than comfortable enough. The engine has so much torque you can be extremely lazy with the gears, or just let it do its own thing in automatic mode – be prepared for people to stop and stare.

But don’t waste your time in town. Get the V12 S out into the country, to its natural playground of twisty and challenging B-roads, and the whole thing comes to life.

For starters, the engine is magnificent. With the car in Sport mode and the transmission in manual you can really exploit its performance. It almost doesn’t matter what gear you’re in; the V12 S just blasts forwards, right around the rev counter with that spine-tingling soundtrack egging you on.

Standard carbon ceramic brakes are reassuring to have when shedding high speeds, and the firm pedal action is a big help. The gear changes are undoubtedly rapid if not quite as smooth as a dual clutch transmission, but there’s rarely a moment when you think about anything other than what a spectacularly fun car it is to drive.

With so much power going through the rear wheels it’s easy to think it would be a total hooligan, but traction is very good. Even with the dynamic stability control switched to Track mode it’s very rare that you have to correct a wayward rear end. It builds your confidence, but still allows you to have fun.

At this price and performance, the Vantage V12 S is fairly short on rivals. Germany offers a few, but it will only take one look at the Aston to know if it’s the car for you. And if it pushes your buttons with a glance, you can rest assured it is a complete thriller from behind the wheel too.