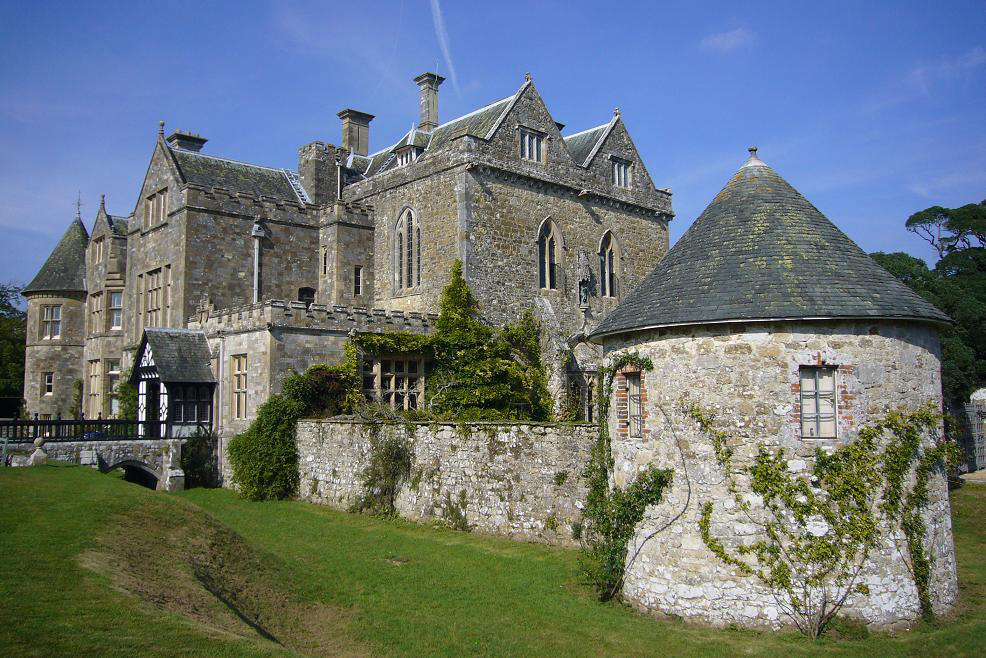 Did you know that in order to be hired as a Footman in Victorian England, the job selection criteria included ‘tall and handsome’?  Although completely politically incorrect these days, those were the requirements for assisting some of the wealthiest families in Victorian times. As well as being helpful in a very practical sense, a Footman was seen as a status symbol for the elite gentry.

A visit to Beaulieu situated in England’s Hampshire is an education as well as a fun day out. Beginning as a monastery for Cistercian monks in 1204, Beaulieu has evolved to become one of England’s most impressive, educational and interactive historic estates ensuring it’s survival with a successful blend of traditional and contemporary activities.

After visiting Palace House this week, I came away with a deeper understanding of its historical importance as well as a peek through the window of Victorian life at Beaulieu. Having been owned by the Montagu family since 1538, preservation of its more recent history enables interactive education for adults and children alike, making it a fantastic destination for families. Converse with parlour maids take an escorted tour with a footman, be entertained in the music room then take a look at what’s on the menu for dinner. Hope you like pigeon pie or rabbit casserole!

During the Second World War, Beaulieu was secretly commandeered by Winston Churchill and became a finishing school for some of Britain’s best secret agents of the Special Operations Executive. Trained in absolute secrecy at Beaulieu, men and women were then placed in occupied territory to disturb the momentum of German forces. Curious to know if you’d have made the grade as a spy? Get involved in some of the code breaking exercises still on offer at Beaulieu’s World War II exhibit.

Renowned as one of the world’s best motoring museums, Beaulieu will appeal to vintage car enthusiasts. With more than 250 vehicles on display, the National Motor Museum is a must see for all the family. You might even get to ride in a chauffer driven vintage car.

Before you leave Beaulieu visit the souvenir shop. You will find toy cars, puzzles and games for the children as well as special gifts for Mum and Dad. Unfortunately ladies, there is no guarantee of a lanky, leggy Footman to carry your shopping bags.

Karen is a freelance writer and speaker who through her programme, An Angel In My Purse, supports human rights. For more than fifteen years Karen has been assisting individuals in their personal and business lives to redefine their relationship with money; create a paradigm for profit and experience the balance between money and meaning. As a former financial counsellor with experience in small business, communications and law, Karen brings a balance of qualifications; practical business skills; metaphysics and spirituality to her writing. In a time of economic uncertainty it's Karen's ability to combine the practical aspects of personal finance with esoteric wisdom that instills trust in her clients.

Latest posts by ksb (see all)