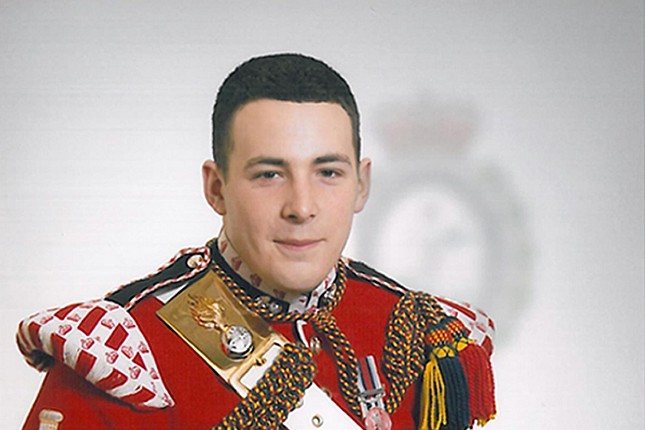 On the 22nd of May 2013 an event that had a profound effect on my life shook the world.

The horrific murder of Fusilier Lee Rigby outside Woolwich Barracks in London led to an outpouring of national sympathy.

At the age of 66 I was writing the lyrics for a full length musical when I heard the sad news. Then news came through that Lee was from Middleton, which is in the borough of my home town of Rochdale. I determined there and then that I would write a tribute song in Lee’s memory. It took me about an hour to write the lyrics, everything that I needed to know about Lee was there in the public domain.

I emailed the lyrics over to my song writing partner Ian and asked him to write the music for them. Within 48 hours he had written the music and recorded a demo of the song in his home studio. We decided that the song should be called Rest In Peace, Brave Fusilier.

Our record producer, Pete Troughton, offered to record, mix, and produce the song free of charge. My friend Monica Wilkinson arranged a benefit evening for the Fusiliers Aid Society, the charity who would now help to support Lee’s widow Rebecca, and his little boy Jack. The event took place on the 26th June 2013, attended by Lee’s father, and representatives of his regiment. It was an emotional evening and raised £9,500.

Ian and I duly recorded the song with Pete and uploaded it to You Tube with a link to the account of the Fusiliers Aid Society for contributions.

As I write this, Lee’s murderers await sentencing. Rebecca is still grief stricken. Three year old Jack still asks where his daddy is.

This year we remember the start of the Great War a hundred years ago. It was supposedly the war to end all wars. Needless to say, it didn’t! I have visited the war graves in France, a heart breaking experience.

I have no answers to the eternal question of man’s inhumanity to man, no one has.

With all its faults, I value highly the democracy that we live in, and I will be forever grateful to the men and women who help to preserve it.

Born in April 1946, I am a professional singer/songwriter. I live in Castleton, between Rochdale and Middleton, via the Algarve, the Costa Blanca, and New York. I am widowed and live alone in a little old farmhouse cottage with gardens on three sides which I enjoy taking care of. I enjoy cooking, gardening, reading biographies, and horse racing, I love classical ballet, and classical music, which go hand in hand.