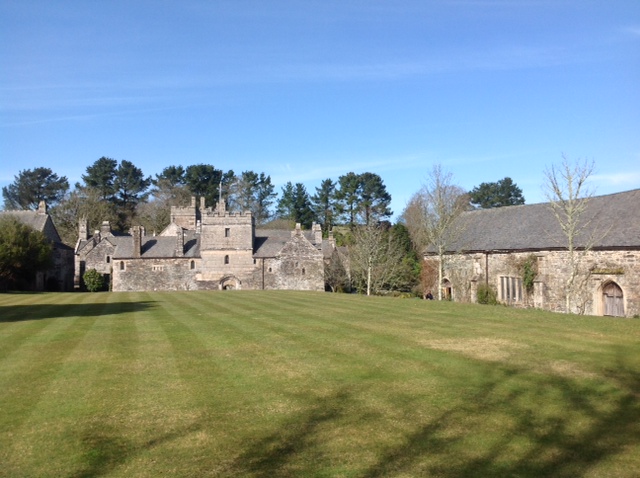 Enjoying the spring sunshine and peace in Cotehele National Trust’s beautiful gardens, I think back to the brave escape of a previous owner Sir Richard Edgcumbe.

The rumours were still rife of the murder of the two princes by Richard III. Angered by these murders Edgcumbe joined the rebellion led by the 2nd Duke of Buckingham to dethrone this Yorkist Richard II and replace him with Henry Tudor. But when the rebellion collapsed & Henry’s ships fled, Edgcumbe’s arrest was ordered and a troop of soldiers commanded by the notoriously brutal Sir Henry Trenowth of Bodrugan were sent to arrest him.

He hid himself in the woods next to his home and when his hiding place was discovered, he threw his pursuers off the the scent by filling his cap with stones & throwing it into the river. His pursuers thought he had drowned in the river below. After this he fled to Brittany and joined Henry Tudor. They returned to England in 1485.  He received a knighthood later that year after the battle of Bosworth Field.

During his last mission, a diplomatic one to negotiate a truce with Anne Duchess of Brittany, he died at Morlaix in 1489 and was buried there. His tomb was destroyed during the French Revolution.  In 1490 a a chapel was built by Sir Richard Edgcumbe in memory of his escape from Sir Henry Trenowth.  It still stands there today and you can walk up to it and look down into the river.

Sir Henry Bodrugan was a great Cornish landowner & the High Sheriff of Cornwall.  When Richard Edgcumbe came  back he got his revenge by pursuing Bodrugan to the cliffs south of St. Austell where Bodrugan rode his horse over the cliff into the sea to escape.  The spot has been ever since known as Bodrugan’s Leap which today can be reached on the south west coastal path between Chapel point & Dodman point.

I live on a working farm in Devon which was started with just one cow! I am a Grandmother of 6. I enjoy walking on Dartmoor, sailing, travel and reading. 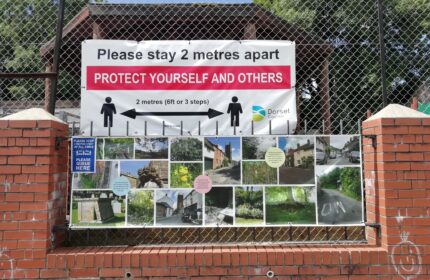