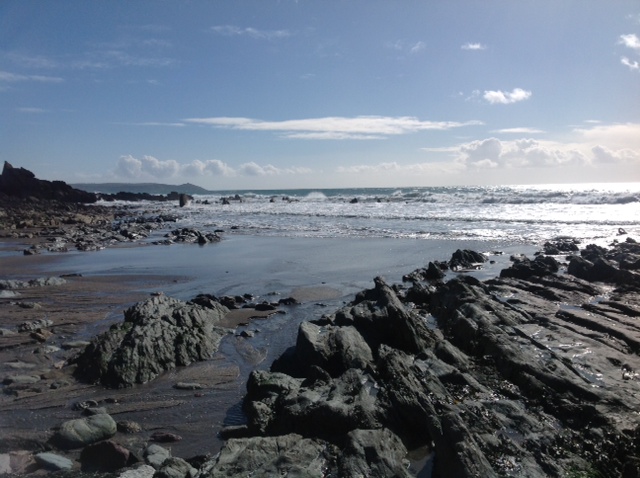 The lady of the sea

On sunny days an old lady makes her way across the golden bay to the far end to sit in seclusion at the ancient Cornish haven of Port Wrinkle where once millions of pilchards were landed annually & pressed for their oil and packed into barrels at the Pilchard Cellars above the old horseshoe shaped harbour.

The old lady carries her light collapsible chair along with a sunshade parasol to ‘her’ regular spot near the water’s edge, gazing out at the sea and vast expanse of Whitsand bay, dominated by the great headland of Rame Head to the east surmounted by it’s medieval chapel.

Having set up her chair and parasol in her preferred spot, she spends hours each day during the Spring and Summer months simply watching the sea. What has happened here? What draws her back year after year to this beautiful vantage spot. Did she have a husband or son who was drowned at sea. She is such a lonely figure.

Sometimes the sea is flat calm and shafts and stars of sunlight bounce off the surface of the sea. Other times it is stormy and the waves crash on the rocks as the surf thunders up the beach. When the tide comes up she moves her chair back. Storms and heavy seas continually sculpture the beach as if a giant hand has moved hundreds and on occasion thousands of tons of sand out to sea. Bringing in tons of seaweed from the bottom of the bay. Surprisingly large boulders and rocks are tossed around the beach by the waves creating an ever changing scene.

The old Lady abandons her chair at lunch time for the long trek along the water’s edge to the harbour & up the steep slipway to her ancient stone and slated fisherman’s cottage with it’s white window frames and gossip door to have her lunch only to return about an hour later. She is recognisable by her wide brimmed straw sun hat worn above a blue cotton smock over sail cloth trousers. She is always alone and never speaks to anyone. She seems to be wrapped up in her own thoughts, staring at the sea, as though she could bring someone back. Perhaps a Fisherman or a Sailor who was lost at sea. Could it be a husband or a son lost at sea off Port Wrinkle amongst the treacherous reefs off Port Wrinkle. Hers is a constant vigil.

I live on a working farm in Devon which was started with just one cow! I am a Grandmother of 6. I enjoy walking on Dartmoor, sailing, travel and reading. 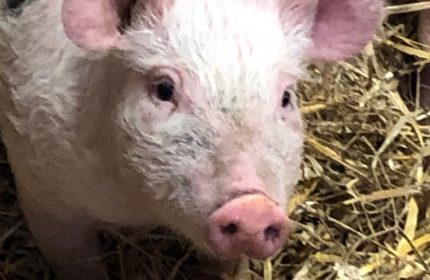