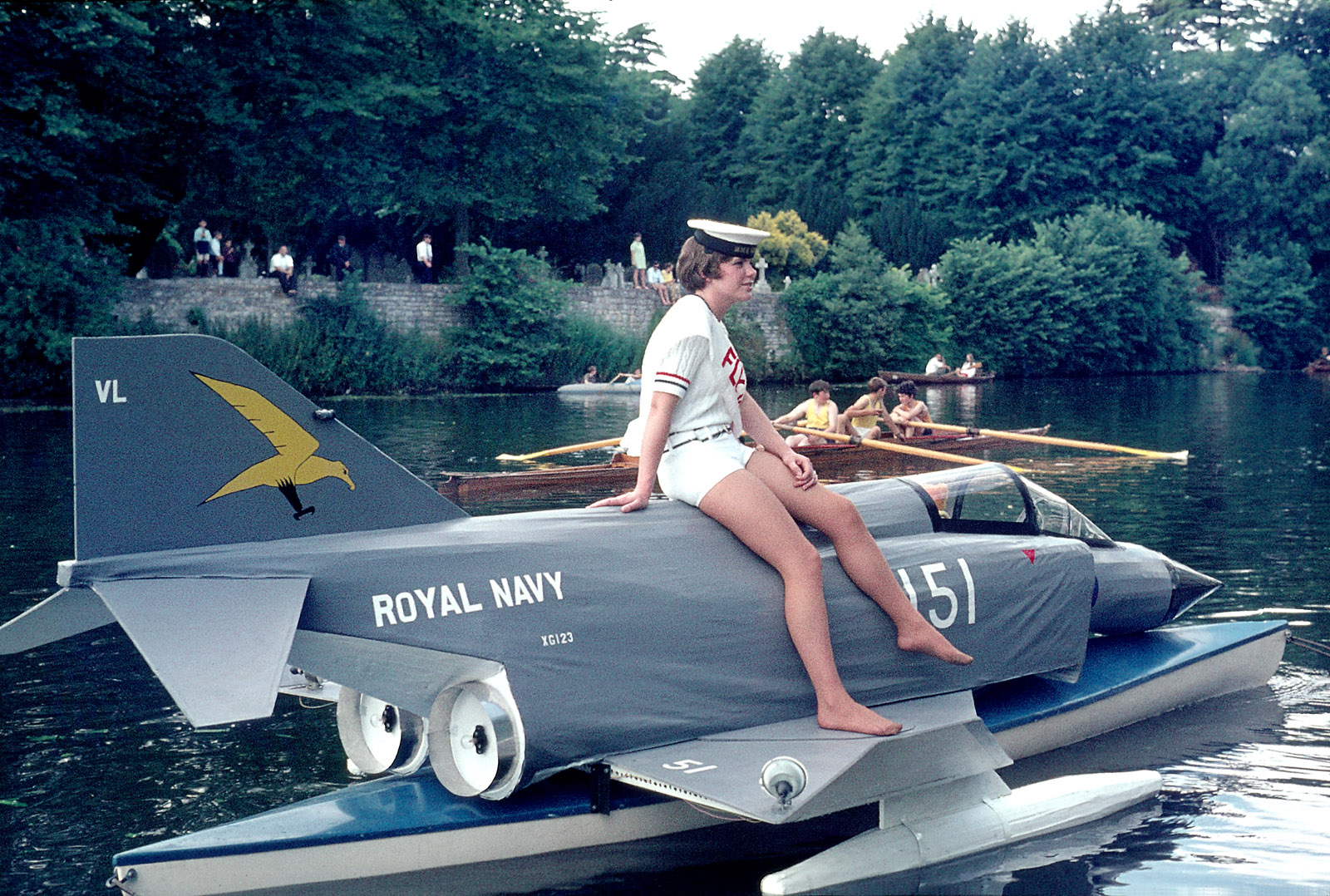 My life in the WRNS

I joined the Women’s Royal Naval Service almost by accident, when a local paper published a photo of me with a friend, a new recruit, at the Careers Office, my boss didn’t believe I was just incidentally there and sacked me!

So I was enlisted as a Radio Operator and went to HMS Dauntless, near Reading for my initial training. 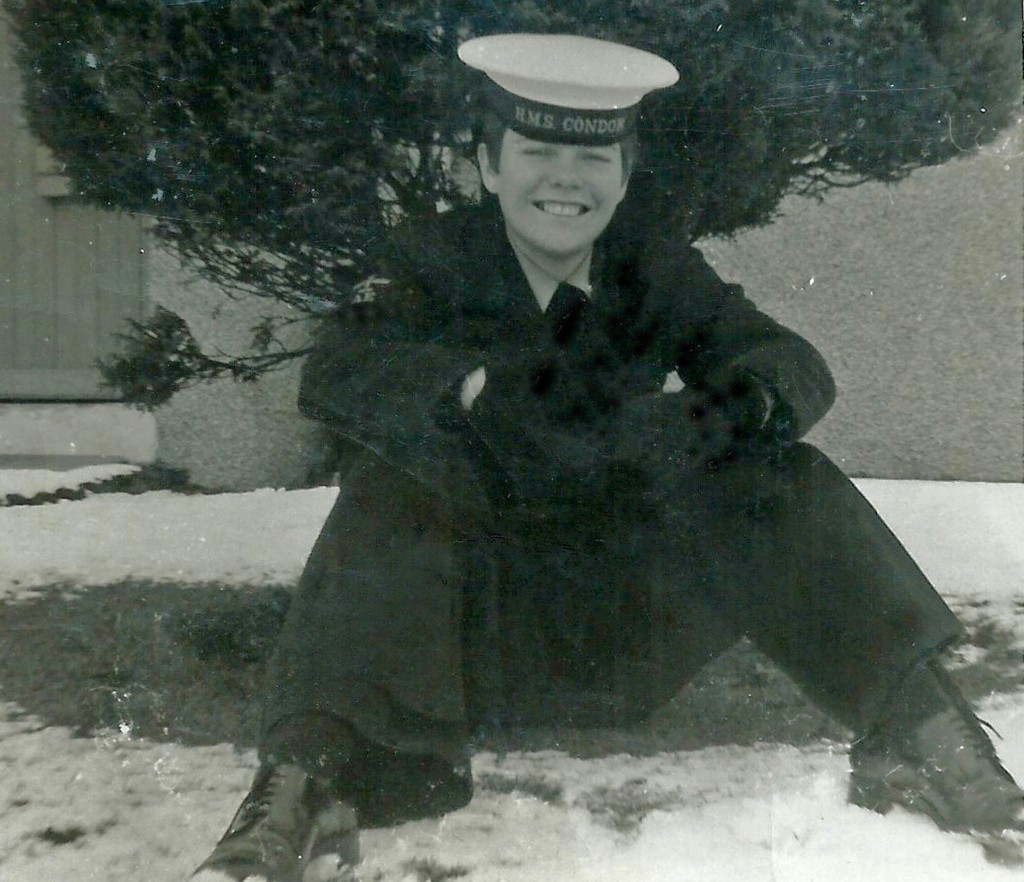 The next step was training at HMS Mercury (Petersfield) but I was given a medical change of trade to Wren Air Mechanic (Airframes & Engines). So I was off to Arbroath in Scotland for my 6 months training on the out-of-service aircraft there. After this I was posted to the Visiting Aircraft section at Royal Naval Air Station Yeovilton, HMS Heron, in Somerset. Even Naval bases far from the sea are called “ships”.

I really enjoyed my time there as my dad had always said “never volunteer”, so I volunteered for anything going of course. I spent the summer weekends of 1968 flying in the SAR helicopter on demonstrations at various country shows, air days etc. With me as the downed pilot in an inflatable dingy on the grass, I would fire off a flare, the heli would return to ‘rescue’ me with the winch, great fun.

We were trained on many types of aircraft at ‘Visiting Aircraft Section’, where I worked. I was most proud of my certificate to maintain the Swordfish biplane, flying to the aircraft factory at Filton, Bristol, in it for their air day, and another time, seated in the back hanging onto the rear-gunner’s flying suit as he stood up to salute the new Captain of HMS Heron when he arrived and we did a low slow fly past. Our pilot “Crash” Evans was a little concerned as the Phantoms flew in at the same time and, afterburners on, roared vertically upwards almost directly above us, we made a distinct lurch towards the ground and the wooden airframe creaked in protest! 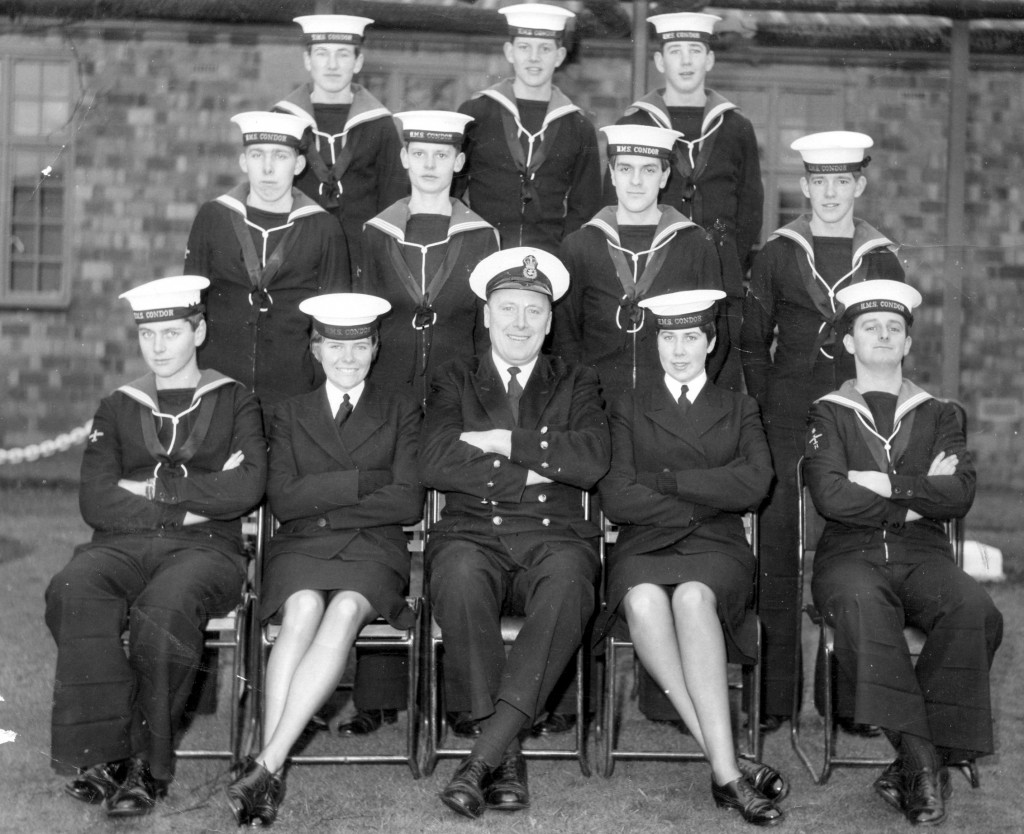 Training at Arbroath, I am the wren on the left as you look at it.

I qualified and/or worked on the Hunter, Canberra, Blackburn Buccaneer , Sea Prince, Devon, Wasp, Westland Whirlwind, Tiger Moth, Vulcan bomber, Lightening, Red Arrows’ Gnat (the smallest) and the USA’s MAC Globemaster (the largest). There were many more that I can no longer remember the names of.

Among visitors I welcomed Petula Clarke (filming ‘Goodbye Mr Chips’) and a certain Lt. C.Windsor who flew in as a student pilot. Now known as Prince Charles of course.

I also worked for a month on the Concorde project at British Aerospace at Bristol. They were using one of our Fleet Air Arm Buccaneer aircraft for some flight tests. My job was to do all the daily checks, maintenance etc on it. The Buccaneer was parked in front of Concorde, and I was called over the tannoy system at lunchtime one day to man its brakes while it was towed out of the way to let the new plane out for its first photo-shoot with the gathered world’s press! And I can say I have walked on the wings of Concorde.

BBC Bristol were part of a team who staged a musical in the city, using the stories of many local people who had been involved in the building of Concorde, this was presented at the time of the last flight of Concorde in Autumn 2003. Based on my experiences!

Another interesting part of my time at Yeovilton was that I had joined the canoe club, they had a model Phantom fighter built, about 14 foot long, we started to go to water carnivals with the Phantom mounted on a canoe and towed by the lads, with me perched on top, in shorts, a top and (not sure who suggested it) a banner saying “Fly Navy” on it! (pictured above)

On a personal note; In August 1968 we were told that a Dutch squadron of Grumman Trackers (anti-submarine bombers) were coming to us for two weeks to take part in a Nato exercise and would be here for that Air Day. I marshalled them in, and, after fixing his oil filter,  I ended up marrying Sgt Pilot Kees van Zoen in December 1969 and leaving the WRNS to live in Holland until his death.

The last Yeovilton Air Day I attended was the one I opened in 1969 as Miss Fly Navy, I was invited to their 100 years of the FAA Air Day 2010 as their guest, together with my husband Rob. 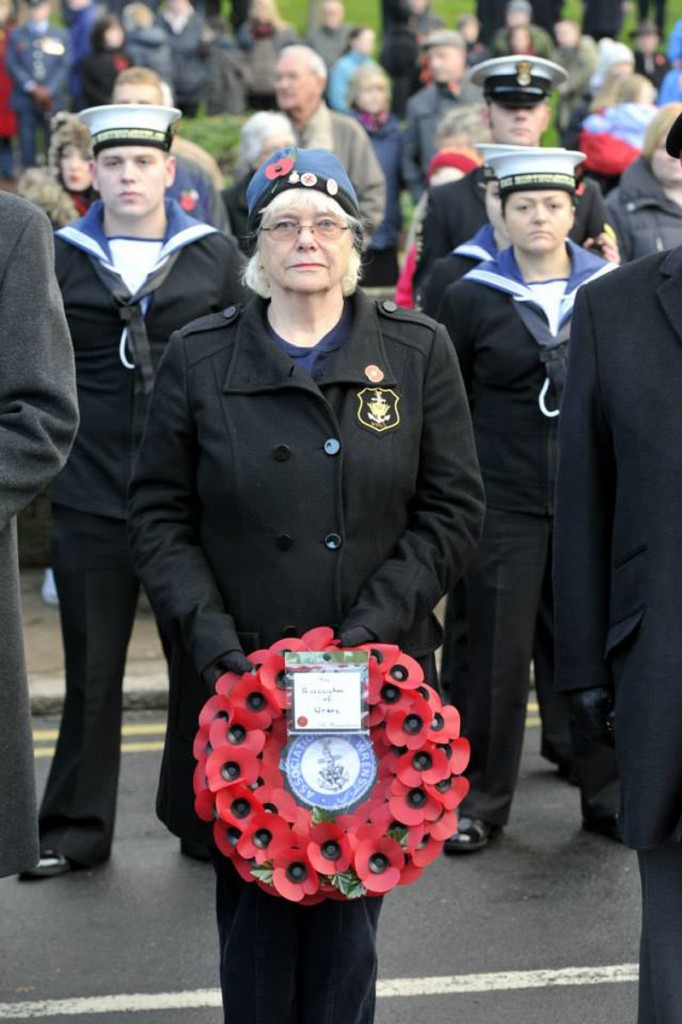 Through discussions on the wrens FB page I ended up marching with the current and ex forces on Remembrance Sunday  and laying a wreath at our War Memorial on behalf of the Association of Wrens. Very moving and a relief to discover, after 44 years, that I can still march in step!”

Hi, I served in the Women's Royal Naval Service in the late 60's. I was an Aircraft Mechanic and loved the work & the social life, I was proud to serve. They really were my most formative years. I left when I married a Dutch Naval pilot and moved to The Netherlands, we had 2 sons, then I returned to the UK after his untimely death. I remarried many years later and now live in beautiful Northumberland. We love hill-walking, coffee shops and reading. I also enjoy photography and knitting. I am in contact with hundreds of ex-wrens and RN ladies via FB and enjoy regular reunions.

The Larkins introduce themselves ahead of series launch
JOIN SILVERSURFERS AND...