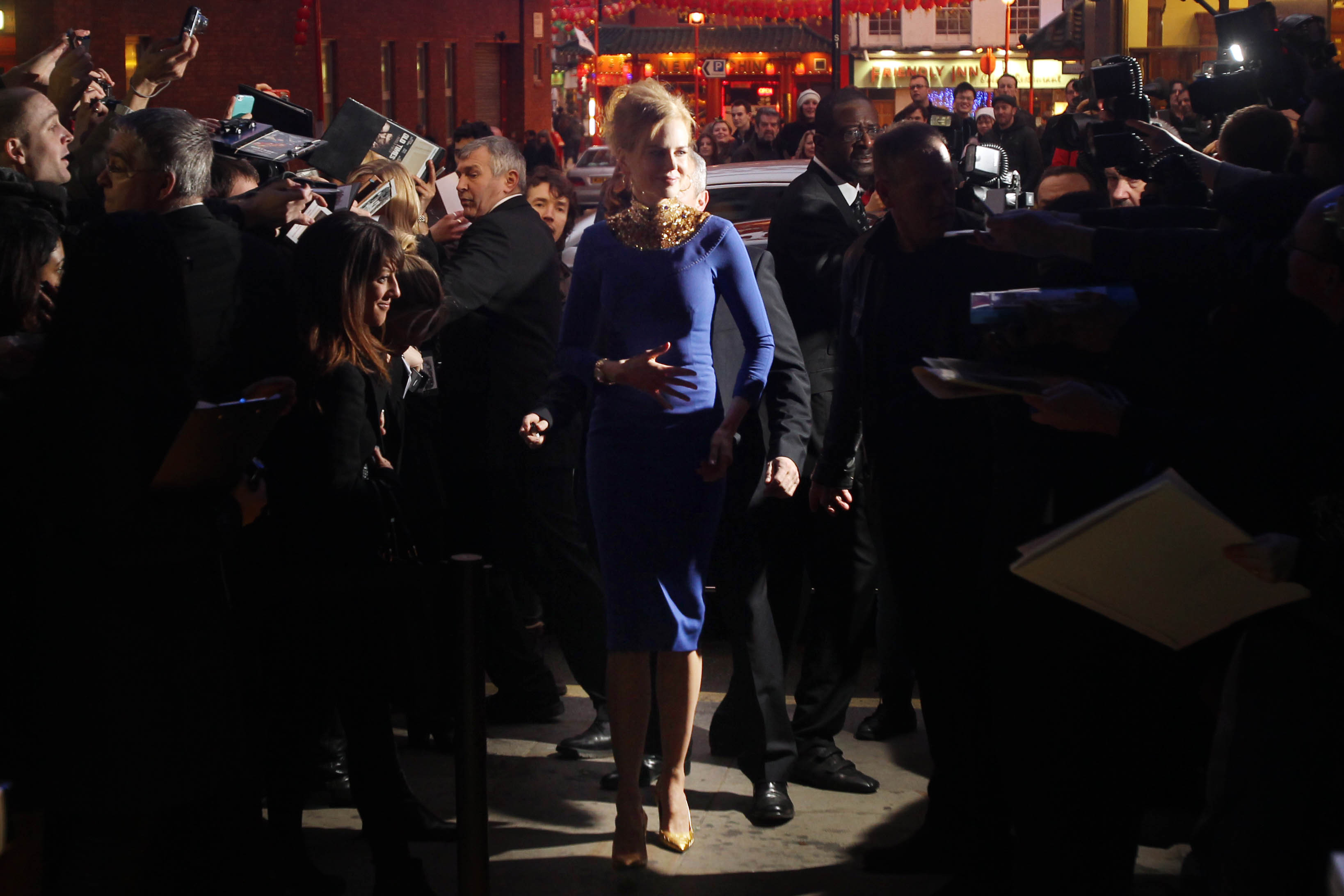 The movie industry has been criticised in recent years over its dearth of roles for actresses once they reach their forties.

Oscar winner Kidman, 45, told the Radio Times: “I love that Emmanuelle Riva, who is 86, may well win best actress at the Oscars (the Oscar was won by 22-year-old Silver Linings Playbook star Jennifer Lawrence).

“That’s glorious. That says something great about the longevity of an actress’s career. Everyone always says, ‘Oh, they only have a shelf life of 40 years’, and you look at that and you go ‘no way’.”

The star admitted that she was “incredibly lonely” after her Oscar win for The Hours in 2003, because of the end of her 10-year marriage, in 2000, to Tom Cruise.

Kidman, who plays a lonely widow in psychological thriller Stoker and a woman who marries a convicted killer on death row in The Paperboy, said that “leading lady” roles were behind her.

“My desire, particularly now as I get older, is to play character roles,” the Grace of Monaco star said.

“The Paperboy is a character role and so is Stoker, and Grace of Monaco. And it’s a great thing being a character actor – the leading lady thing is fine but the interesting stuff is the character parts. I’m not interested in playing myself and I’m not interested in playing the same thing over and over again. I’m not good when I have to be the girl next door. That’s just not my thing, so the more extreme the better in a way.”

Kidman, who has two children, Sunday Rose, four, and Faith Margaret, two, with her country singer husband Keith Urban, said of winning the best actress Oscar: “That was a very strange time in my life because it was the collision of professional success and personal failure”.

She said: “When I won the Oscar it was kind of a mix of popping open a bottle of champagne but at the same time feeling incredibly lonely because I didn’t have what I have now.”

Last year, Miranda actress Patricia Hodge bemoaned the lack of roles for older women in TV and theatre. “It is very difficult for us who are in this age group to talk about it because it makes you sound like an embittered old woman,” she said.