Menu
Articles
Articles NostalgiaCher turns 75: Take a look at these incredible images of the pop icon through the decades 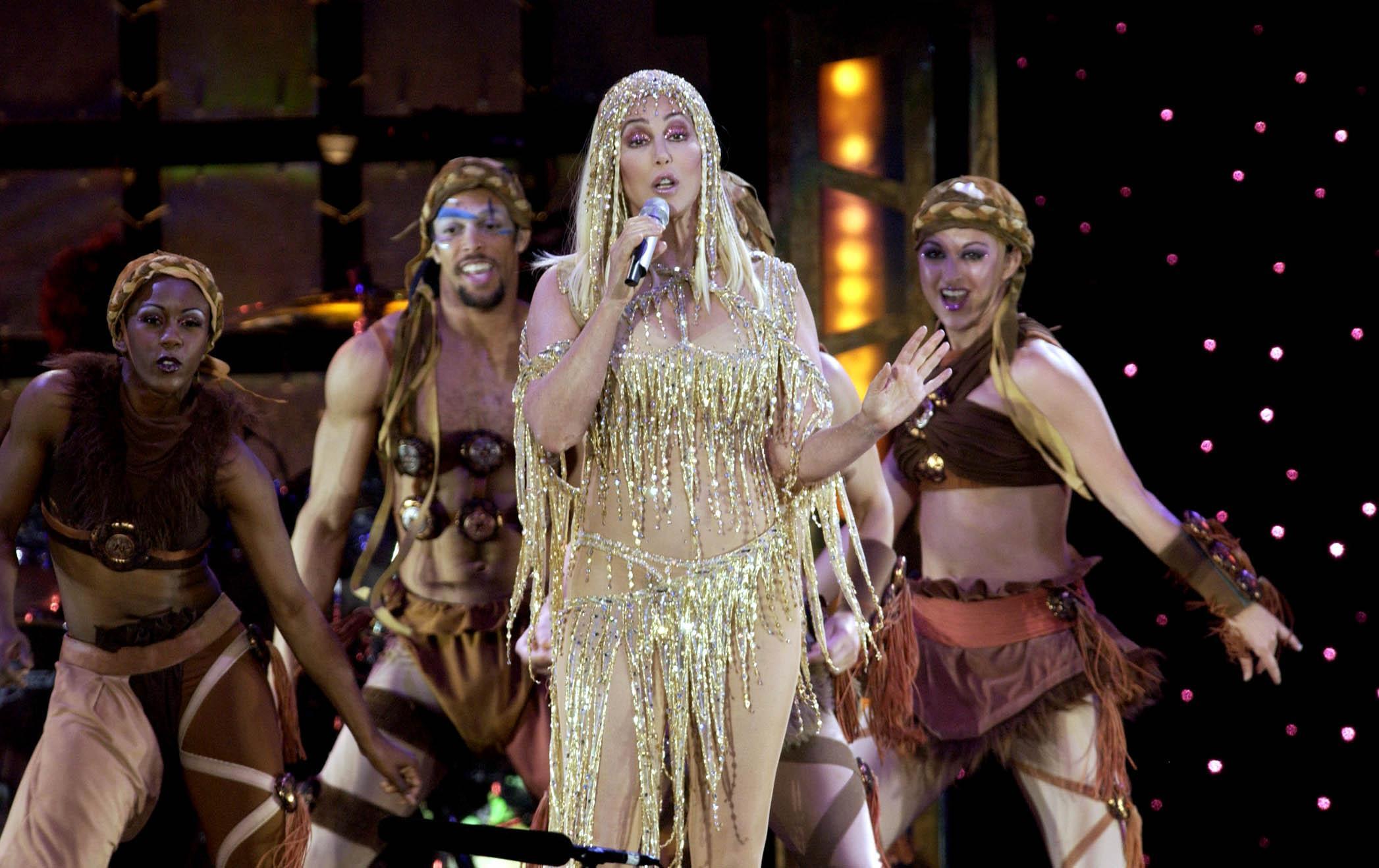 Reigning at the highest level of superstardom, Cher sits alongside a select few other ‘one name only’ entertainers, who have achieved the same global fame and showbiz success – no wonder she’s known as the Goddess of Pop.

A true triple-threat, the talented singer, dancer and actor, who celebrates her 75th birthday on May 20, has always made image a huge part of her career, whether she’s on stage, screen or the red carpet.

From her Sixties beginnings to the present day, these are some of Cher’s best fashion and beauty moments.

The Sonny and Cher years

Born Cherilyn Sarkisian in California, the singer shot to fame in the 1960s as one half of husband and wife duo, Sonny & Cher.

After scoring a string of hit singles (including I Got You Babe), the pair became TV stars with The Sonny and Cher Comedy Hour, but by the third season of the show they had separated, finally divorcing in 1975.

As well as performing with her then-husband, Cher embarked on a solo singing career in the 1970s, but decided after their divorce, she wanted to focus on acting.

While critics were sceptical at first, the singer-turned-actor soon proved them wrong, garnering an Academy Award nomination for best supporting actress in 1984 and eventually winning the best actress Oscar in 1988 for Moonstruck.

Not only did she impress on screen, Cher showed off some dazzling (and rather revealing) gowns whenever she appeared on the Oscars red carpet.

As well as Hollywood success, Cher enjoyed a musical comeback in the Eighties, after recording songs for the soundtracks to many of her hit movies.

Now in her 40s, she embraced the ‘more is more’ aesthetic of the era with huge hair and skintight, skimpy outfits, that showed off her incredible figure.

Experiencing yet another comeback, Cher reached a whole new generation of fans in her 50s with the release of the massive hit single Believe.

Touring and performing at awards ceremonies for the first time in years, the pop star swapped her trademark dark locks for wigs in all kinds of colours.

It’s hard to believe Cher has been in the spotlight for all these decades, particularly since she appears to have barely aged during that time.

After announcing her ‘retirement’ with a farewell tour in 2002, Cher has since gone on to complete a three-year Vegas residency, release more music and taken part in movie projects.

Starring in a fashion shoot last year, she proved that she can hold her own next to supermodel Naomi Campbell and her most famous fan, Kim Kardashian, who in 2017 paid tribute on Instagram to ‘my fashion icon Armenian Queen’.

Will this living legend ever really retire? We certainly hope not.