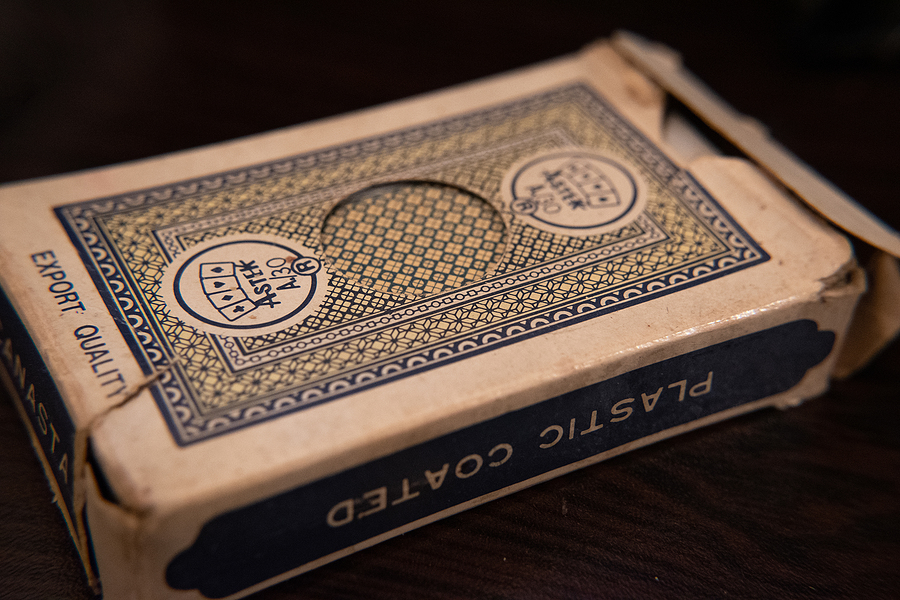 Popular card games and their origins

For centuries people have got together around campfires, dining room tables, on ships and in pubs to play friendly, and sometimes not so friendly, games of cards.

With families and regions often having their own set of rules passed on from generation to generation, it is easy to see why card games have been and are still so popular. Playing cards are portable, can be set up quickly, can be played just as easily for a few minutes or few hours and most games can be speedily scaled up or down according to the level of the players.

Generally believed to have been invented in China around the 9th century AD and evolved alongside tile games like dominos and mahjong, playing cards gradually moved west with the French simplifying the design and packs in the 1400s into the 52-card deck and four suits we recognise today. 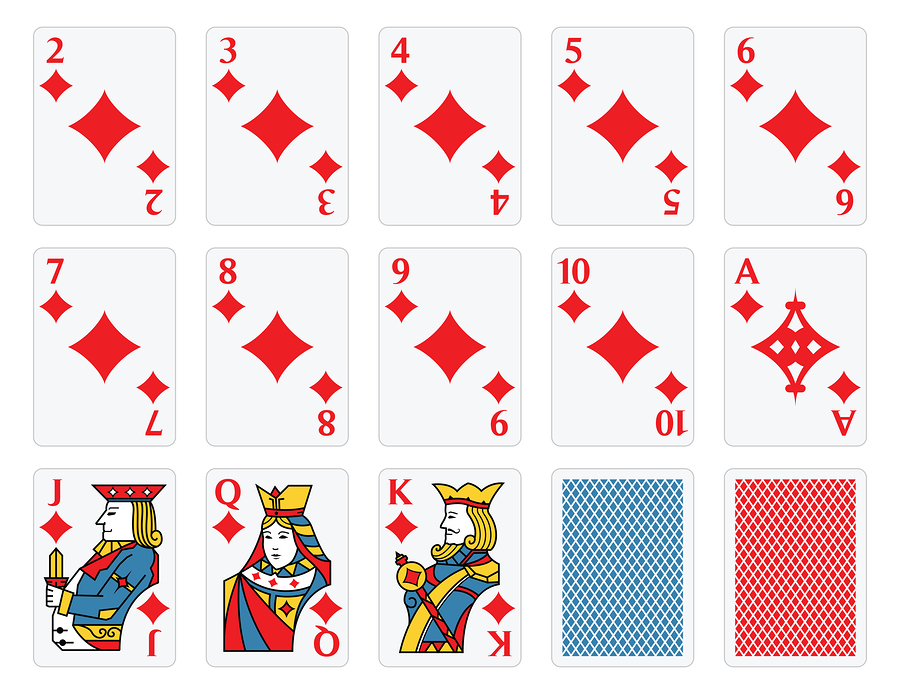 A few of the most popular card games

One of the best known and widely played card games with many variations and simplifications of rules is Rummy. Usually played with a 52-card deck with the object to form sets of three or four cards of the same rank or sequences of three or more cards of the same suit by drawing cards from a stockpile and discarding unwanted cards to a wastepile.

One of the best known variants of Rummy is Gin Rummy which is a knock-out game with points scored up to 100 when played over several hands.

The classic game of Whist is one of the oldest and simplest trump based card games. Played widely in the 18th and 19th centuries Whist was derived from the older game Ruff and Honours and replaced the main popular card game Trumps of the time. Whist is a partner game, with players partnering the person sitting across from them. The objective is to take more tricks than your opponents. A wide variety of games based on the classic whist have evolved such as Knockout Whist or Solo Whist.

Believed to be played sometime in the mid or late 1500’s, the card game 21 (or vingt-et-un) was highly popular in Europe. Making its way across the pond the US took the game and changed it into the Blackjack played today.

The goal of Blackjack is simple. The dealer gives each player, including himself, two cards. An Ace can be worth either 1, or 11. The numbers 2-10 are worth their number value, and face cards are all worth 10. The player can ask to be “hit” and the dealer will deal another card. The goals is to get to 21, or as close to it as possible, without going over. Getting closer than the dealer means a player wins.

Cribbage with its possible origins in the 16th Century card game called ‘noddy’ was made popular by Sir John Suckling who modified the game and so became cribbage in the 17th century.

With all its many variations and regional names given to points Cribbage remains a very popular game with the 4-player version often played in pubs.

One of the many descendants of Whist, Spades is a classic card game developed in the 1930s. While in Whist the goal was simply to take the most tricks, in Spades players bid the number of tricks they think they can take and try to take more. The trump doesn’t change and remains always Spades.

Spades is a versatile game with many different versions so enabling it to endure in popularity today.

Another trick taking card game, Hearts, has gained in popularity today thanks to Microsoft including it within their computer software.

The game was developed as a variation on the Whist and shares similarities to both Whist and Spades. In Hearts, or Black Lady, the goal is to avoid taking certain cards in tricks, or in many cases, just to avoid taking tricks all together.

Canasta is part of the Rummy family of card games and was invented by Segundo Santos and Alberto Serrato in Montevideo, Uruguay, in 1939.

As with Rummy, players build hands of matching cards or suited runes with different card types having different values. Canasta is hugely popular with many national variations.

There have been many variations of the game throughout history and it is as popular today as it ever has been. 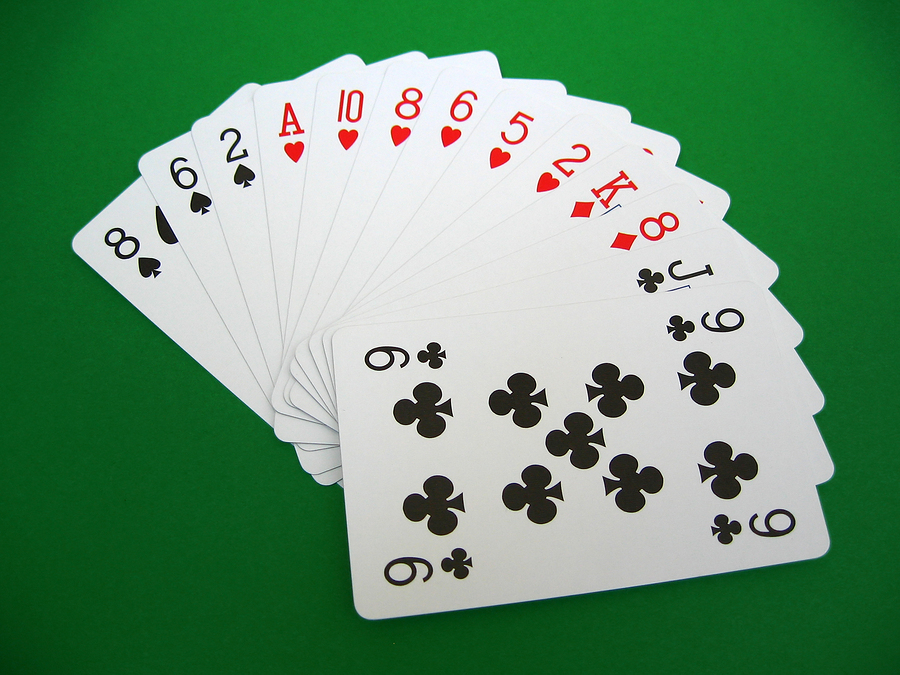 Originally known as Russian Whist, Bridge was probably the most popular trick taking card game during the mid-20th Century.  Possibly taking its name from the English pronunciation of the Russian ‘Biritch’ is the most popular derivation of Whist. The game has four phases: dealing, bidding, playing, scoring. The goal is to take tricks and fulfil your contract.

Recognised as a mind sport, Bridge is one of the most popular leisure activities in Britain with around 300,000 people playing on a regular basis.

Take a look at our online card games here

Do you enjoy playing card games? Can you add any to our list? We would love to hear your views.

viking
26th Aug 2020
0
Thanks for voting!
Thought that card games were a thing of the past in the UK. Young people now seem to find solace in gazing at the mobile phone screen. However card games still seem to survive in Europe and Scandinavia.
ReplyFlag as inappropriate

Fuller
25th Aug 2020
0
Thanks for voting!
I remember rag and bone man coming round and he gave me a goldfish in a plastic bag because my mum took some lid clothes out to him
ReplyFlag as inappropriate

Kes
25th Aug 2020
0
Thanks for voting!
I regularly play (or I did, pre-covid) a card game called Frustration. Four people, 2 packs of cards. It a type of Rummy, more frustrating, but good fun.
ReplyFlag as inappropriate 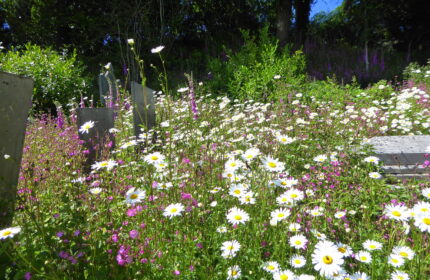