This site uses cookiesClick here to remove this messageMore information
Welcome to Silversurfers - features, offers, news & social forums for the over 50s...
Silversurfers
Log In Join
Silversurfers
Menu
Articles
Prize DrawsWin one of FIVE copies of Romantique by Vincent Niclo! 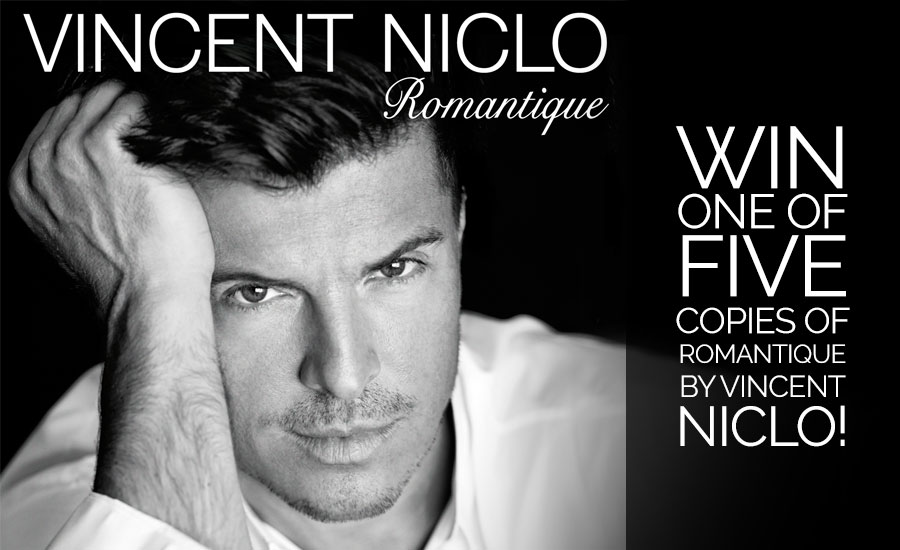 Win one of FIVE copies of Romantique by Vincent Niclo!

This month you could be in with a chance of winning ONE of FIVE copies of the debut album by Vincent Niclo called Romantique.

A charismatic and engaging musician, Niclo, who has sold over one million albums to date, is also a talented dancer, having recently reached the quarter-finals on ‘Dancing with the Stars’ on French TV.  He is also no stranger to British TV screens, having appeared on ‘Lorraine’ at the end of last year and also the ‘The One Show’, together with Placido Domingo.

Congratulations to our winner
Amanda Bailey, Ann Beddow, Steve Swider, Joy Gordon, Joyce Workman
We will contact you via email to assist in claiming your prize!