This site uses cookiesClick here to remove this messageMore information
Welcome to Silversurfers - features, offers, news & social forums for the over 50s...
Silversurfers
Log In Join
Silversurfers
Menu
Articles
Prize DrawsWin ONE of TEN copies of The Silk Merchant’s Daughter by Dinah Jefferies 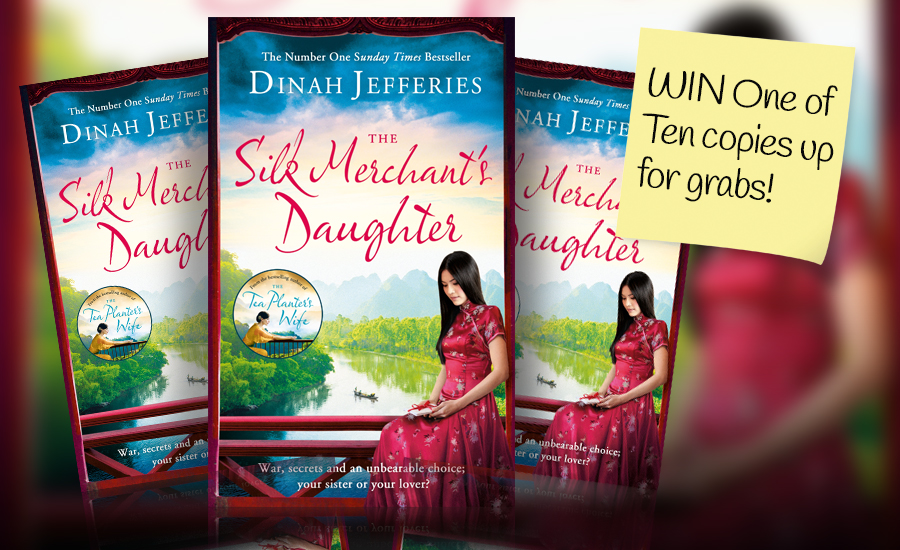 Win ONE of TEN copies of The Silk Merchant’s Daughter from the Number One Sunday Times bestselling author Dinah Jefferies published on 25th February 2016 in Hardcover and ebook, and due out 14th July in Paperback!

Dinah Jefferies was born in Malaysia and moved to England at the age of nine. She has worked in education, lived in a commune and exhibited work as an artist. The Silk Merchant’s Daughter is Dinah’s third stunning new novel; her previous novels, The Separation and The Tea Planter’s Wife, a Sunday Times bestseller, are both published by Penguin.

1952, French Indochina. Since her mother’s death, eighteen-year-old half-French, half-Vietnamese Nicole has been living in the shadow of her beautiful older sister, Sylvie. When Sylvie is handed control of the family silk business, Nicole is given an abandoned silk shop in the Vietnamese quarter of Hanoi. But the area is teeming with militant rebels who want to end French rule. For the first time, Nicole is awakened to the corruption of colonial rule – and her own family’s involvement shocks her to the core…

Tran, a notorious Vietnamese insurgent, seems to offer the perfect escape from her troubles, while Mark, a charming American trader, is the man she’s always dreamed of. But who can she trust in this world where no one is what they seem?

For you chance to win one of these ten Hardcover copies hot off the press enter below!