This site uses cookiesClick here to remove this messageMore information
Welcome to Silversurfers - features, offers, news & social forums for the over 50s...
Silversurfers
Log In Join
Silversurfers
Menu
Articles
Articles PropertyRetirement LivingCould a retirement community by the sea be for you? 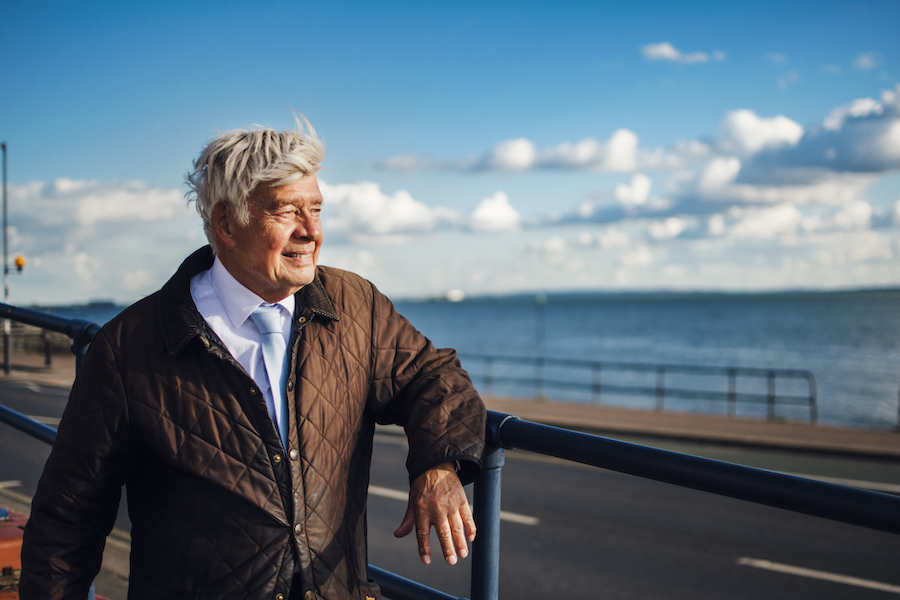 Could a retirement community by the sea be for you?

Retired stockbroker and former Britain’s Got Talent contestant enjoys the best of both worlds renting in a retirement community by the sea.

Renting in retirement can offer people flexibility to travel and the chance to move to a great location, which is what 77-year-old Diederik (Rik) Schmull found when he moved into a two-bedroom retirement apartment through My Future Living.

Originally from Amsterdam, Rik moved to the UK in 1979 with his job with Morgan Stanley. He enjoyed a successful career for over 40 years as a stockbroker and travelled all around the world for work.

He previously owned a flat in the Barbican in London for 25 years but sold it in anticipation of returning to Amsterdam and moved into a rented flat in Canary Wharf.

Rik had always wanted to move out of the city and found a rental apartment in a retirement community in Westcliff-On-Sea close to Southend which has a garden that looks over the beach.

Rik explains, “I was still very active and busy with meetings and events in London, so I wanted to be close enough to get there easily every week. I did lots of research and found an apartment at a development called Homecove House through My Future Living. I went to visit it and it was ideal. It’s close to the beach and there are lots of amenities around but I can get into London in an hour. It’s the best of both worlds. The air is much cleaner here and I enjoy getting out and about.”

Rik loves the fact renting is flexible and should he decide to move back to Amsterdam, he can do so quickly and easily. Each apartment has an emergency Careline button too which is important for Rik as he gets older, plus the property maintenance and services are paid for by the landlord at no extra cost to the tenant.

He says, “The assured tenancy was a real benefit for me. Having rented a few places on shorthold tenancies before, I ended up having to move twice at fairly short notice. I didn’t want that to happen again, especially as I’m getting older. Having the security of tenure that I can stay as long as I want is really reassuring.”

“There are a lot of people in this development and I’ve made friends with some of them. I don’t tend to go to many of the events that the development organises beyond the Christmas party; however it’s good to know I can if I want to. During the pandemic when we couldn’t go anywhere it was also reassuring that I had people close by so I never felt isolated or alone.”

Rik highly recommends renting in a retirement community. He says, “For me it’s worked out really well and I’m very happy. I was used to living in an apartment so the transition was easy. For others that are downsizing from a family home I can understand some may have reservations but I think as you get older living in a retirement community is ideal.

To find out more about renting a home in a retirement development visit www.myfutureliving.co.uk

Modelling at The Red House

Haulfryn: Your next home is closer than you think