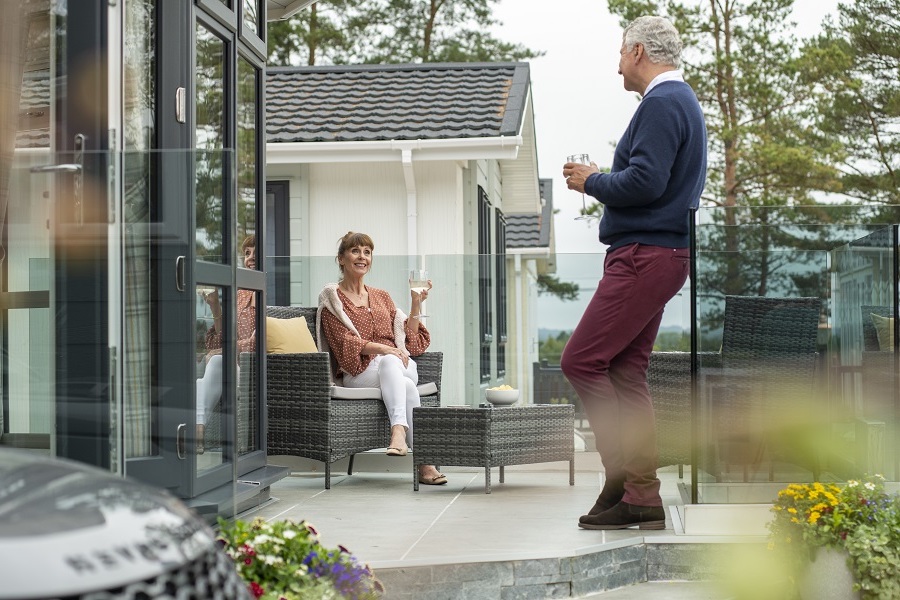 As the pandemic continues to change how we live, work and play, a new study has revealed that the nation’s over 50s are planning to put their hard-earned cash towards a fulfilling retirement instead of helping their children and grandchildren get onto the property ladder.

The report from RoyaleLife, the nation’s largest bungalow provider for the over 45s, asked 1,000 participants aged 50+ what they would spend their money on if they were to downsize to a smaller property ahead of retirement.

More than a quarter of those questioned said they would use the money to fund their retirement, followed by “generally treating themselves”, buying a new car, and going on a dream holiday.

However, statistics have shown that as little as 11% would put money aside for their children or grandchildren’s house deposits – and just 4% would contribute to their education.

Tim Simmons, Business Development Director at RoyaleLife believes that the profile of the traditional retiree has significantly changed: “People over the age of 60 are no longer identifying with the traditional retirement lifestyle. We are now living and working much longer, and we are generally fitter and more active in older age than we have ever been.

“The new-age retiree is rejecting bingo, minibus tours and games of bridge. Instead, they are looking to live life to the full and spend their life-savings on international travel, theatre trips and socialising with friends.

“However, we are also seeing a growing number of people who no longer feel financially prepared for retirement, particularly with the impact of the coronavirus pandemic.”

The research from RoyaleLife supports this, with more than a fifth of those questioned stating that they feel “very” unprepared for retirement – with those living in the midlands and east of England topping that list.

Furthermore, those aged 51-60 are more likely to look inwardly when planning their retirement finances with “helping children” ranked at only fifth on their list of priorities in comparison to a third-place ranking from those aged 71-80.

Tim adds: “The questions we have been forced to ask ourselves are – what have we missed most in the pandemic? And what is the most important?

“When we help to map out the retirement goals of people in their 50s and 60s, it is crucial for us to discover what their priorities are so we can identify their financial goals. From looking at RoyaleLife’s research, we can see that a third of older workers have reported that their finances have worsened in the past year – and that they were more likely to worry about money than those already retired.

“This reflects the growing number of people we have spoken to who are choosing to downsize their homes so they can free up some equity and enjoy a stress-free retirement.”

Phill said: “After our 25-year family run business collapsed due to the coronavirus pandemic, we were forced to make redundancies across our 20 strong team, including our two children.”

With financial ruin being a very real option, the Myalls decided to face their dilemma head-on. They sold their four bedroom home and opted to downsize so they could free up some cash.

“Downsizing means we have been able to fund our retirement. We now have the time – and money – to be able to enjoy an active social life. When not in lockdown we often visit friends and family, enjoy dinner with our neighbours and play golf – it has changed our lives.”

The secrets to staying young in retirement

Why choose a Willerby Bespoke park home over a bungalow?

Introducing our partnership with McCarthy Stone