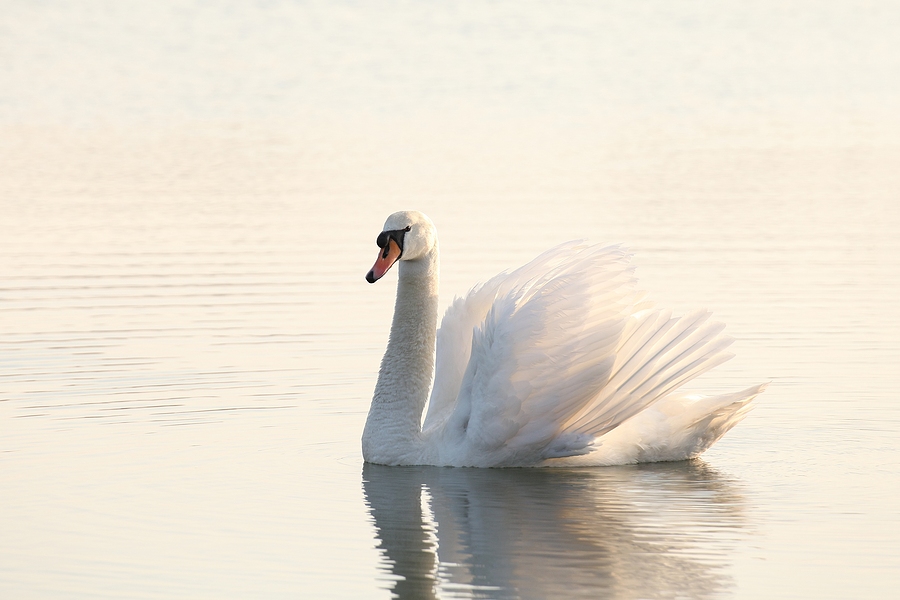 This is the true story of my bonding with an aggressive swan.

Once upon a time…… (sounds like a good start for a short story). There was an area with a couple of small lakes and a nature reserve surrounding them, with pathways round the whole thing. It had previously been a brickworks, which had been razed to the ground and formed the undulating area. It was known as the ‘Brickcroft’

It was widely reported that a male swan had been nicknamed ‘Psycho’ because it kept going for people on the pathways. I being middle aged and fit went running around those pathways, uninterrupted for around three weeks. However, on this particular day…. there he was, bold as brass, spreading his wings in an intimidating manner in front of me. Little did he know that I had been brought up in the countryside and was used to dealing with flocks of geese on various farms in that area. He moved threateningly towards me, sticking his neck out and making a hissing noise…. just as the geese did…. so I did exactly what I used to do with the geese and gently smacked him on the top of his beak. He moved to one side and I carried on my run.

The following day, I took some bread, soaked in milk, and when I saw him, I approached him with outstretched arm and fed him the juicy bread. I did this every day for many months and he allowed me to also feed his partner (Swans will only ever have one partner). Then came Springtime. He allowed me to feed his partner whilst she was sitting on her eggs, which is a great honour as male swans will usually drive anyone or anything that gets near to the nest away.

I carried on with this amazing relationship for many more months. The babies were fed by me, early on in their lives, and all seemed wonderful. Many people came to see me with those swans because they did not believe that ‘Psycho’ could be so tolerant. They saw him and his partner put their heads on my legs and look at me with love in their eyes. The press came and interviewed me and took pics of me with those lovely birds.

In the Autumn (Fall), I found ‘Psycho’ with one eye shot out by some idiot with an air rifle. I arranged for him to get it sorted at the vets but all they could do was make it germ free. A month later, someone found ‘Psycho’ with his neck tied in a knot…. dead. As you can imagine, I was devastated. How could someone do this to him…….. His partner and the young ones disappeared and were not seen locally again. I sort of blame myself for ‘Psychos’ demise, because he might have thought that the people who killed him were as friendly as me……..maybe I should not have become a trusted part of their lives.

Not A Good Day!
by PisceanLady