Not everyone's cup of tea, and, arguably, not a great topic for tea parties - a lot of us love nothing more than a good political debate. So if you want to put the world to rights, or simply air your political beliefs, broadcast them here!
Popular Posts: Would you like to see a debate happen about the monarchy? (11 comments) What do you think of Starmer's leadership of the Labour Party? (14 comments) Scrap the Sovereign Grant? (54 comments) NHS Pay for Nurses (0 comments) UK Census 2021 (15 comments)
Minimise all
View by: A to Z | Most Popular
Would you like to see a debate happen about the monarchy? 11 Comments, Last Activity 23/07/2021
As we approach the end of the Queen's reign the country needs an honest, grown-up debate about the monarchy. We need to stop and ask ourselves: Can't we just choose our next head of state? With polls showing young people wanting an elected head of state, the succession of King Charles will be a major turning point in the monarchy's history and in the growth of Britain's republican movement. There is going to be Billboards about this up and down the country. Interested?
Added By : TeresaC53
View Post
What do you think of Starmer's leadership of the Labour Party? 14 Comments, Last Activity 04/08/2021
Do you think he is doing a good job?
Added By : TeresaC53
View Post
Scrap the Sovereign Grant? 54 Comments, Last Activity 01/05/2021
The monarchy has never been funded like other public bodies, which are usually set an annual budget based on what they actually need to spend. What do you think?
Added By : TeresaC53
View Post
NHS Pay for Nurses
Feel free to sign this petition - https://petition.parliament.uk/petitions/560253
Added By : 12michael
View Post
UK Census 2021 15 Comments, Last Activity 16/03/2021
Did you know there will be a Census in March (Sunday 21/03/2021)? It will be primarily digital (you can get paper copies of forms on request) If you did/did not know does it bother you and why?
Added By : RetiredJohnB
View Post
Election
On the final day of campaigning, 15 former Labour MPs are urging voters not to back Jeremy Corbyn in Thursday’s election. The group cite the Labour leader’s record on anti-Semitism and "extremism", as well as his views on national security. The former MPs have signed an open letter - organised by campaign group Mainstream - that they say will run as full page adverts across a number of local and regional newspapers in the north of England, including dozens of marginal constituencies. The group includes several outspoken critics of Mr Corbyn, including Ian Austin, Gisela Stuart and Louise Ellman, as well as others who have not previously spoken out directly against him. The advert reads: “Everyone wants a safer, fairer society. But in this election the Labour Party is set to deliver the opposite. “We were all lifelong Labour voters and all former Labour MPs. We are voting for different parties at this election, but we have all come to the difficult decision not to vote Labour.” Ian Austin, chairman of Mainstream, says this is a “hard decision for Labour supporters" but “the risk is just too great”. The other signatories are Ann Coffey, Jim Dowd, Rob Flello, Mike Gapes, Tom Harris, Chris Leslie, Tom Levitt, Ivan Lewis, Michael McCann, Joan Ryan, Gavin Shuker and John Woodcock. Labour, of course, deny these sorts of accusations - they say Jeremy Corbyn has made great improvements in the way anti-Semitism allegations are being handled and has apologised for mistakes made in the past. In years gone by, Mr Corbyn publicly supported withdrawal of the UK from military alliance Nato - something his critics now often point to - but the 2019 Labour manifesto states the party is committed to ongoing membership.
Added By : jeffsoo
View Post
Free Broadband 8 Comments, Last Activity 09/04/2020
Labour is suggesting that there will be free broadband for all in the next 10 yrs if they are in power.Fact there will be 2 more general elections in the next 10yrs so it is highly unlikely that will happen.Corbyrn is either stupid or doesn't realise the true facts that he won't be in power in the next 10 yrs.Unlikely he will be in power in the coming election.So don't anyone be fulled in to believing that. Free broadband will never happen.
Added By : Bigjohn
View Post
General Election in December 6 Comments, Last Activity 02/11/2019
Well, we now have an election to deal with. Where do you think we will end up? I am guessing there will be less of us over 50’s around and more youngsters voting, so do you think this will make a difference?Do you know many people who have changed the way they feel re Brexit last time? Or will you not vote or vote on domestic matters instead?
Added By : dsr25
View Post
Boris Anyone? 6 Comments, Last Activity 21/06/2019
The second round of voting is finished, second TV debate is finished. Boris is in the lead. Is he the best of a bad bunch or PM or worst. Is he Prime Ministerial material. Would you vote for him?
Added By : Lionel
View Post
Petitions & Brexit 4 Comments, Last Activity 30/04/2019
Surely we have all seen the petitions on line, some small ones pro brexit, and some small, medium and HUGE petitions Pro EU. Even though many have been debated, most are simply responded to with pure properganda type government 'soundbites'.Are these petitions worth while or a wast of time?Have you signed the article 50 one? https://petition.parliament.uk/petitions/241584Is it worth signing after they have been debated? Will Brexit happen or not?
Added By : BrianDeVie
View Post
Loading more posts...
More Comments
Trending Now What's being discussed right now...
Hello - looking for like minded friends to chat with Just joined so I'm introducing myself. Pen pals Hi to everyone
Refresh the above list
JOIN SILVERSURFERS AND... 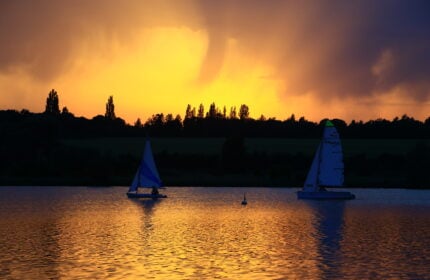