Advice on a tour to india

Most people get rupees on arrival, but you wont get the best exchange rates at the airport, local shops will offer preferential rates. Crime is rife there. Pickpockets work in gangs, watching people at ATMs, and following people all day if nec looking for an opportunity to steal their bag, purse, phone etc. My phone was taken at a bus station from a shorts pocket which had a zip, and my gf had her small rucksack on her lap on a bus and a lady moved close to her and somehow cut her bag and stole her bum bag containg £100 she had taken from an ATM earlier in the day and her phone and cards. They are good so be very aware. I used safety pins to secure my zips on my bags and clothes. it might be fiddly but no one will be robbing you.
Its a great idea to get yourself shorts with zips and buttons on the pockets. I had mine made for me.
Pay by cash. Handing over your cards is an invitation to steal your info. My gf worked for a national bank and heard many many stories of people holidaying abroad and a year later a stranger is trying to use their card info in a different country. Did you know there are sites where card info is shared and can be purchased ?
Use ATMs inside banks and try to mask your PIN, even bank employees cannot be trusted.
Everyone who goes to India gets deli-belly. Mostly its caused by kitchen staff not washing their hands, but can be because food is left hanging around too long. Carry some hand steriliser with you. Another common problem are ear and eye infections. You will need antibiotics to clear it up, ignore the locals who say get some drops from the chemist, that alone will not clear it up for tourists.
Many taxi drivers are honest but some are not. Same with Tuk tuk drivers.
Buses are great to travel on but do get incredibly crowded. Quite a lot of sexual touching games are played on buses and dont go thinking its a men only pursuit, it is not.
Beggars are everywhere. In the major tourist areas its very well organised, Its a bit like scammers online. Gangmasters will own a bus and ferry the beggars to one area and then move them the next day. Babies are used to gain your sympathy but these babies are often borrowed, drugged so they dont cry, and, horrible as it sounds, known to be killed and buried if they show signs of brain damage. Don't go thinking you can change the world by your charity, you cant. If you want to help someone tip kids working in cafes with Rs100, or give to the disabled single people, or provide some food for a poor family ... usually any gifts will be sold, what they want is the money to buy food and clothes, if you get the chance go and see how people live in fields and huts and share their lives for a day ....

There are two sides to many indians, the lovely warm welcoming person, and the one in need who will take advantage of visitors with no hesitation. For instance, a shack restaurant on a beach or in a village, will try to charge you for a cheese sandwich and a tomato sandwich when what you bought was a cheese and tomato sandwich.

Be alert. Corruption and crime IS a way of life, but, so is the appreciation of tourism by honest indians. Good Luck
Response from Wilf made on 21st Aug 2016 11:06:06
We went to india a few years ago and while I did get ill the rest of the family didnt. We were very careful about food and I put it down to the money which is filthy
ReportReply to Wilf
Response from ThatManViv made on 21st Aug 2016 11:15:41
the bugs that cause deli-belly do not live on money, they die very quickly.
its mostly caused by the disgusting sanitary arrangements in toilets, the lack of washing and sterilsing of toilets, the kitchen staff who do not have access to toilet rolls and soap, and even if they do they dont use it ....even in fairly decent hotels the toilet facilities for staff are deplorable ...
ReportReply to ThatManViv
ReportAdd a Comment Reply to ThatManViv

kman35
20th Aug 2016 20:14:27
0
Thanks for voting!
We were able to get rupees when we went 6 years ago, as far as I can remember I think I got them from the Currencyclub.co.uk
When we applied we were all nature where to get a visa and went to the Indian embassy in Belfast were we live, they don't actually process them there but gave us the address and telephone number to get one but alas I have not kept it so do approach your local Indian embassy.
Do not book with India airlines, they are very prone to giving your seat away to others for a bribe, this is known as bumping. We flew with Emirates which we booked through Last Minute.com who were very helpful.
As we were being hosted by an Indian family I really can't advise a lot on anything else but to assure you that we felt safe and really enjoyed our trip. The best time to travel is December/January as it is very hot outside these times.
If you have any further questions please ask.
ReportAdd a Comment Reply to kman35

Trending Now What's being discussed right now...
What music are you listening to right now? Just joined so I'm introducing myself. Pen pals Hello - looking for like minded friends to chat with
Refresh the above list
JOIN SILVERSURFERS AND... 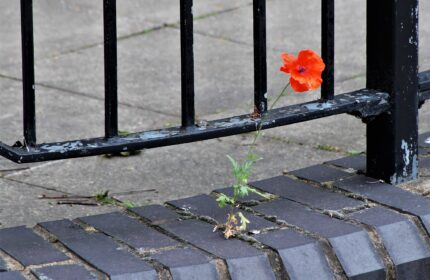 Apologies to The Sound... By Martdel
Latest Recipe

Would you vote to legalise euthanasia?
Cast your vote now...