Has anyone travelled with Fred Olsen Cruise Lines before??

Thinking of cruising with Fred Olsen Cruise Lines. Can anyone offer any advice or past experiences before I book.

annia65
6th Oct 2016 07:27:22
0
Thanks for voting!
I have been on a couple of cruises this year, one in March on the Magalan, she sails from Tilbury, I think its the Marine & Cruise Line. I really enjoyed it, particually the evening meal, we were groupsed as singles about the same age group, it worked well. I arrived back on Sunday from a cruise on the P& O ship, the Azura. It's a lovely ship, but sadly I found dinner times traumatic & spent most having room service in my cabin. They have free dining, I had two choices, be put on a different table every night or sit alone. I tried the larger tables,
Couples & groups found an elderly single woman foistered on them a pain, on my last try at sitting alone a strange strange drunken woman on the next table found it amusing to pull faces & stick her tongue out at me. The other meal times were no problem,. I am going on a Fred Olsen cruise in January so will see how that works. I have cruised before, but until this year with either my friend or husband, both have passed away, so will keep trying. I also went on a coach holiday this year, that was quite pleasant. I don't mind being alone, prefer it during the day as I can find plenty to amuse myself.
ReplyFlag as inappropriate

sandrag6503
29th Jun 2016 19:14:24
0
Thanks for voting!
Ive been with them twice i liked traveling with
them as they are a smaller ship. You see people you have meet the day before. Not like the larger ships.
ReplyFlag as inappropriate

bobso7
23rd Jan 2016 14:02:37
0
Thanks for voting!
Hi
I have been on a number of Fred Olsen cruises, as previously commented there are better cruise lines in terms of food and facilities however it may depend on what you are willing to spend and also how much you like having children playing near by.
I cruised four times on the Balmoral (their bigger ship) the food whilst not outstanding was acceptable as far as cabin goes I went mid price and was happy enough. There were only a couple of children on board so no undue noise. Interestingly the best cruise I went on some ten years back was a Thomson (The celebration) if you don't mind flying to the ship for us this was undoubtedly best food and best facilities.
Hope that helps.
ReplyFlag as inappropriate

DavidJL39
30th Aug 2015 15:13:50
0
Thanks for voting!
Please write your comments here...can be part of the cruise experience.
ReplyFlag as inappropriate

DavidJL39
30th Aug 2015 15:13:23
0
Thanks for voting!
We have had one Fred Olsen cruise - we took a last minute bargain offer of what they called a suite but in reality it was just a very large room. The other cabins seemed to be extremely small.

I like smaller ships so FO scores well in that respect.

I also liked their practice of serving (free) coffee in the lounge after meals.

The food was disappointing by comparison with other lines.

The entertainment was also more limited but we had a good cruise director and I was happy with a musical duo they had on board.

I doubt I would go on another cruise with them. I think the ships la k the wow factor which is part of the C
ReplyFlag as inappropriate

Silversurfers Editor
17th Jul 2014 12:45:30
0
Thanks for voting!
How did you get on researching your Fred Olsen Cruise holiday?
ReplyFlag as inappropriate

Silversurfers Editor
12th Jul 2014 16:30:47
0
Thanks for voting!
Hello Allig .. read this feature and then contact Gary, who will be happy to give you some advice abut Fred Olsen cruises from his first hand experience : http://www.silversurfers.com/travel/cruises/free-upgrades-silversurfers/

He is an ABTA registered member of the Fred Olsen Travel group and your holiday will be ATOL protected.

He may be able to quote you a very good rate with a possible upgrade too! Just mention Silversurfers and he will do the best he can for you! 🙂
ReplyFlag as inappropriate 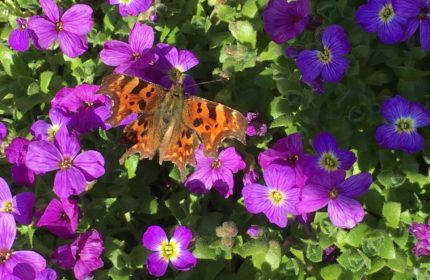 When We Were Kids By GrandmaCaz
Latest Recipe