THIS IS A REVIEW FOR: WIMIUS Q4 SPORTS ACTION CAMERA 4K

These Action Cameras are brilliant for use at the beach, I've personally ruined a camera I liked because of gritty sand getting in it. The picture quality obviously isn't going to be as great as a full camera, but you don't risk it getting destroyed! This 4K Action Camera was considerably cheaper than anything I could get from a big brand like GoPro. Inside the box are a vast array of accessories, mounts, clips, a charging wire and most notably two batteries. This is handy as these tiny cameras tend to have limited battery life, so swapping after some recording would be helpful. The camera can be entirely powered from a Power Bank, so if you want to skip the fuss of these tiny batteries that might be an alternative. Recordings at 4K, 30fps seemed to actually stick to this frame rate consistently without frame drops or repeats, but the picture was heavily compressed and has some noise. I actually found that the 1080p 60fps video was much better. It was smoother and less compressed and noisy. The 720p 120fps slow motion video was very smooth, however, the image was not sharp at all, the edges of objects were fuzzy. Quality was sufficient for casual use. Microphone performance is poor, however, I expected that from such a small camera. Unfortunately, the batteries are only 900mAh, this is smaller than most action cameras which usually have a 1050mAh battery. At 4K recording I wouldn't expect to be able to record longer than 45 minutes. Fortunately, it does come with a second battery unlike many other Action Cameras so it's not the end of the world. At first, I couldn't get the app to work whatsoever on my Android phone, after some playing around I found out how to get it to work consistently on Android. Firstly go into your phone settings and turn on Aeroplane mode. While keeping Aeroplane mode on, turn on WiFi. Switch on WiFi on the Action Camera by pressing the 'Up' button. Then connect to the network on your phone. Finally, open the WiMiUS App on your Android phone and it should work reliably! I thought the app worked quite well, my only major complaint was that it doesn't allow you to use it in landscape. Which is odd when the camera's footage is landscape. Pros: + Cheap compared to a GoPro! + A huge range of accessories, with instructions actually stating which you need for different jobs! + A second battery is included, which negates the poor battery life. + Has a 'Driving Mode' which allows it to act as a Dash Cam + 120fps slow motion + Excellent app compared to other Action Cameras, in-app recording playback worked without buffering. + No frames dropped or repeated at 4K 30fps or 1080p 60fps (as far as I could tell). Cons: - Batteries are 900mAh not 1050mAh as typically provided with most Action Cameras. - App didn't work at first, but I found a solution (See above for this.) - 4K video has considerable noise Overall I'm really pleased with the camera. It's not going to replace a DSLR for proper recordings but is a great accessory for the beach or for sports where you wouldn't risk hurting your precious expensive camera. The vast range of accessories are nice, as well as the manual showing what scenarios they are used in.

Trending Now What's being discussed right now...
Just joined so I'm introducing myself. Winter fuel payments - have you had yours yet? Hello - looking for like minded friends to chat with Pen pals
Refresh the above list
JOIN SILVERSURFERS AND... 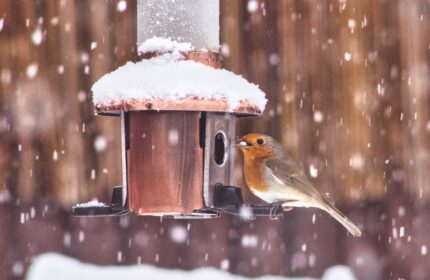