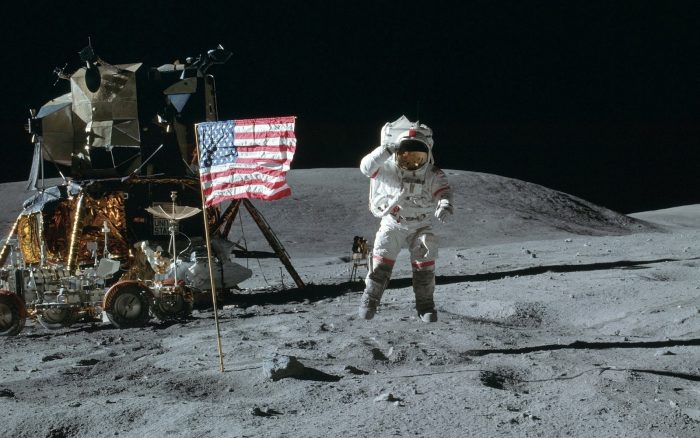 Should we do another moon landing?

48 years ago on 20 July 1969, Neil Armstrong made history when he stepped down from his ladder and put his foot on another world.

His now iconic remark “That’s one small step for a man, one giant leap for mankind,” was watched at home by more than half a billion people around the world.

Few people alive who watched that broadcast would be able to name a more significant moment in history.

Between 1969 and 1972 there would go on to be another five manned landings – but none since.

In the decades since the historic Apollo 11 mission brought Neil Armstrong and Buzz Aldrin to the moon, dozens of conspiracy theories have questioned whether it truly happened at all.

Today, NASA and other space agencies around the world are working to return humans to the moon by 2020. In just three years we could see the historic feat repeated again.

Many people have wondered why – if the technology existed to do it in 1969, why doesn’t it exist now?

In short, while it’s still possible to take astronauts to the moon for several hours, it’s an incredibly expensive endeavour and a gesture that would be more symbolic than scientific.

Instead, the ambitious new project – called Constellation – is about much more than flags and footsteps.

The Constellation astronauts will be working on missions that could last months at a time – they will effectively be living on the moon.

And they need more sophisticated tools and technologies to do it, along with better rockets to carry the people and equipment there.

But what is the benefit? Do you think we should send astronauts back to live on the moon? Or is it better to focus on other aspects of space exploration?