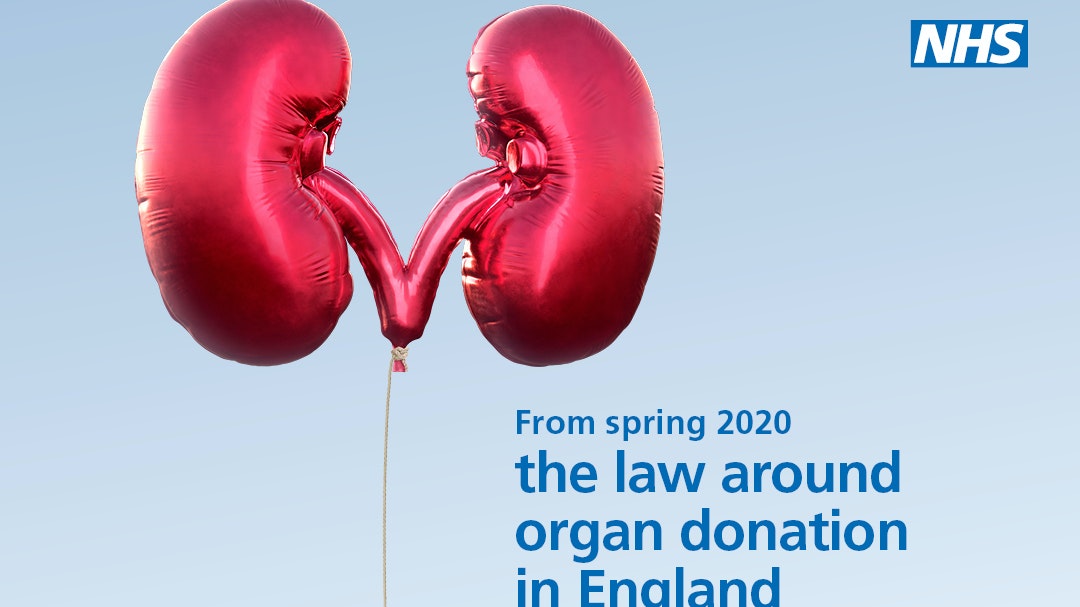 Are you happy to remain opted-in for organ donation?

A new organ donation law is introduced today, where most adults in England are now automatically considered organ donors unless they opt-out, aimed at boosting the number of transplants giving hope to people waiting on life-saving operations.

A similar law was introduced in Wales in 2015, while Scotland is due to have such a measure in place by autumn 2020. Northern Ireland continues to have an opt-in system.

Max and Keira’s law sees a shift to an opt-out system, whereby those aged 18 and over are deemed to have given consent to donate their own organs when they die, unless they explicitly state otherwise or are in an excluded group.

Keira Ball saved four lives, including that of Max Johnson, also aged nine at the time, after her father allowed doctors to use her organs for transplants following a crash in 2017.

It is hoped the law, which takes effect from Wednesday, will lead to an additional 700 transplants each year by 2023, and spark conversations around organ donation.

Faizan Awan, one of thousands of people across the UK awaiting a transplant, said: “For many people like me, who are waiting for an organ, the law change is a sign of hope and a transplant would dramatically change my life in a number of ways.

“With the new law coming into effect, it is now more important than ever to talk about organ donation and get the conversation going amongst our family and friends.”

Anthony Clarkson, director of organ and tissue donation and transplantation at NHS Blood and Transplant (NHSBT), said: “We hope this law change will prompt all of us to consider whether or not we would want to donate our organs and encourage us all to register and share our decision with our family and friends.”

He added that people should be aware they will still have a choice on whether or not to donate, and reassured the public that families will still be consulted, and faith, beliefs and culture will continue to be respected.

Mr Awan, 33, from Blackburn, is waiting on his third kidney transplant, having received one as a child and, after that failed, another when he was a teenager.

He has been on the waiting list for the past two and a half years.

He said: “This will be my third transplant and will be the most complicated yet as it will need to be a near perfect match – which means it needs to come from my own community.

“This means it is incredibly likely I will be waiting for a while as the Asian community are underrepresented as donors on the NHS organ donor register.”

He urged people to look into organ donation and see how it can work alongside religious and cultural beliefs.

Acknowledging the increased effect of Covid-19 on people from black, Asian and minority ethnic backgrounds, Kirit Modi, honorary president of National BAME Transplant Alliance, said his organisation is working closely with NHSBT to “carefully consider and work to address any disproportionate impact on BAME patients”.

The number of transplants taking place across the UK recently has dropped dramatically due to the coronavirus pandemic, with figures from NHSBT showing that just 99 such operations were performed in April compared with 244 in March.

NHSBT said it is working closely with transplant centres who are considering re-opening their programmes in a phased return to normal as NHS services are scaled up again.

Health minister Lord Bethall said earlier this week that while the law comes into force on Wednesday it may not come into practice straight away “due to the limitations of Covid”.

Health Secretary Matt Hancock said: “Today we celebrate a milestone for organ donation as we move to a new system of deemed consent in England which will mean hundreds more lives could be transformed each year.

The law change has been widely welcomed by charities including the British Heart Foundation and Kidney Care UK.

What are your views? Are you happy to be automatically opted-in for organ donation if needed, or would you prefer to opt-out?