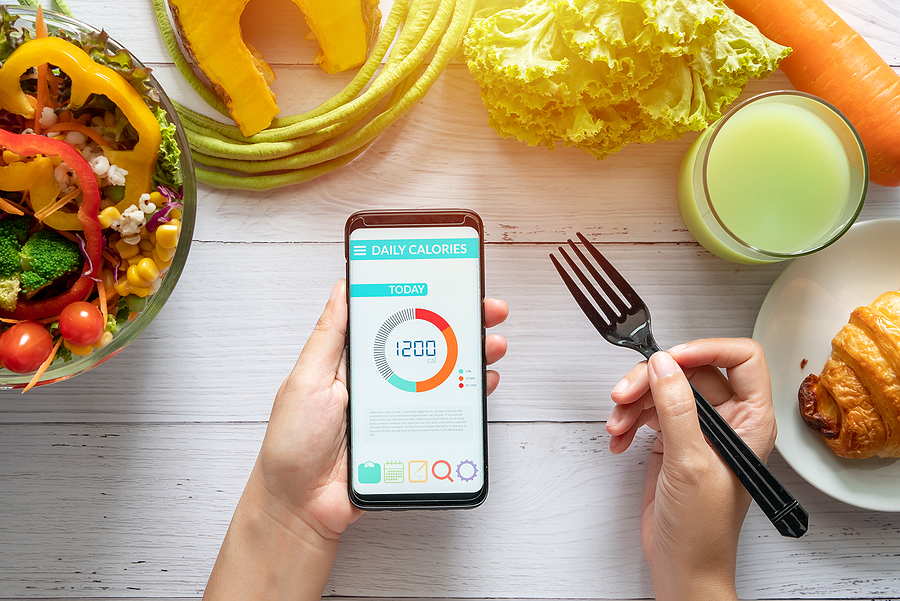 Do you agree with adding calorie counts to menus?

As part of the Queen’s Speech earlier this month, the Government announced plans for restaurants, cafes and pubs with more than 250 employees to put calorie details on their menus.

However, some have voiced their concern as they believe the plan will negatively affect people with eating disorders.

Beat carried out a survey of 1,118 people with an existing or past eating disorder, or those caring for them, and found that 93% felt the move would have a negative or very negative impact on them and some 89% said they did not support the introduction of mandatory calorie labelling.

One respondent said: “The thought of seeing the calories on menus makes me feel so sick, and sends me straight back into the depths of my eating disorder.

“It’s going to affect so many people and, instead of helping, will only make the mental health crisis worse.”

A parent said: “Going out to eat during my daughter’s recovery was a big step. Without doubt, having calories printed on the menu would have made this virtually impossible. The two together would not have worked.”

Beat has launched a new campaign asking members of the public to write to their MP to voice concerns, with more than 4,000 people taking part so far.

However, Izzi Seccombe, chairwoman of the Local Government Association’s community wellbeing board, says: “Pub, restaurant and cinema chains need to be displaying calorie counts so consumers and parents have a more informed choice and a better understanding of how healthy a particular snack, meal or drink is.

“At a time when two-thirds of adults and more than a fifth of four and five-year-olds are obese or overweight, helping people make more informed choices about what they eat will clearly also help tackle the obesity crisis we face as a nation.”

Do you believe adding calorie counts to menus will help with the fight against obesity? Or perhaps you agree with the charity that it may negatively impact those living with eating disorders?

Do you agree with adding calorie counts to menus?

302 people have already voted, what's your opinion? Yes No

Dayzee
4 days ago
1
Thanks for voting!
Haven’t no calories on menus has helped me in the past but I can see that for some it might be a problem. However, we have become used to all the free from info on menus. Hard decision to make as we are all different. Problem with bans, etc, they treat us all the same and perhaps stop us understanding how changes effect others and make us less tolerant.
ReplyFlag as inappropriate

HappyHippie
5th Jun 2021
0
Thanks for voting!
you can chose to ignore it if you want to but people who are watching their weight would find it useful
ReplyFlag as inappropriate

cehodgson
4th Jun 2021
0
Thanks for voting!
Slightly on the fence on this one. It could help to know the calorie content of the meals but might not help those with eating disorders. Some places offer lite alternatives and that’s a good idea. Maybe have some menus with calorie content, some without.
For me personally, I eat pretty sensibly and so the calorie content of a meal out wouldn’t matter very much as it’s a one off occasion.
ReplyFlag as inappropriate

EmS9
29th May 2021
2
Thanks for voting!
If you have to count calories don't eat out. End of.
ReplyFlag as inappropriate

jeanmark
28th May 2021
1
Thanks for voting!
I think the idea can be damaging to those with eating disorders who already believe 200 calories is are too high.

It will not necessarily help those who are obese particularly if they have a rare diseases such as Prader-Willi syndrome.

There are a number of reasons why someone may 'overeat', it isn't necessarily about simple greed and being made to feel guilty about eating too much can and does increase the problem.
ReplyFlag as inappropriate

Lionel
30th May 2021
1
Thanks for voting!
@jeanmark
One reason too many of our generation appear to over eat is because of some words our parents drilled into us:

'Eat what's put on your plate. Food's too scarce to waste.'

With the gargantuan portions dished out these days it's little wonder so many people of our age over eat. Something mother said.
ReplyFlag as inappropriate

jeanmark
30th May 2021
1
Thanks for voting!
@jeanmark > @Lionel
The problem Lionel, is it is also the young who are overweight and has nothing to do with not wanting to waste food. I agree that the highest percentage appears to be in the over 45's. However in 2017 to 2018 2.4% of children aged 4 to 5 years and 4.2% of children aged 10 to 11 years were severely obese. I'm sure most of the problem relates to social factors such as poverty but it is a worrying trend for children to grow up obese.

At the other end of the scale you have young girls and also boys worrying about their weight even before puberty!

I also agree restaurants and fast food places tend to serve very large portions, and people feel they have eat it. I'm afraid my husband and I are considered mean because we order one sandwich and share it, plus why do you need chips with a sandwich...
ReplyFlag as inappropriate

viking
31st May 2021
1
Thanks for voting!
@jeanmark > @Lionel > @jeanmark
"I'm sure most of the problem relates to social factors such as poverty "
Forkert. Due to the actions of a certain European nation [ must not be beastly to them ] and having lived off the land with an occasional food parcel from the Cruz Roja in 1940, your pronouncement does have exceptions. Most of the survivors I have seen, still don't show any excess fat tissue and are certainly not overweight.
ReplyFlag as inappropriate

Dayzee
4 days ago
0
Thanks for voting!
@jeanmark
Prayer-Willi and pituitary related eating disorders are very difficult to manager. Sadly some people assume because you look overweight you eat too much by choice.
ReplyFlag as inappropriate

Dayzee
4 days ago
0
Thanks for voting!
@jeanmark > @Dayzee
Meant Prader-Willi!
ReplyFlag as inappropriate

jeanmark
3 days ago
0
Thanks for voting!
@jeanmark > @Dayzee
Dayzee, I totally agree but there are also psychological reasons that may lead to overweight, I met a young woman who was raped aged 14 who felt if she was very fat it wouldn't happen again! People are very quick to judge those are are grossly overweight!
ReplyFlag as inappropriate

MrsPat
28th May 2021
1
Thanks for voting!
Its a good idea as a toll to help us all loose weight but quite frankly I look at the menu and eat what I fancy as we only go out a few times a month to our local pubs and restaurants.
ReplyFlag as inappropriate

Wilf
28th May 2021
2
Thanks for voting!
I have a Seefood diet..I eat what a see---end off. Looking at calories as well-seriously I have not got enough time on this earth to be bothered about calories.
ReplyFlag as inappropriate

viking
29th May 2021
0
Thanks for voting!
@Wilf
When first reading your short essay Wilf, it was read by me as seafood diet, thought to myself.............lucky beggar !!
Now we could open a thread on can a seafood diet make a person loose weight !! ?? It could open the flood gates for cost , shellfish poisoning, unhealthy batter, poor fishermen, Brexit fishing grounds, etc, etc !! Lets all join in and enjoy the break !!
ReplyFlag as inappropriate

Rosedeb
28th May 2021
2
Thanks for voting!
I think it's handy if you ever eat out but don't think it will cure obesity.
ReplyFlag as inappropriate

Bald123
25th May 2021
3
Thanks for voting!
Unless I had a pair of glasses on I couldn't read the menu and all I am bothered about is the food. The Mrs is another matter all she wants to eat are lettuce leaves and a few carrots.
ReplyFlag as inappropriate

Munsterlander
25th May 2021
3
Thanks for voting!
What a load of cobblers! We are lucky to have food just eat it and enjoy!
ReplyFlag as inappropriate

viking
25th May 2021
5
Thanks for voting!
It is already on Weatherspoons menus and has been for a long time now.
Useful too if the foreign worded menu has been written to deliberatly confuse the diner.
Who knows the calorific values of pigs trotters in squid ink ???
ReplyFlag as inappropriate

Munsterlander
25th May 2021
3
Thanks for voting!
@viking
Pigs Trotters-poor pigs. I could not think of anything worse to eat and feel sorry for the pigs.
ReplyFlag as inappropriate