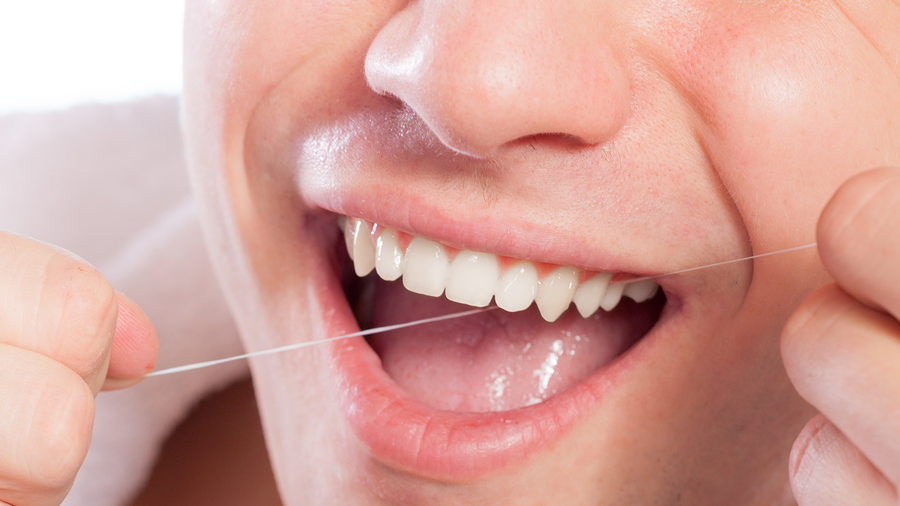 It seems like simple, sensible advice to improve our health : Eat five portions of fruit and vegetables a day, exercise regularly, don’t smoke, drink sensibly, and – of course – floss. Or not!

Turns out that despite being recommended by numerous scientists and universities, the effectiveness of flossing has never been researched, according to a new report from the Associated Press.

The NHS is to review guidance on flossing your teeth after health officials in the US quietly dropped the recommendation, admitting that there is no scientific evidence to show it works, and that there is no proof that flossing prevents gum disease or stops cavities.  Advisers at the British Dental Association say it is largely ineffective and instead recommend “inter-dental” brushes, which are small enough to clean in any gaps between teeth.

A Public Health England (PHE) spokeswoman said it keeps “abreast of the evidence base and will consider these findings”.

She said: “Some people may not have large enough spaces in between their teeth to use an inter-dental brush, so flossing can be a useful alternative. Patients should speak to their dentist if they have any concerns.”

Current NHS guidance recommends flossing once a day but that is due to be reviewed in January.

Are you a daily flosser? How long have you flossed for?  Do you use inter-dental brushes? Will you now consider changing your habits?

Do you floss your teeth?

228 people have already voted, what's your opinion? Yes No

Rossie Raspberry
3rd Sep 2016
0
Thanks for voting!
I have used floss for many years and still do and also now use interdental brushes, make my teeth feel more comfortable especially as l have a few crowns which always need cleaning after eating.Maybe l will try the water pick method although l was told they can disturb fillings, so more expensive crowns!!!
ReplyFlag as inappropriate

Munsterlander
25th Aug 2016
2
Thanks for voting!
I have always flossed them and will continue to do so. Its just healthy and makes my teeth feel cleaner. My wife has recently got some "sticks" that are just as good to brush between our teeth
ReplyFlag as inappropriate

backpacker
9th Aug 2016
3
Thanks for voting!
I had a fall whilst on holiday in Vietnam a few months ago, and broke several teeth so had extensive dental work. My lovely Vietnamese dentist recommended a water flosser; I use it twice a day and it's fantastic - I'm amazed at much food debris is dislodged with it and how much cleaner my mouth and teeth are.
ReplyFlag as inappropriate

greenpea
7th Aug 2016
1
Thanks for voting!
No I don't floss any more since I was told about interdental brushes. I now use them every day and my dentist is happy too. There's little for him to do and my gums are ok now as well.
ReplyFlag as inappropriate

HJR58
5th Aug 2016
0
Thanks for voting!
I dont floss every day but my lower front teeth are so close together I cant get interdental brushes between them. This research seems to fly in the face of what dentists and dental hygienists say so I'll continue my regime!
ReplyFlag as inappropriate

Marley444
3rd Aug 2016
3
Thanks for voting!
Never been a big fan of flossing ... have recently discovered interdental brushes and much prefer using them .. Used to use a brand called Tepe with a wire filament in the brush, but my dentist showed me some ones without wire and I much prefer them. They are Ultradex Wire-free Interdental Brushes.

I do get fed up with all the contradictions in health advice I must say!! Than god at our age we have a lot of common sense and are old enough to make our own choices!
ReplyFlag as inappropriate

JohnHerb
3rd Aug 2016
1
Thanks for voting!
My brother flosses and as he is as old as me (in his 60s) when he does his fillings come out and crash into the sink so he has stopped doing it. I floss when I remember-good old brushing the teeth should do it
ReplyFlag as inappropriate

Wilf
3rd Aug 2016
5
Thanks for voting!
I always floss about three times a week and have done for years and years. Now we are told that its useless? I just don't get it. Should I have my 5 pieces of fruit a day or will I be told in 5 years that this is a waste of time? I will keep flossing as I am sure its good for your dental hygene.
ReplyFlag as inappropriate

Is there a rat problem in your area?

Should Covid vaccination be mandatory for care home workers?

Would you be happy with a scaled-down wedding?
JOIN SILVERSURFERS AND...