This site uses cookiesClick here to remove this messageMore information
Welcome to Silversurfers - features, offers, news & social forums for the over 50s...
Silversurfers
Log In Join
Silversurfers
Menu
Articles
Articles Speakers CornerShould grandparents be free to spoil grandchildren as much as they wish? 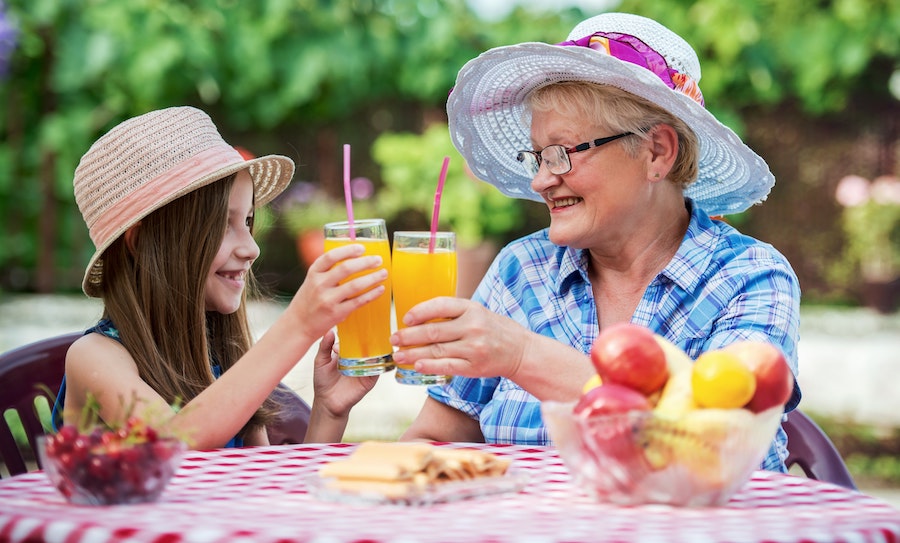 Should grandparents be free to spoil grandchildren as much as they wish?

A mother has written into an advice column with an interesting challenge; she relies on grandparents to help with childcare but feels they are spoiling her daughter too much.

“My mum helps me out by babysitting a couple of times a week, which leaves me free to work part-time. The problem is that she’s making it very difficult for me to bring up my daughter properly. She spoils her all the time (against my wishes) and tries to take over whenever she’s there at the same time as me.

“She will actually push me aside if my daughter needs anything, and if I say ‘no’ about something, my daughter has already learned that if she asks Nana, it will be a yes!

“The odd thing is she used to be really strict with my brother and I, which, while we didn’t like it at the time, worked well for us. We both appreciate the boundaries now and think it’s turned us into better people. My daughter, though, is in danger of turning into a little brat and I’m finding it hard not to lose my temper with my mum.

“I know I should be grateful for her support, but other people are beginning to comment on the change in my daughter’s behaviour. What do I do?”

Trained counsellor Fiona Caine replies that grandparents who say yes to everything can be a very common dilemma and suggests:

“I’m afraid that being a grandparent and spoiling the child tend to go together – grandparents have been notorious ‘spoilers’ for longer than I can remember. They do it because they enjoy it – with their own children (you), they had to do the hard work. Now they can just have fun! That doesn’t make it right, but it may go some way to explaining it. The problem is, as you fully realise, they don’t have to suffer the consequences of their indulgence. Think about how often have grandparents said: ‘And then you can just hand them back!’

“As your mother is supposed to be helping you, losing your temper isn’t going to help you or your child in the long term. Your mum is obviously thrilled at being involved so, somehow, she needs to understand your beliefs about childcare and be willing to go along with them.

“So how do you go about getting her to respect your rules? Simply asking her to stop spoiling your child probably won’t get you very far. You need to find a time when you and your mum can talk things over together without anyone else, particularly, your child, interrupting. If she thinks she’s part of the solution rather than part of the problem, she’s more likely to listen.

“You are going to have to accept that she is going to want to indulge your child sometimes, but explain your concerns about behaviour. Point out what a good job she did in bringing you up and tell her you want the same for your daughter.

“Think about what is most important to you – the basic rules on which you really cannot compromise – and make those very clear, but ask her what her rules were for you as a child too. Getting her input into your daughter’s up-bringing may help to remind her of her own values once more.

“You may have to make up the odd little white lie if you clash over something you feel is important but that she doesn’t recognise as such – unhealthy snacks, for example. Tell her your partner’s family has a history of bad teeth so can she please limit sweet snacks (make sure your partner knows this!).

“Obviously, things to do with your daughter’s wellbeing and safety are not up for discussion. She MUST be buckled up properly in the car and not allowed to sit on someone’s lap, for example. On such matters, you can lay down the law and, if necessary, threaten to withhold visits until your mum agrees with you.

“Finally, your daughter needs to be taught the difference between grandma’s rules and yours. She can learn quite early on that the two different places have different rules, and special treats like missing naps and sweets shouldn’t be expected at home. Be willing to make some compromises but, if your mum refuses to listen to you and your needs, you may have to get tough, however hard that may be for you in terms of childcare.”

What do you think of this advice? After all – in this situation, we don’t know whether the mother’s rules are overly strict or in fact quite reasonable, and she does rely on the grandparent to provide childcare. Grandparents who spend this much time with their grandchildren, are at least in part, also responsible for rearing their grandchild.

Should grandparents be free to spoil their grandchildren as long as it isn’t harming the child? Or should the parent’s orders always be obeyed? Share your views at Speakers Corner.