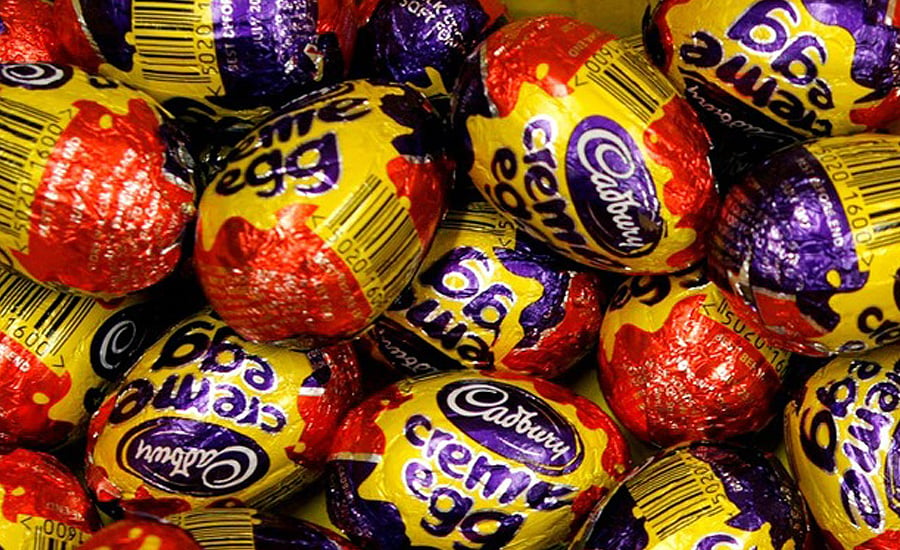 The Cadbury’s Creme Egg was first launched 43 years ago in 1971.

Fans of the sickly-sweet fondant-filled snack may be shocked to learn, however, that the company’s US owner has quietly changed the recipe. It’s no yolk!!

The American food giant that owns Cadbury’s is facing strong criticism for “secretly” rolling out a new “cheap-tasting” Creme Egg. Kraft Foods has replaced the hugely popular Cadbury’s Dairy Milk shell with one made from a standard cocoa mix chocolate, according to The Sun newspaper. Apparently this new recipe makes the Creme Egg taste like ‘cheap chocolate’.

To add insult to injury, this year they are reducing the numbers in the multi-pack box from 6 to 5, however the price all remain unchanged!

Are you a fan of the Cadbury’s Creme Egg? Are they one of your guilty pleasures? Do you love them or hate them?

How do you feel about the recipe change?